Terrorism by Another Name 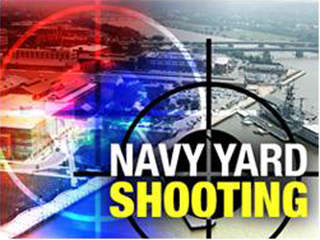 Yesterday, we witnessed another mass shooting in which 13 people lost their lives, eleven of them unarmed random victims. The shooter, Aaron Alexis, and a police officer were the only armed persons with a sense of purpose, the former going on a shooting spree, the latter seeking to stop him. If Alexis had an Arabic sounding name or been known to frequent Islamic gatherings, no doubt this tragic incident would have been labeled “terrorism.” However, because it involved an American ex-reservist that label has not been applied.

From what we are told, our government spends billions of dollars “protecting” us from potential “terrorists.” The NSA, the CIA, the FBI, the Department of Homeland Security and countless other agencies (we are told) are routinely preventing potential terrorist acts, even breaking privacy laws to do so, thus allowing us to live free of fear. I have no doubt these agencies have our best interest in mind. Yet when it comes to preventing the profligate distribution of firearms that allow “ordinary” citizens to commit widespread tragedies like what happened yesterday, our leaders become hand tied by the financial and public pressure of the NRA, the gun industry and their minions. Let’s just think about it – Columbine, Virginia Tech, Newtown, Aurora, now DC – had these acts been committed by those labeled as terrorists, we would spare no effort to protect ourselves from the next onslaught.

The gun industry and NRA use such incidents to promote their “stand your ground” agenda, when in fact they should be held liable for promoting and profiting by acts of terrorism. Without abridging anyone’s right to own a gun, simple legislation, more vigilant oversight, and stronger efforts at prevention and law enforcement could significantly reduce the incidents of domestic violence.

We ought to call the NRA what it is – an organization with a narrow-minded agenda complicit in acts of random violence. It is time we take off our blinders and quit euphemistically mincing our words, and call such acts and those who allow them to occur for what they are – terrorism.