Talking to White Folks About Race: Responding to the Guilt, Shame of Powerlessness of White Privilege

This is the seventh in a series of postings where I share some thoughts on how to talk with the whites in our families, workplaces, organizations and social networks about the difficult topic of race. I don’t claim to be an “expert” on the topic, but rather am one simply sharing what I have learned over the years. As such, I hope that this and other postings can provide some helpful guidance and meaningful dialogue both on and offline.

In this entry I explore the roots of guilt and powerlessness so often expressed by whites when the topic of race comes up in conversation. 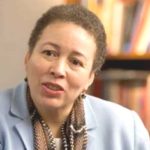 Dr. Beverly Tatum, formerly a Professor of Psychology at Mt. Holyoke College, noted that when she discussed racism, many of her white students became bound up with a deep sense of guilt and hopelessness. Like Dr. Tatum, over the years I have found that both in classroom and workshop settings, when white folks begin to gain an awareness of the reality of racism and their part in it, they often slip into a profound sense of guilt. Even those who want to deny the reality of racism in our society, or in their lives, will defend themselves by accusing me of trying to make them feel guilty when all I have done is mentioned the words “race” and “racism”.

In my book, White Allies in the Struggle for Racial Justice, I relate an incident that occurred in a course I teach on Race and Ethnic Relations. I broke the class up into racial caucuses, meaning that the African-American, Latino and white students each met separately in their racial groups. I asked each group to come back in thirty minutes and share what they celebrated or valued in their racial/ethnic heritage. When the groups returned, the African-American and Latino groups shared several cultural treasures, but the white group’s response was quite different. They said: “We looked at each other for twenty minutes and didn’t even know how to start the conversation.” Their sense of guilt was so overwhelming it silenced them.

When white folks begin to grasp the way in which racism is intertwined in their personal and professional lives, in their attitudes, perceptions,  institutional policies and even laws, their worldview begins to crumble. When they confront the historical myths that have been propagated by educational institutions, political leaders and even faith leaders (often unknowingly and unconsciously), that realization can be devastating. With the sense of guilt comes feelings of confusion, powerlessness, and hopelessness. One wonders: How can we undo past actions of our ancestors? How can we undo the ways our laws and cultural mores propagate racial discrimination? How can we interact with our white peers who still live with misconceptions we once had? These are challenging questions, and it is tempting to retreat into denial. In fact Janet Helms, whose work Beverly Tatum references in her book Why Are All the Black Kids Sitting Together in the Cafeteria, says in developing an anti-racist identity, white folks often first retreat into denial and willed ignorance before choosing to struggle intellectually, emotionally, and spiritually with the way racism has permeated their lives.

Recently, I was leading a workshop for some current and recently graduated college students, and in the group was one young man who had obviously done some reading and given a great deal of thought towards how to become anti-racist in his thinking and actions. He said: “I feel so overwhelmed and often guilty. How can I work on being anti-racist without feeling so awful?” 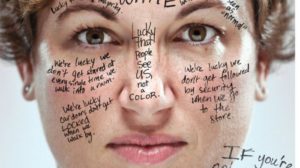 I didn’t give him the comfort he hoped for, but instead said: “You can’t. You are right where you need to be. But I assure you that if you keep on doing what you are doing, you will come out on the other side.” The pain of  recognizing one’s participation in and benefitting from racism is so intense because it causes us to question and challenge so many aspects of our lives we thought were just “normal.”  The most hideous dimension of whiteness is that white privilege and white power lead us to believe that our worldview and way of life is the norm by which all other racial groups must seek to live. To realize that lie can be devastating.

However, recent research has suggested another source of the guilt and powerlessness that conversations about race bring up for white folks: racial trauma.  When Dr. Martin Luther King, Jr. was marching against segregation in the South, he often insisted that in freeing African-Americans he was also freeing white folks. He said: “The Negro needs the white man to free him from his fears. The white man needs the Negro to free him from his guilt.”  I used to think that was a nice rhetorical turn of phrase, but couldn’t  really make sense of how eliminating segregation would free up the white folks oppressing them. 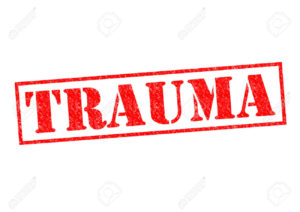 However, a great deal of psychological and neurological research has been done on the impact of historical trauma on both white folks and black folks. For blacks, the trauma developed from the centuries of enslavement, rape, lynchings, poverty, Jim Crow laws, police brutality and other expressions of dehumanization and second-class citizenship. For whites, the trauma arose primarily from living in constant fear of black retribution.  In fact at the height of the slave era, in some Southern states blacks outnumbered whites five to one.  Whenever there were slave uprisings, like the Haitian Revolution or the rebellions like those led by Denmark Vesey and Nat Turner, terror would run like electricity through white plantations in the South, leading to more repressive measures designed to keep slaves down and “in their place.” This fear even impacted the writing of the U.S. Constitution, which mandated that slave states could count three out of every five slaves for the purpose of the census, so that Congressional representation would not be so heavily tilted toward the Northern over against the Southern states.

This fear is a close cousin to guilt and persists today.  Fear keeps whites from honestly facing their history and the benefits accrued from it. It is quite common for whites to distance themselves from the actions of their ancestors, and even take strange comfort when they can say their ancestors did not own slaves. That avoids the deeper issue, that in forsaking their European culture for whiteness, white folks inherited the benefits that came with whiteness. So whether or not our ancestors held slaves, fought Native Americans, or fought against Mexico to take over their lands in the American Southwest is not the point. As whites, we got a leg up on other racial groups in terms of wealth, employment, education and much more. When we break through and begin to realize these inequities that benefitted us, we feel guilt.

Now I am not suggesting that if a white person experiences guilt in the context of a conversation about race, they are experiencing trauma. What I am saying is that this fear and guilt is something that is socialized into white folks, and reinforced by our educational systems, our media, and our political leaders, and makes it difficult for white folks to think and act in racially inclusive, anti-racist ways.  In order to help our white friends, family members, and colleagues come to grips with the ways in which their lives have been impacted by white privilege and power, we need to realize how deeply embedded the fear and guilt can be in people’s psyche. The sense of powerlessness and hopelessness arises when one begins to realize that their way of thinking and being in the world needs to radically change.

I find it helpful to think of racism as an addiction. Recovering addicts not only have to stop using the alcohol or drugs that have taken control of their lives, they also must change their way of life. They need to find new 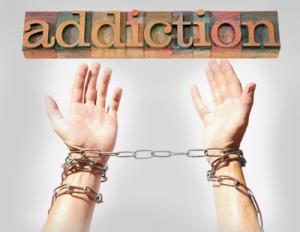 friends, develop new ways of dealing with stress and conflict, create new avenues toward joy and purpose in their lives, and basically overhaul their whole way of being in the world. For recovering racists, the path is very similar. We have to unlearn and relearn the truths of our history; we need to seek out new friends, new entertainment, and orient our lives in a new way.  We need to be aware of inner biases, attitudes, and misconceptions that cloud our ability to see people of color in a positive light.  We need to recognize that signs of racism embedded in our institutions. We need to think, speak, and act in ways that run often counter to the way we were raised.

As those trying to help white folks with guilt, we need to acknowledge the pain and struggle that awareness of racism brings. We also need to acknowledge our own struggle with this transformation process. We need to listen without judgment or correction when folks share things they may have said or done. We need to correct misconceptions and false ideas, but do so in a spirit of love and gentleness, not condemnation.

Now some might think that this approach I am suggesting is pandering to people who just need to get their lives straight. No doubt there are times when we need to speak clearly and boldly to the atrocities that are occurring, and we need to condemn actions like Charlottesville unequivocally. However, when we are talking with people who are really trying to understand and contend with feelings of guilt and powerlessness, our role is to affirm the path they are on, and let them know that those feelings they are experiencing are to be expected, but also a sign of positive change. Personal change of any sort is never easy. It is why people persist so often in self-destructive habits and behaviors. Turning away from racism is no different.

When those white students in my class expressed how overwhelmed they were by the realization of racism in their lives and in our society, I didn’t condemn them. I told them stories of white folks in U.S. history who could be role models of what it is like to live a life committed to fighting racism. That incident was the seed that eventually became my book on White Allies.  The stories I tell in that book have impacted me, and I believe can impact others toward a more anti-racist lifestyle. 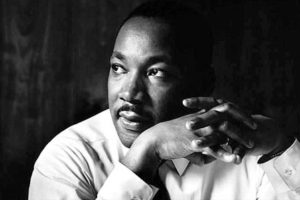 The more I have thought about these issues and worked on them in my own life, the more I have come to believe that what is needed is a spiritual transformation.  Unfortunately, religion has often been used to reinforce and propagate racism, rather than confront it. However, at its core most spiritual traditions call us to a deep inner place, where meaning and purpose are shaped, and which connects us with a transcendent reality we call God, a Higher Power, Allah, mystery and the like.  In a very real sense we are calling people to what the Bible refers to as repentance and conversion. The Greek word for repentance (often associated with guilt) is really about changing the direction of one’s life. Conversion at its root is experiencing a rebirth, a reawakening to what is true, good and worth living for. When Dr. King said that the Negro needs free white folks from their guilt, that is what he was referring to. And when we talk with people who are facing their own guilt, we are inviting them into a lifelong, spiritual process toward liberation from guilt and fear of the other.

Tatum, B. (1994). Why are All the Black Kids Sitting Together in the Cafeteria and Other Conversations about Race. New York: Basic Books.

***** Looking to explore these and other important issues whihle earning agraduate degree, check out the MA in Urban Studies program, Eastern University at this link.****