Talking to White Folks About Race: Be Relentless

This is the eighth in a series of postings where I share some thoughts on how to talk with the whites in our families, workplaces, organizations and social networks about the difficult topic of race. I don’t claim to be an “expert” on the topic, but rather am one simply sharing what I have learned over the years. As such, I hope that this and other postings can provide some helpful guidance and meaningful dialogue both on and offline.

In this final installment I urge whites of conscience, who seek to be allies in the struggle for racial justice, to persist relentlessly to efforts to ignore or shut down conversations and other efforts to address racism.

Few are Guilty, All are Responsible 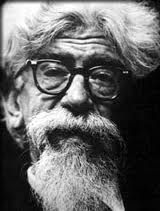 On January 14, 1963 Conservative Jewish rabbi Abraham Joshua Heschel rose to deliver the opening address at a conference sponsored by the National Conference of Christian and Jews. At that conference he met and formed a fast and deep friendship with Dr. Martin Luther King, Jr. who had also been invited to address the group. Later that year, King, along with hundreds of others would be arrested in Birmingham, Alabama for opposing segregation in that city.  Later that year, hundreds of thousands would gather on the mall in front of the Lincoln Memorial to hear King deliver his “I Have a Dream” speech. Later that year, four little girls preparing for youth Sunday would be killed when a bomb exploded at the 16th Street Baptist Church in Birmingham, Alabama.

All of that lay ahead of the country as Heschel rose to deliver his speech, “Religion and Race.” In words biting with truth and urgency, Heschel named racism as “satanism, unmitigated evil” and “a cancer of the soul.” He called upon white Americans, and particularly white religious leaders, to speak and act prophetically against racist acts and practices in their lives, their houses of faith, and society in general. He called them to be less concerned about the “purity of their dogma” and more concerned about “the integrity of their love.” He analyzed the issue not just as a matter of individual bias, but also as result of a corrupted moral state of U.S. society. In conclusion he announced, “Few are guilty, but all are responsible.”

That phrase “Few are guilty, but all are responsible” became a refrain issued by Heschel against all forms of oppression, and is a refrain we need to take up today.

Whites Have No Real Excuses

Throughout this series, I have drawn from my experiences in attempting to talk to white folks about race and racism in our society.  I have tried to provide some insights into the defenses and rationalizations white folks often use when the topic of race enters the conversation and ways to address those defenses. Throughout this series, I have tried to emphasize the importance of ongoing conversations in personal relationships, often with people who are closest to us: our families, co-workers, and friends.  I have stressed that this is slow, painful, long-range work. Yet, it is work that our friends and colleagues of color call us to take up in concert with efforts to change laws, policies, and institutions that denigrate and discriminate based on a person’s race. I have also stressed that while we are talking with others, we must continue to work on our own internalized racism.

While there may have been a time, when white folks in remote areas of the United States might have been able to honestly say they did not know that things were so destructive and discriminatory, with 24-hour news cycles and social media, today such a claim cannot be made.  Many whites can honestly say that they too are struggling economically and feel like they are in a contest with people of color in some sort of race to the bottom.  However, few if any whites, can relate to cases of unarmed people of color being killed for asserting their basic rights like Eric Garner, Trayvon Martin, Philando Castile, Sandra Bland or Tamir Rice.  Few whites can honestly justify the disproportionate discrimination against people of color when it comes to school funding, healthcare, criminal justice, housing or employment opportunities. White folks may not understand why these discrepancies exist, but the discrepancies themselves are undisputed public knowledge. So, the issue not one of having access to the truth of racism, but whether one is willing to see, hear and 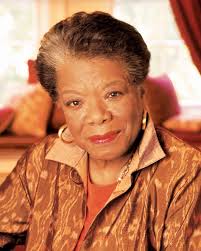 Take the blinders from your vision,

take the padding from your ears,

and confess you’ve heard me crying,

and admit you’ve seen my tears.

While white folks today may not have created the laws and structures that ensure inequality and discrimination, we know they are there, and all are now responsible to address them. As Rabbi Heschel says: “Few are guilty, all are responsible.”

The True Source of Guilt

If white folks are guilty of anything, it is not for what has happened in the past; it is not what our ancestors did or did not do. Rather, it is our inaction and indifference to change what we know to be true. It is acting as if the myths and lies of our history have had no impact on our present. It is regarding trivial and meaningless the hundreds of thousands of school children who don’t receive a basic quality education, the people of color have been targeted for incarceration and violence, the white nationalists who shout, “Blood and Soil” invoking a Nazi spirit, and the politicians who use racial bigotry as a tool to get elected.  White guilt lies in seeing and hearing such things and doing nothing, acting as if these things are of no concern or consequence.

The work of addressing racism in our predominantly white communities, churches, workplaces and social settings is the work white folks of conscience must be engaged in. Few are guilty, but all are responsible.

We must be unrelenting and persistent in our efforts to address racism in its personal, relational and systemic forms.  Quoting abolitionist William Lloyd Garrison, Heschel said: “I will be harsh as truth and uncompromising as justice.” Now, we know in our own day the hallowed principles of truth and justice are too often compromised.  From the White House to the Congress to the office building to the neighborhood, truth and justice are up for grabs and compromise.  That is why Heschel also says that “This hour calls for moral grandeur and spiritual audacity.”

Our commitment to work for racial understanding and justice cannot be rooted in social acceptance, material success or personal gain, but rather in the foundational assertion that in this nation “all [people] are created equal and endowed with certain unalienable rights, including life, liberty and the pursuit of happiness.” Our commitment must be grounded in the fundamental assertions of our faith traditions and our moral codes. Racism in its many forms is an unmitigated evil, a cancer, a scourge on the face of our society and must not be allowed to operate without strong and persistent opposition and resistance.

In conversations with our friends, co-workers and loved ones, we may find ourselves coming to what feels like an impasse.  People will say we just don’t want to talk about this “race thing” anymore.  Recently, one of my students related a stalemate she had reached with one of her aunts. In a recent discussion post, she wrote:

I don’t think it’s that we shouldn’t patient with people – but we shouldn’t just let things go. Patience when enacted as compassionate but critical confrontation of sinful attitudes and actions is fine, but patience as a way to smooth things over and allow people to continue in ignorance (whether willful or not) it’s [not] ok. I think the alternative is [to] be willing to put ourselves out there in our relationships – making sure that we are properly educated on the topic and then confronting falsehoods and hatred and covert racism as we see it.

She went on to describe a difficult conversation with her aunt following the events in Charlottesville last summer. After some back and forth, the aunt said to her niece, “I guess we will just have to agree to disagree.” But her niece would not hear of it. Instead she said:

I cannot agree to disagree on something where I am clearly correct about the history of the matter. If what you mean is you want to stop talking about it for right now, that’s fine – we can take a break. But it’ll come again, because it’s a part of my everyday life with my community work and my transracial family – and we will continue to disagree, and I will continue to implore you to see it a different way. So, if you want to continue in relationship with me, just know that this conversation will have to continue.”

If racism is evil, and a cancer, then our white friends, family members and co-workers are morally sick and spiritually bankrupt. The love this niece has for her aunt does not allow for avoidance of the racism at the heart of our society and its institutions. Few may be guilty, but all are responsible, and so we who seek to address the racism at the heart this society, particularly in the white community, must be relentless. 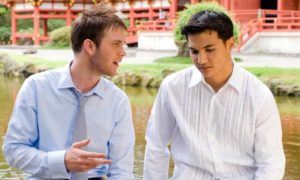 To be involved in meaningful discussions on this and other critical issues of the day, check out the MA in Urban Studies program to learn more at this link.