Talking Points in Response to the NRA

Last week Wayne LaPierre, vice president of the NRA, spoke out in response to the horrible shootings in Newtown, CT, and for the first time, the public has responded with a critical eye to some of the logic La Pierre  and his ilk have used in his response to the terrible tragedy. Let us be clear on a couple of things as we reflect on LaPierre’s words. First of all, we need to realize that he was not posturing; he truly believes what he said. Second, we need to realize that the NRA, the Gun Owners of the America and the gun industry will respond with all the resources at their disposal to confuse and distort the issues around guns; and those resources are sizable. Already they are hitting the airways with proposals designed to confuse rather than clarify the issue. So in this blog I want to provide a few talking points as we write our legislators and talk with our co-workers and friends about these important issues, and I will do so by taking the vary statements La Pierre used in his press conference. 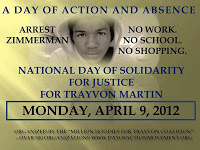 First, La Pierre stated that there are already 20,000 gun laws on the books, so why do we need more. Now I am not sure where he came up with that number but there is no question there are a lot of laws because gun legislation is largely handled at the state level, and so there are 50 sets of laws. Congress and federal government have limited control of gun practices. What is needed is a comprehensive framework from the federal level to guide states. However, that is a long way off given the current polarity in the Congress . What Congress can do is ban assault weapons, coordinate a national database of people who should not be allowed to buy guns, and provide funding for enforcement through the Bureau of Alcohol, Tobacco, Firearms and Narcotics (commonly referred to as ATF). The Congress also can provide funding for the Centers for Disease Control (CDC) to do research on the effects and causes of gun violence.  Now while there are many laws, the NRA has actually been actively and successfully working to weaken existing laws and to pass laws allowing for individuals to carry concealed weapons in public. (Think George Zimmerman and Trayvon Martin). So some of these many laws have actually made guns more readily available rather than restricted. LaPierre conveniently forgot to mention that fact.
This leads to La Pierre next point that we just need to enforce existing laws, not pass new ones. That would be great place to start except the NRA has strongly pushed that the ATF be given reduced resources so that ATF does not have the people power to adequately monitor gun shops and other sources providing guns. The NRA have also sought to undermine the national database by having supporters in positions of influence at the state level not send in the information the database requires and because ATF is underfunded they can’t go after them. The NRA also pushed through legislation that de-funded gun-related studies of the CDC because those studies showed that the presence of a gun in a home actually increasedthe likelihood of gun-related injuries or deaths rather than decrease them. These goes against the bumper sticker logic of the NRA that guns somehow make us safer. The research just does not back that up claim.

La Pierre’s most outrageous proposal was to put arm guards in every school. Yesterday the NRA president David Keene  altered that proposal by saying school personnel should be able to have a range of options for protecting themselves – arming teachers, principals, having police officers, private security, etc. The logic of this proposal expressed by La Pierre is that the only way to stop a bad guy with a gun is to have a good guy with a gun. This is the “wild west “ logic that the NRA has used for years, and is reflected endlessly in our movies, television, video games and media. This logic is like trying to plug the dam after the water has broken through. The goal should be to reduce the overall presence of guns, keep them away from children, felons, people with emotional problems and so on.  Just yesterday three Clementon, NJ police officers were shot in the police station by an assailant. Trained guards do not prevent violence, that logic is too late. As the CDC study referenced above pointed out the presence of guns themselves present a threat; do we want these sorts of readily available in a school? I don’t think so.
La Pierre also criticized the entertainment and video game industry for promoting violence. For LaPierre, a representative of the firearms industry, to make such a statement would be laughable if it were not so tragically hypocritical. Like many other manufacturers and retailers, the firearms industry uses product placement in movies and games as a way of advertising their product. Just this week the NY Times reported that the website for video game Medal of Honor Warfighter was directly linked to the gun manufacturers whose weapons are featured in thegame. This is not an anomaly but standard practice for gun manufacturers to get their product out there.

Finally, the media keeps reporting that the public is evenly divided on the issue of gun control. That assertion is based on an ongoing Pew Research Study that asks the following question: What do you think is more important – to protect the right of Americans to own guns, OR to control gun ownership? In answer to this question the public is evenly divided. However, anyone who does research knows, the question you ask skews the results you get. The question asked by PEW set up a false dichotomy between allowing Americans to own guns and gun control. In Pennsylvania, a heavily pro-gun state, when more specific questions were asked a widely different result was received. When asked if that state ought to limit the sale of handguns to one gun per month per person, nearly 70% of people voted in the affirmative.  When asked if persons should be required to report a gun that was lost or stolen there was a similar result. These laws are focused on straw purchasing, the major source of most guns used in crime. So in many ways the public is overwhelmingly in favor of common sense legislation which addresses parts of the problem without restricting others’ right to legally own a gun. 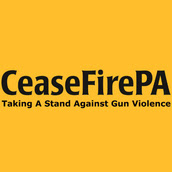 Hopefully these talking points can help you in talking with others about the tragic events in Newtown and elsewhere. For the first time our nation’s leaders are at least talking about the issue. We need to seize this moment to bring pressure to bear for legislators at all levels of government to take action that will make the likelihood of another Newtown, Columbine, Aurora or (fill in the blank) happening again. Groups like Mayors Against Illegal Guns, the Violence Policy Center and Ceasefire PA are great sources of the latest actions and information available. We can’t just sit on this one; we need to let our voices be heard.