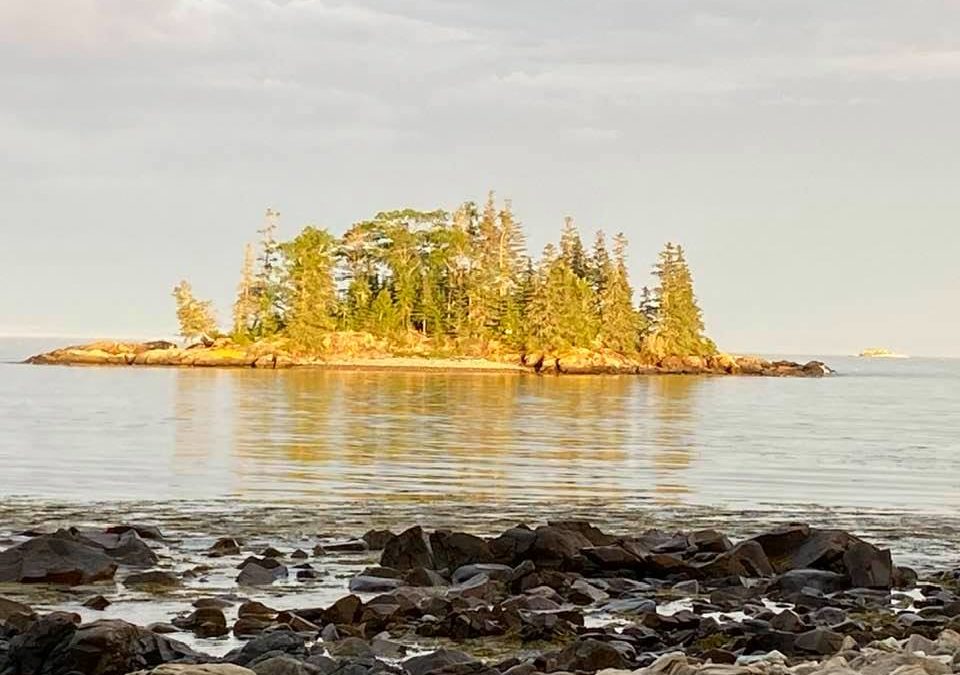 The past several months have been a whirlwind of change, fear, anger, and anticipation. In mid-March, everything closed down and we were sent into self-imposed quarantine, advised to keep a social distance, wear masks and hopefully wait out a rising pandemic. By May it was clear we were in for a longer wait than we anticipated. Graduations were canceled or postponed, summer vacations were put on hold and this little known virus known as COVID-19 began to consume our lives.

Then on Memorial Day, May 25, George Floyd was killed. We had heard of the vigilante shooting of Ahmaud Arbery and the botched late-night drug raid that killed Breonna Taylor, but George Floyd’s death was cold-hearted brazen and recorded for all to see. The streets erupted in anguish and rage for another callous death of another Black person at the hands, or in this case the knee, of a corrupt cop in a police system with no accountability. Cities, suburban towns, and even rural communities erupted in cries for justice and the affirmation that Black Lives Matter. Police put on riot gear and regarded marchers as the enemy spraying them with rubber bullets and tear gas. In some cases, the National Guard was deployed and many of our communities began to feel like occupied territories.

At several points over these past several months, I have sought to share my thoughts and feelings, but I realized I had no idea where things were headed. I was troubled, confused, and overwhelmed with the ineptness of the President to provide a cogent approach to the challenges we faced. It all seemed like a wildfire out of control. I had a difficult time putting my thoughts and feelings into words, so I wrote nothing

We Are Our Worst Enemy

Clearly our struggle with the pandemic has been made worse by our culture of individualism and selfishness. The fact that people have been assaulted for asking others to put on a mask is unconscionable. Closing businesses like gyms,  bars, and restaurants where people gather and requiring the wearing of masks is not an affront to one’s individual rights. It is a call to think beyond oneself, to recognize our role in the safety of the whole community. Large mask-less gatherings in pools, beaches, weddings, and other social occasions have only served to propagate the virus, such that now people under 40 are the fastest-growing group of the infected.

As a person of faith, I also find it shameful that religious leaders would claim their first amendment rights are being abrogated by restrictions on large group gatherings. In South Korea, Texas, and California churches have been places where the virus has spread because people insisted that God could only be worshipped in their building. I don’t know if its hubris or theological vacuity that would claim that God can’t be worshipped except in physical proximity. Like many, I have missed the regular gatherings in church and elsewhere, but I keep my distance as an expression of my call “to love my neighbor as myself.”

Black Lives Matter To More Than Ever Before

Six years ago after the death of Michael Brown in Ferguson, Missouri, The Black Lives Matter burst on the public scene (even though they had begun as a hashtag in 2014). Most of the white people I knew were intimidated by this assertion and responded by shouting  “All Lives Matter?” At that time my suburban neighborhood was full of  lawn signs asserting, “Blue Lives Matter.” What most white people refused to acknowledge is that Black Lives really did not matter in the way Black and Brown people were treated by police, schools and other institutions of our society

The death of George Floyd has changed that. White people, particularly young white adults, have been present in significant numbers at the protests across the country. Even in all-white suburbs, students have marched and chanted “Black Lives Matter.” Black lives have always mattered in theory, but not in the way the structures, laws, and policies of our nation has treated them. At at least a superficial level there seems to be a growing acknowledgment that U.S. society has not provided equal treatment and justice for all its citizens, particularly its citizens of color. In Portland, Oregon where Black people make up less than 6% of the city population, one commentator said, “There are more white people carrying Black Lives Matter signs in  Portland than there are Black people in Portland.” While at times the whites in Portland have had to be cautioned by local Black leaders to not undermine the movement, their participation there, and around the country is a hopeful sign,

John Lewis and the Violence in Portland

Portland, Oregon has been very much on mind because my daughter and two nephews live there. In an effort to beef up his Law and Order creds, the President sent in Federal agents to quell the growing unrest in that city. But, the stronger military presence only increased the violence. While I didn’t support the President’s actions, I also cannot condone the ongoing destruction being brought on by the protestors. I understand the frustration and rage that leads to such actions, yet I  find violence to be degenerative and counterproductive over the long haul in achieving the goals one seeks.

At the height of the conflict in Portland, Rep. John Lewis died after a long battle with pancreatic cancer. I could not help but note the contrast between John Lewis’ lifelong commitment to nonviolence and the chaos in Portland. If anyone had reason to turn violent it was Lewis – beaten bloody on the Freedom Rides, billy clubbed and run over crossing the Edmund Pettis Bridge, and arrested and violently struck more times than one could count. For John Lewis nonviolence was not simply a tactic, it was a philosophy and a way of life given to him by Mahatma Gandhi by way of James Lawson and Martin Luther King,  Jr.

Government authorities like protests to be nonviolent; for them, nonviolent means no confrontation, no hassle. However for John Lewis nonviolence was not quiet or unobtrusive. Rather, it was disruptive, confronting raw power with the power of love and truth, a transformative power that goes to the heart of what it means to be human. Shortly before his death, Lewis stood on a  D. C. street with the words  “Black Lives Matter” written on it and praised the movement and its leaders. My hope is that we can continue to challenge, confront, and disrupt without falling into the ravages of hate and violence, but with a commitment to ongoing truth and justice that John Lewis so clearly embodied throughout his life..

Carrying the Spirit Among Us

This summer I read Joy Unspeakable by Dr. Barbara Holmes which explores the contemplative practices of the Black Church. In talking about the Civil Rights Movement, Holmes says that when King and his cohorts marched, they carried the spirit among them. While their actions were strategic and designed to bring about social and political change, they also relied on a Divine presence to sustain and uphold them. Today’s Black Lives Matter Movement arises out of a similar spiritual source and is grounded in the basic dignity and worth of every human being regardless of race, ethnicity, gender, or sexual orientation.

In this vein Holmes quotes Ephesians 6 where the apostle Paul writes, “For our struggle is not against flesh and blood, but against rulers, against authorities, against powers of this dark world and against spiritual forces of evil in the heavenly realms.” The late Dr. Walter Wink helped us see that these verses refer to the spiritual forces at work and inherent in our unjust structures and institutions. While this battle we are in is deeply political and requires all the strategic thinking we can muster, it is also deeply spiritual. We are contending with forces that can either shape us or distort us. So we must prepare our minds our bodies and our spirits for the battle we are waging.

I don’t expect change to come quietly or easily. We must continue to press, to persevere, to challenge as we work for the goal of a more just and equitable society. Regardless of who wins the upcoming presidential election, our task remains the same. Building the society we want and need to create is not a sprint, but a marathon.

This summer I had the opportunity to go to Maine for a couple of weeks. One evening the sun shone on an island just offshore in such a way that it was like a beacon. Just like that island, our longing for a more racially, economically, and socially just society shines before us. This summer has reminded me that our longing is pure and the dream will not die but still shines on before us.