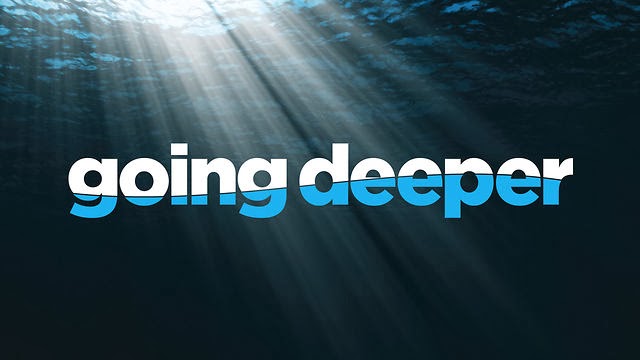 Just over five years ago on a very cold January afternoon I was arrested along with six others for blocking the entrance to Colisimo’s gun shop on Spring Garden Street in Philadelphia. We were there to call attention to the store’s complicity in the straw purchasing process that leads to illegal guns getting into communities that are overwhelmingly used in street crimes. In the trial that ensued one of the things that I was always uneasy about is that in our defense, our lawyer stressed that we were praying in front of the store as part of our protest. While I understand that public prayer has been an effective from of political protest going back at least to the Civil Rights Movement, that it makes for good political theater, and that was an effective legal defense strategy, in my case it just was not true. Frankly I was too#%&@ cold to pray!
There were some deeply spiritual people among the twelve people who were arrested over the two days of civil disobedience protest: a young woman who later that year walked the El Camino in northern Spain; a Jewish Rabbi who is  a spiritual guide to many young Jews; a Quaker activist who on the street and in the jail regularly called us to pray. But not me. Now I did have a sense going in that I was living out the apostle Paul’s call to “present your bodies as a living sacrifice”(Roman 12.1). However, while I probably should have been praying, I wasn’t. In that moment of protest I was not calling on a deeper source of power to transform Mr. Colisimo’s heart; I was just trying to stay warm while sitting in front of his store. Moreover,  when I was arrested and spent a day and night in jail I did not call on and sense God’s presence in the jail cell; I wish I had because when I was left alone by myself in the cell I felt  totally cut off from people and God , so much so that I  nearly went crazy. Instead of meeting God that day, I experienced trauma and a spiritual emptiness that took months for me to process. (To see my reflections on the experience go to this link). So when my lawyer said I was praying in front of the store, I wish it were true, but I was not.
Five years later in a different way I find myself facing a similar challenge and question. I find myself in a spiritual state of unease while being involved in the faith-based network POWER (Philadelphians Organized for Witness, Empowerment and Rebuilding). Through POWER I am engaged  with many others in a campaign to convince the governor and legislature of Pennsylvania to develop a full and fair funding formula for resourcing the state’s public schools, particularly the Philadelphia School system. In our meetings we talk about developing and exercising power, by which we mean getting people out to vote and to rallies in sufficient numbers to convince politicians that we are force to be reckoned with. Most, if not all, of the people involved would consider themselves “people of faith” by which they mean that their values and worldviews are shaped by their faith tradition be it Jewish, Christian or Muslim. Our gatherings often begin with prayer and a faith reflection, and yet somehow I feel like we are missing something extremely important, a deeper power, the power of the Spirit that shapes and informs our various faith traditions. 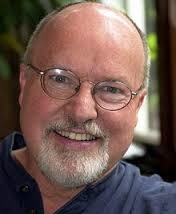 Richard Rohr, a Franciscan priest and the co-founder of the Center for Action and Contemplation writes about the Perennial Tradition, a belief coming out of the Roman Catholic tradition that affirms that there is “a Divine Reality underneath and inherent in the world” that connects all the world’s faith traditions and from which each of  those traditions emerge. He compares this Divine Reality to an underground stream from which all faith traditions draw their strength and inspiration. Through the years there have been numerous efforts by Christian, Jewish, Muslim and Buddhist teachers to articulate and describe this deeper source of power that links all faith traditions, while at the same time honoring the uniqueness of each. Now for some this idea of a deeper power linking all spiritual traditions wades into troubling theological waters. For instance, in my Christian tradition we emphasize that Jesus is “the Way, the Truth and Life and no one comes to [God] except through [him]” (John 14.6).  I have come to see this statement as just another one of the paradoxes of my faith, such as the first shall be last, that in dying we find new life, that in suffering there is victory, and that blessing comes through suffering. In the same way Jesus is the Way while at the same time he points me to a deeper power linking to people of various faith traditions much different than my own.
How else do we account for some of the great leaders and spiritual teachers who come from different traditions. How do I as a Christian account for the power of Gandhi, the Dalai Lama, Thich Nhat Hahn, Aung San Suu Kyi, Malcom X, Abraham Joshua Heschel and Elie Wiesel? Yes I am inspired by Christian leaders like Martin Luther King, Jr., John Woolman and Thomas Merton, but I can not dismiss the power of these other voices from outside my tradition as well.

I am not what one would call a spiritual person. Yes, I worship and pray, but I don’t go through life with an ever-present awareness of God in my life. I have never heard God’s voice, or had a profound mystical experience. Even so I work at it, regularly reading the Bible and other spiritual readings. I even try to meditate. The great teachers say to do it right you should meditate at least for 20 minutes two times a day. I can barely manage 10 minutes once a day, if that; I feel better for it, but I am not expecting any great breakthroughs anytime soon.
On the other hand, some of my most profound spiritual experiences have occurred in very non-religious, non-spiritual settings, such as when I attended the 2010 U. S. Social Forum where 15,000 social activists (most of whom were decidedly secular) met to share ideas and strategize on ways to bring about social change or when I gathered with about 50 others for a vigil in Philadelphia’s Love Park to call attention to gun violence in our community, or when I am walking the streets of West Philadelphia watching and sensing the dynamic of the neighborhood. Somehow when I am out there in the community working for the change that is needed in concert with many others, that’s when I feel most aware of God’s presence.
I try to practice what I and others have called an engaged spirituality, an approach that seeks to meet Christ in the midst of the people in action. It is through engaged spirituality that I wish that groups like POWER and Heeding God’s Call (a faith based group working on gun violence prevention) would realize that our strength and power comes not just from being able to exercise our political muscle but also comes from that deeper source from which all our spiritual traditions issue. Gandhi and King talked about soul-force, which I take to mean a source of power that is more than simply the collective numbers of faith-oriented persons working on a particular issue. Heschel said that prayer by its very nature is subversive  and that it works to overthrow the powers of oppression and falsehood. How do we tap into the power that can topple the power structures of our day? That’s the question I grapple with.
As I sometimes have shared in this blog space, I have grown skeptical of the political process in our day largely because the politicians are beholden to the wealthy 1%, lobbyists and corporations who line their pockets in exchange for deference and favors. For example, when 80% of Americans polled after the Sandy Hook massacre think there ought to be stricter gun laws and the Congress can’t even pass a weak background check bill, it is pretty obvious the politicians are not listening to the people; they are following the money. So I am skeptical of using the tactics of people power, unless those people come with pockets full of cash. To defeat the powers that be we must draw not just on our political power, but also on that deeper power that unites us as people of faith. We need to find ways to pray corporately even as we act to bring down the rulers of our day, both political and financial, so that justice can roll down like waters, and righteousness like an overflowing stream of the Spirit (Amos 5.24.) 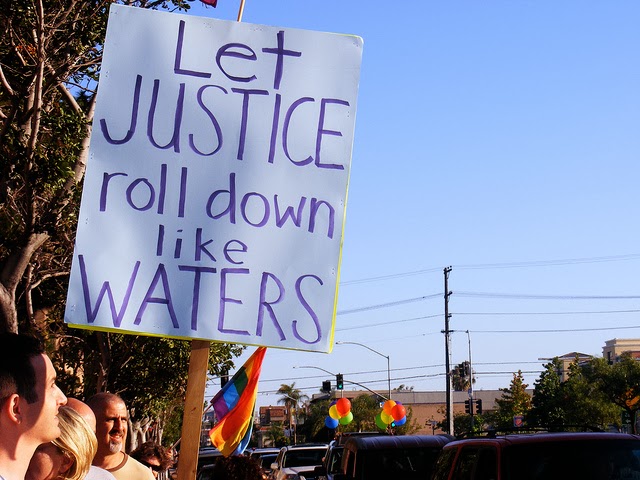