Response to My White Friend 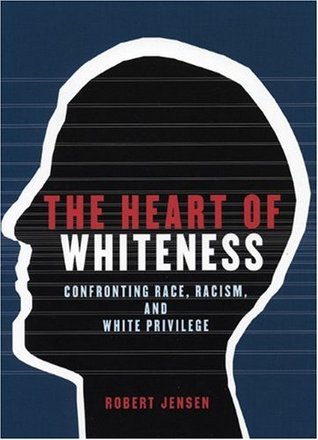 In response to my last Blog “We are at War” I received feedback from a high school friend named Steve. You can read his entire response in the Comments section of the last posting “We are at War.” He said I was jumping ahead of the investigation of the police officer who killed Philando Castille in Minnesota, and that I should tone down my rhetoric. He also referred back to comments I made in 2014 in response to the shooting  of Michael Brown in Ferguson, MO. Steve’s objections are ones I have heard before not only in response to me, but also in response to others who have sought to supportive allies in the general thrust of the Black Lives Matter and similar groups. Here is my attempt to address his spoken, and perhaps unspoken, concerns.

Steve – I want to respond to your posting. Since you like to focus on facts. Let me start with some facts.

Second, I want clarify something you said, I did NOT call Darrin Wilson, the police officer who shot Michael Brown, a “cold blooded killer.” Below is what I wrote on this blog on Dec 2, 2014. Note two things. First, I said that he expressed fear of Michael Brown, which led to him to shoot Michael Brown 12 times, and which I characterized as “overkill”. Second,  immediately after that I say that as a white person I “understand that fear” because as white people we are socialized into internalizing that fear, and fear is the basis for racism. Here are my comments on Darrin Wilson from that early blog posting:

As uncomfortable as it may be, we who are White must recognize that in many ways we are Darren Wilson. In his published testimony before the Grand Jury Darren Wilson expressed his fear of Michael Brown likening himself to “a five year old holding onto Hulk Hogan.” Darren Wilson is not a small man. He is 6’4”, and an armed police officer.  Yet in his fear he shot Michael Brown 12 times; how could not that literally be overkill? But more to the point, if I am honest, I have to admit that I understand his fear. Though I was raised by progressively minded parents and consider myself to be strongly anti-racist, deep in my psyche I have absorbed the image of the scary black man, and the irrational notion that young Black men are to be feared. A former teacher of mine, Dr. Charles Tillman referred to white racism as a form of mental illness; this deep fear is a clear example of how sick some of us White folks can be, and we don’t even know it.

Wilson, and the all-white Ferguson police force is White America. We would like to think that Officer Wilson and events in Ferguson, are an anomaly, but they are not.

Third, let us look at the facts of history because to understand Black Lives Matter (BLM) and the current focus on police brutality, we need to realize that there have been centuries of violence against black people at the hands of government and law enforcement officials. If you only look at these events as individual, discrete events, you miss the point. There has been a history going back to colonial times where blacks have been denied basic human freedoms and have often been tortured, lynched, killed, or arrested for asserting those rights. When I referred to the woman asking “Where can I be black?” she was not responding to just the two incidents of the past week, but to an historical pattern, where black people are singled out, treated unfairly, and even killed for asking for basic rights any of us who are white would expect to be granted. For instance, when you have been stopped for a traffic violation, has an officer ever pulled his gun out while you got your license and registration?  I know I haven’t; so why was the officer’s gun even drawn? Those are the kinds of issues black people face on a regular basis, issues that you and I have never had to deal with. Such stories seem incredible, unless you are black; then they are all too familiar.

Police harassment of black folks has been going on for decades. What is new is not police behavior, but rather the fact that it is now being recorded and called out. And the fact that Darrin Wilson wasn’t charged or the officers in Freddie Gray case in Baltimore or the Eric Garner case in NYC or the Tamir Rice case in Cleveland, is part of that same historical pattern. Police kill black people, and get off.

Fourth, I should also point out that black on black crime is part of this same legacy. Most of the young men (and they are mostly men) involved in such crimes do not expect to live to their 18th birthday. Someone who makes it to 25 is called an “old head.” If they aren’t killed, they expect to do time in prison. You and I were expecting our lives to start at 18, not end.

The tragic violence of young men killing each other over girlfriends, drugs or some personal slight is a manifestation of internalized racism, where one takes the attitudes that they perceive the society has about themselves, and they internalize that hatred and take it out on others who look like them. Black on black crime is a huge issue and is not separate from the reactions to police shootings, but another manifestation of the violence that characterizes the lives of all too many black folks. While I haven’t given you sources for what I have shared here, I can tell you that among those who are working to reduce black on black crime, this is a widely shared perspective.

Fifth, many black parents have a conversation with their young sons and daughters, often referred to as “the talk.” For white folks, if we had “the talk,” it was about sex, but for black folks this talk is about how to behave when stopped by the police and other white authority figures, so that you don’t get killed or hurt.  Why is this? Because this history I have alluded to above has taught black people that they must be prepared at all times to take action for their survival in such situations. The poet Langston Hughes says it well:

What we’re gonna do

In the face of what

Black people’s history has taught them that white folks in authority can’t always be trusted, and these recent events only reinforce that lesson. You and I will never understand that; we can only try to empathize.

Finally, people from within the ranks of law enforcement are saying that the way police are being trained to handle these situations is exacerbating the problem rather than resolving it. And it’s not a white-black issue, it is an issue of police culture and the training they receive. As you point out, the officer in the St. Paul case is Hispanic. Some of the officers in the Freddie Gray case are black. This points to a culture that creates a militant “us vs. them” perspective in which police have taken a paramilitary approach to the black community rather than a “keeper of the peace” approach. This cultural issue has also been widely documented, and I refer you back to the book Breaking Ranks, I referred to in my previous posting

So these are the facts that inform my opinion. Do I think all police are racists? Absolutely not. Do I think that law enforcement agencies need and police unions need to look at their culture? Absolutely yes. Do I agree with everything that BLM says or does? No. However, do I understand the source of their anger and the determination not to let the shootings of people like Alton Sterling and Philando Castile go unchallenged? Yes I do.

I encourage you to add these facts to your considerations.