Reflections on the Closing of a Gun Shop 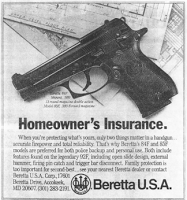 On Wednesday, September 30, Colismo’s Gun Shop on Spring Garden St. in Philadelphia closed its doors for the last time. Once ranked by the Brady Campaign as the fifth worst gun shop in the country when it came to allowing straw purchases of illegal guns, this was a major victory for the gun violence prevention movement in Philadelphia. On September 22 while a group of us from Heeding God’s Call were meeting to plot our next move against Mr. Colisimo and other gun shops, the U.S. Attorney’s office was finalizing its case against Mr. Colisimo and on that afternoon, they charged him with making false statements and failing to keep accurate records with regard to straw purchases. The next day, September 23, Mr. Colisimo’s attorney announced that he would plead guilty to the charges and that the store would close. Those of us from Heeding God’s Call had no prior knowledge that such action was being taken. Over the next few days there were several articles and op-ed pieces celebrating Colisimo’s closing and praising of “religious activists.” We were surprised and elated, and our efforts were vindicated.

As one of those activists, I have been prompted by these events to reflect on what all of this means for the faith community and the gun violence prevention movement, and how God may be working in and through our efforts. From very early on I (along with several others) have had the sense that the gun shops such as Colisimo’s are merely the most visible expression of a hideous and distorted spirit of violence at the heart of North American culture. At our trial in May I spoke about the incongruity and tragic irony that the city’s district attorney and the police department put efforts into arresting us and thereby protecting an illegal gun dealer like Mr. Colisimo. Only a twisted sort of logic would move the city officials to pursue charges against us when their own officers were being killed with these illegal guns ( five in the last 2 years) and who every day were called into situations where illegal guns were in play. Such experiences convinced me that we are contending not just against isolated individuals buying and selling illegal guns, but with a system under the influence of what both sociologists and theologians called institutional “powers” – an indication that the these systems have taken on a mind and life of their own, and are at their heart are evil.

At the heart of these twisted powers is the National Rifle Association (NRA)and the gun manufacturers, such as Smith & Wesson, and Beretta (just to name two). Throughout the period where we were taking action against Colisimo’s, we never heard or saw any concrete indication of the NRA’s influence, and yet we could sense it just below the surface. Moreover, during the same period while we were picketing and protesting in front of Colisimos, the NRA was able to influence the passage of a bill that allowed guns to be carried into National Parks, reaffirmed the Tiahrt Amendment that restricts the dissemination of information to the public about illegal guns sales, and bullied a number of politicians (including Pres. Obama) into not passing a federal ban on the buying and selling of assault rifles. They have even sought to discredit local politicians that have come out in favor of the Mayor’s Code of Conduct that we asked Mr. Colisimo to sign. If the NRA were truly on the side of responsible gun ownership, one would think they would support a bill such has been proposed that requires individuals to report when a gun they own has been lost or stolen. Yet, at every turn the NRA has been at work to oppose any and every law seeking to regulate the sale of guns, and have bullied and lied their way through the public arena.

I am overjoyed that after only eight months of modest pressure and publicity, we were able to contribute to the closing of one nefarious gun shop, but I am also aware that this victory, is only one small step. I have received words of praise from a variety of people and places, some of them quite unexpected, and all greatly appreciated. However, I, like all of us at the heart of this effort, am acutely aware that our work will not be done until children can play in city parks and on neighborhood sidewalks without their parents fearing for their safety.

We will not be done until those persons all up and down the straw purchasing process are “outed’ and made accountable for their greed and lack of civility.

We will not be done until the NRA members turn on their own leadership and challenge them to be on the side of real safety and sanity, and not allow their numbers and money to be a cover for the gun manufacturers’ complicity in the illegal gun market.

We will not be done until politicians, including our Nobel Peace Prize winning president, are willing to take a stand against the NRA and refuse to trade their character in for political contributions.

We will not be done until the cultural link is broken between freedom, patriotism and gun ownership.

For this reason people of faith who care about safety, who deplore violence and who believe we serve a God on the side of social justice, must step up and move out against the powers of violence at the heart of our culture. Through my involvement in this movement, I have seen and heard some dreadful and depressing stories, but I have also met countless courageous people living in violent neighborhoods who continue to pray, march and work for peace on their streets. Likewise, I have met committed folks from outside the cities and violent places, who have taken this cause on as if it were their own. The spirit that holds us together, I choose to call the Spirit of God; others might name it some other way. What is clear is that we are engaged in a struggle of universal proportions that requires as many voices and hands as can be gathered.