Pulling the Gun Lobby Out of the Shadows 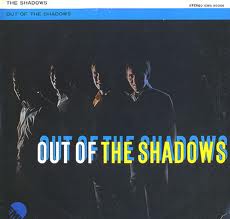 On Tuesday Pres. Barack Obama concluded his State of the Union speech with a powerful call for Congress to act on proposed gun violence prevention legislation such as strengthening the background check system and banning high powered military assault type weapons and ammunition. He did so by naming recent victims and their families in Newton, CT, Chicago and Oak Creek, Wisconsin and repeating the litany “They deserve a vote!” Rarely do presidential speeches bring tears to my eyes, but that refrain did.

The significance of Obama’s statement is both substantive and symbolic. Calling upon states to supply names of known offenders and those with mental health issues, and requiring all gun sales, including those at gun shows to go through a background check will not only prevent offenders from purchasing guns, but it will send a message to unscrupulous dealers that looking the other way as straw purchases go down is no longer acceptable. Some of those gun dealers will see a significant cut in their profits if that legislation is enforced. Likewise, banning assault weapons will get some of the most deadly weapons, weapons whose purpose is to kill at any costs, out of general circulation will reduce the likelihood of the mass killings we have repeatedly seen. While critics will say about only 1% of gun-related deaths come from such guns, ask the survivors in Newtown or Aurora how much they care about that 1%.

However, the symbolism of Obama’s statement is even more significant in my view, because for over two decades the gun lobby, including the NRA, the Gunowners of America (GOA) and the gun manufacturers have been operating in a shadow world by paying politicians to just be quiet on guns. They don’t have to be pro-gun, they just are not supposed to talk about it because the arguments for nonrestrictive gun laws are emotionally based and largely built on anecdote and myth. Two examples come to mind.

First, several years ago Congress quietly began to cut funding for the Centers for Disease Control (CDC) research on the impact of guns and gun violence on public health. Their research decisively showed that the presence of a gun in a home increases the likelihood that someone in the immediate circle of that home (family, relatives, close friends) will be victim of a gun-related incident. This runs directly counter to the myth that people need guns in their homes to protect from intruders. The intruders are not the ones in danger, the people in the home are. By presidential order the president has begun to restore some of the gun-related research, but Congress can do more to allow us to use science rather than myth to determine or national policies on guns. 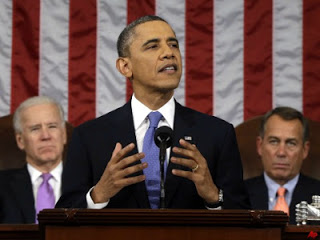 A second example is a little known bill called the Tiahrt Amendment  that was an amendment to a 2003 federal spending bill that restricts the ability of law enforcement officers to identify the buyers of guns or require gun dealers to do inventories to see if their guns have been lost or stolen or used in a crime. It also restricts citizens from obtaining information on the source and buyers of guns used in crimes in their communities. This bill provides a “cover” for straw purchasers and the unscrupulous dealers who sell to them.

It is these shadow efforts of limiting research and weakening the powers of law enforcement that make NRA rhetoric such as “we don’t need more laws, we just need to enforce the laws we have” so hypocritical. Even as NRA leaders say such things (and they are still saying them), they are working in the shadows to keep law enforcement from being able to do their jobs.

President Obama’s refrain “They deserve the vote” challenged the gun lobby to come out of the shadows and called on Congress to stop hiding behind their silence. More than his Republican colleagues, the president was calling out his fellow Democrats who since Al Gore’s loss to George W. Bush in the 2000 presidential election have decided that support for gun prevention legislation was politically unfavorable. So instead of speaking out one way or the other, Democrats, including the President, have remained remarkably silent in the face of recurring incidents of violence in both urban and suburban communities. The president’s message was that Congress can no longer be silent.

The President’s message, though long overdue, was a welcome change. Let us keep the pressure on to make sure that his words will not in themselves merely be symbol, but will move Congress to act clearly and decisively on these issues, and that the members of Congress themselves will have to declare themselves one way or the other on these vital issues