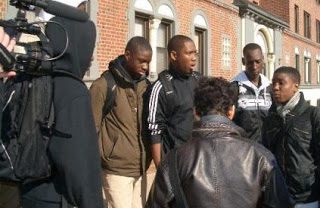 We tend to think dictatorships only exist in places like Tunisia and Egypt, and when the masses rise up and force the dictators out, we consider that to be a good thing. Well, there is a dictatorship in Philadelphia that is facing an uprising of its own, and as far as I am concerned, it is about time. I am referring to the Philadelphia School District (PSD) and series of community responses to the Superintendent’s newest round of proposed reforms.
On Monday, February 7 I attended a public meeting at West Philadelphia High School (WPHS), which had just been designated a“Promise Academy”  by PSD Superintendent Arlene Ackerman the week before. Two members from the district gave a brief presentation and then the floor was open for questions and feedback. The Promise Academy program is a series of reforms designed to improve the quality of education in failing schools. The reforms include a longer school day, more enrichment program, uniforms, Saturday school and a summer program. The key to success is the hiring of a new principal with a “proven track record of turning around failing schools”  and the requirement that all teachers re-apply for their positions in the school with only a maximum of 50% being hired back for the next year. The goal is to “change the culture of the school” and to create an atmosphere of achievement and success. 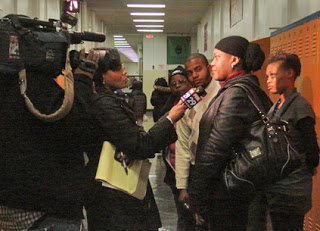