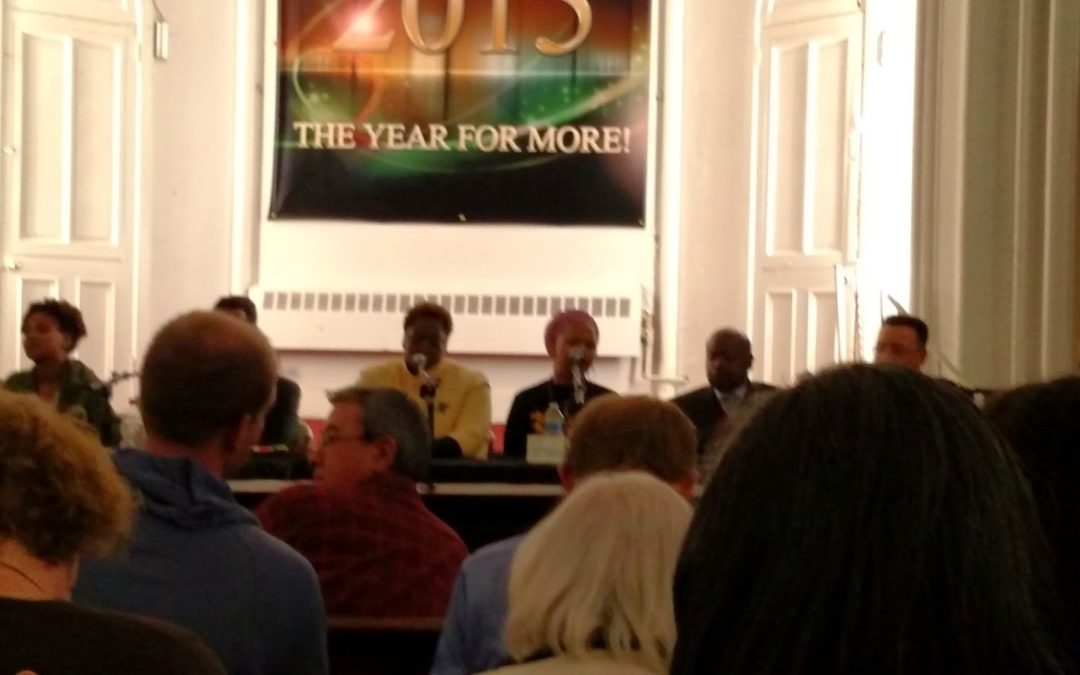 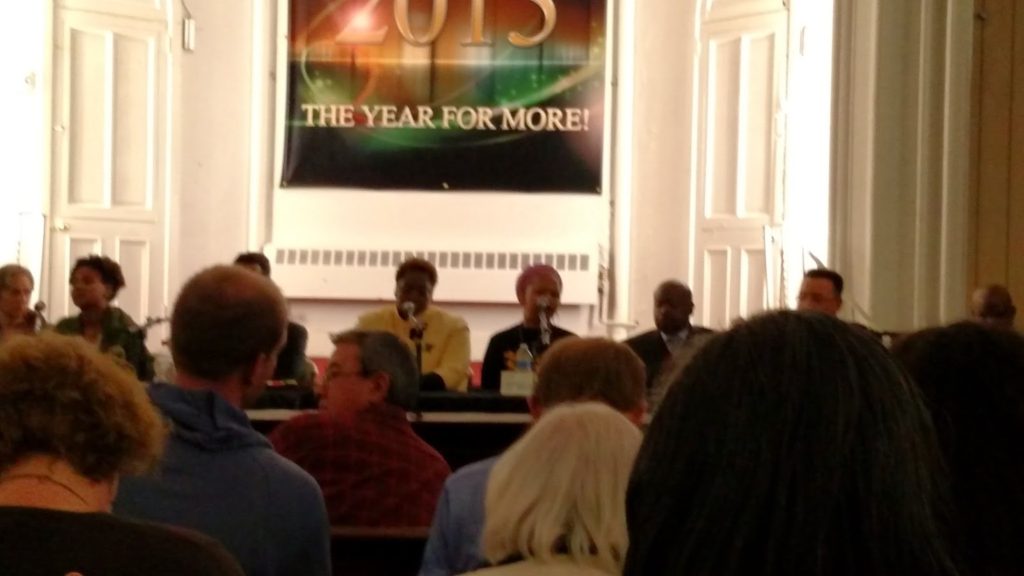 Last night I attended a community meeting at Catalyst for Change Church in West Philadelphia entitled “Philadelphia After Ferguson: A Meeting to Discuss Policing, Politics and Perception”. An impressive group of leaders including representatives of several activist groups, an editor for the Philadelphia Daily News, and representatives of the SEPTA police and the Philadelphia police Department made up a panel that was supposed to engage one another and the crowd in a dialogue. However, it quickly became evident that the event should have been entitled, “Philadelphia’s Own Ferguson: The Case of Brandon Tate Brown.”
Brandon Tate Brown was a 26 year old Black man who was shot by a police officer in the head on Dec 15, 2014. The name of the officer involved has not yet been released nor a copy of a video that was taken of the incident. Brown’s mother, Tanya Brown Dickerson, spoke to the packed sanctuary of several hundred people about the death of her son, and described the ordeal she went through, even trying to find out what had happened to him. She told how throughout the night she called her son’s cell phone and did not learn of his death until it was reported on the news the next morning. She asked for information about the officer who killed her son and a copy of a videotape that was taken of the incident. 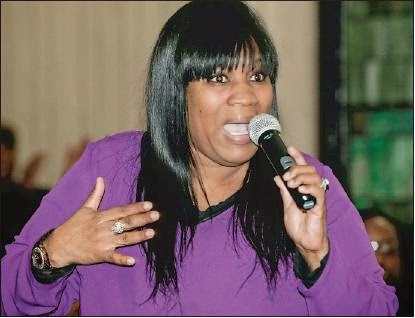 Then the moderator and media personality Chris Norris, instructed the crowd that the proceedings would follow a question and answer format designed to encourage dialogue among the panelists and the gathered crowd. However, almost immediately a group of Tanya Dickerson’s supporters began demanding that Deputy Police Commissioner Kevin Bethel “release the tape” and the name of the officer. Bethel responded in bureaucratic-ese saying the “investigation was ongoing.” He apologized to Ms. Dickerson that her son’s death had not been reported directly to her by the police (instead of the morning news), but beyond that made no promises to meet her requests. This only enraged her supporters more, and what was supposed to be a “discussion” turned into a shouting match.
As the event continued, the embedded racism in both the conduct of the police and the media became clear. While the name of the officer is being protected by the police department and the police union, Brandon Tate’s name and past criminal record were in the news even before his mother knew he had been shot. While police officers are able to hide behind the “blue code’ where no one reports a corrupt officer, community members can be arrested for obstruction of justice if they don’t “snitch” on a neighbor who has committed a crime. Kelvyn Anderson, president of the Police Advisory Board, a community group supposedly established to review such incidents, has gotten no information and told how it took over a year to get a meeting with the Police Commissioner when he first was hired. Thus the anger and frustration of the mostly Black crowd was palpable and understandable.

Yet I also don’t think much of anything productive was accomplished. There was a lot more shouting than listening, with members of the Brown advocacy group shouting over panelists even when they agreed with them. Moreover, the organizers of the event either were unable or unwilling to rein in the proceedings and abide by the very ground rules they had set. Rev. Mark Tyler, pastor of Mother Bethel AME and a leader in POWER, at one point compared the event to the SRC meetings where people come and vent and nothing changes. People who supposedly were in support of each other’s positions were interrupting and shouting over one another. After nearly two hours, the pastor of Catalyst for Change, called the meeting to a close, and surprisingly everyone abided by his call for a moment of silence in memory of victims like Brandon Tate Brown, Michael Brown, Eric Garner and others. Then the meeting ended and I doubt anyone went home any wiser or feeling heard or satisfied.
While the process was supposed to be a question and answer dialogue, I was struck by how few people actually knew how to ask good questions. Most of the questions asked were rhetorical; that is, they were statements disguised as questions, and even when someone tried to address a question, there was no willingness to hear anything other than the answer the questioner wanted, which in most cases  were details about the Brandon Tate Brown case the police were not willing to release. As a result, instead of engendering greater understanding, the proceedings hardened people’s positions and raised defensiveness and distrust.
As one of the few White people in the room who was not a reporter or a police officer, I listened and watched. I sat next to a young East Asian man from the neighborhood, who at one point asked me if I thought he should try to speak; I rolled my eyes with a “good luck.” Several others tried to get a chance at the mike  and also went unheard.The few who were able to speak pointed out that the local community had a responsibility as well, and that depending on politicians to address all problems was shirking their own responsibility. Thus, I think there were far more perspectives present than the few that made themselves heard, and that was unfortunate.

I have thought and written a lot about what it means to be a White ally in recent years, and as I sat there last night, I wondered what it meant to be a White ally in that context. In that contentious setting my role as an ally was very unclear. The injustice is real, and the anger, frustration, grief and fear many Black people hold in many neighborhoods are understandable and real. As one of the police officers on the panel acknowledged, while violent crime has gone down over the last several years, mistrust of the police has sky-rocketed. Last night that mistrust  was evident, and to be honest I don’t know how they can get it back if “Philadelphia After Ferguson” is any indication.
[Pictures taken by the author; and Philly.com)