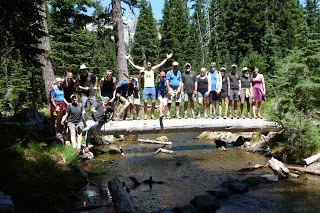 I grew up in a family of eight children: five boys and three girls born over the span of fifteen years. I am the oldest. Today my siblings and I are literally spread from the east coast to the west coast with seven spouses or partners, and fourteen grandchildren added to the mix. My mother died in 2005, but my Dad celebrated his 88th birthday this past January. Were my mom still alive, this weekend they would be celebrating their 63rd wedding anniversary.

Like most families we had our share of dysfunctions, but overall my parents created a happy and healthy environment in which to grow up. My dad was the traditional breadwinner and my mom a stay-at-home mom, although over the years she had many outside involvements, such as teaching swimming lessons, heading up a local candidate’s political campaign, running a clothing business,  and countless volunteer activities. Like many families, we had our unique rituals and idiosyncrasies. For the Boyd family one such idiosyncrasy had to do with food. 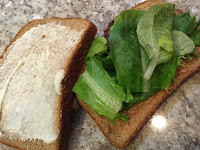 Last week one of my brothers texted  the rest of us with a picture of a unique Boyd specialty he was making: a peanut butter, lettuce and mayonnaise sandwich (on left). This precipitated a series of texts from all eight of us on our current feelings (some positive and others negative) toward this Boyd creation. The conversation then migrated to other sandwiches our mother often “treated” us to such as cream cheese and jelly sandwiches and something that entered the family lore after I left for college called the “Webster special”: an English muffin, layered with peanut butter, tomato, bacon and cheese grilled just enough to melt the cheese (see below). Like the sandwich which started the conversation, this led to comments for and against said creations and various adaptations that have evolved from our childhood. While we did not agree on our current attraction to these various delicacies, one thing was clear: our children, the next generation, generally had not gravitated to these Boyd specialties. 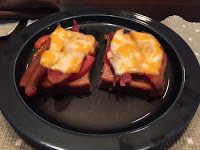 While on one level this conversation-by-text was a funny walk down memory lane, it reminded me of the way in which families shape us and make us who we are today. While my mother was not a great cook, she was a creative one, and there are many dishes or variations of foods that I have encountered few other places. Likewise there were words we used for certain acts, sayings, and family rituals. One such saying/ritual I remember was “FHB,” which stood for “Family Hold Back.” Whenever someone unexpectedly showed up at dinner time (which seemed to happen with certain individuals a great deal), my mother would say “FHB,” thereby indicating we needed to make room for our guest and take a little less food so there would be enough. While by no means did we suffer for this “sacrifice,” it taught me the value of generosity and hospitality. Another Boyd standby in my youth was something called “Family Night,” a sort of family talent show about once a month in which every child no matter how young or old was asked to perform for the group in some way by playing an instrument, reciting a poem, singing a song, describing a picture or performing a little play. As a result all of us developed an ease in front of groups which has served us well in our various vocations. 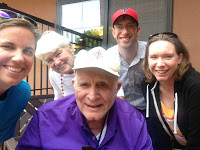 Today, my siblings and I, as well as many of our adult children, exhibit a wide range of political views, career paths, religious or nonreligious commitments and personal hobbies. When we get together there can be rousing debates and differences of perspective, yet at the same time there is a deep bond that connects us. When we gather, as many of us did in Oregon this past July, we find that time and distance has not broken the bond or the familiarity with certain ways of being that were bequeathed to us by our parents. My wife has commented on numerous occasions that there is a certain way of doing and saying things that seems to come over me when I get together with my family; I can’t deny the truth of what she is saying, nor do I regret it.

What I realize that there is a kind of family culture that I carry within me. In some ways I have sought to distance myself from that culture, and in other ways I have embraced it and sought to continue it. One thing is clear I can never escape it. In many ways who I am, what I believe, how I see the world, and the manner in which I live is a product of my family. In that way I don’t think I am unique. Most of us are who we are, for good or ill, because of the influence of the people who raised us, loved us and shaped us as children.

As I reflect on what would have been my parents’ 63rd anniversary, I am thankful for the peanut butter lettuce and mayonnaise sandwich, family night, “FHB”  and so much more that are part of who I am today, and that remind me of the blessings of family and the parents that shaped me. 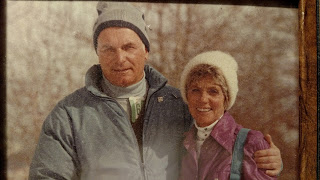 [Pictures courtesy of Wint Boyd, Tucker Boyd and Hannah Boyd Vargo. The picture of my parents was taken about twenty years ago .]