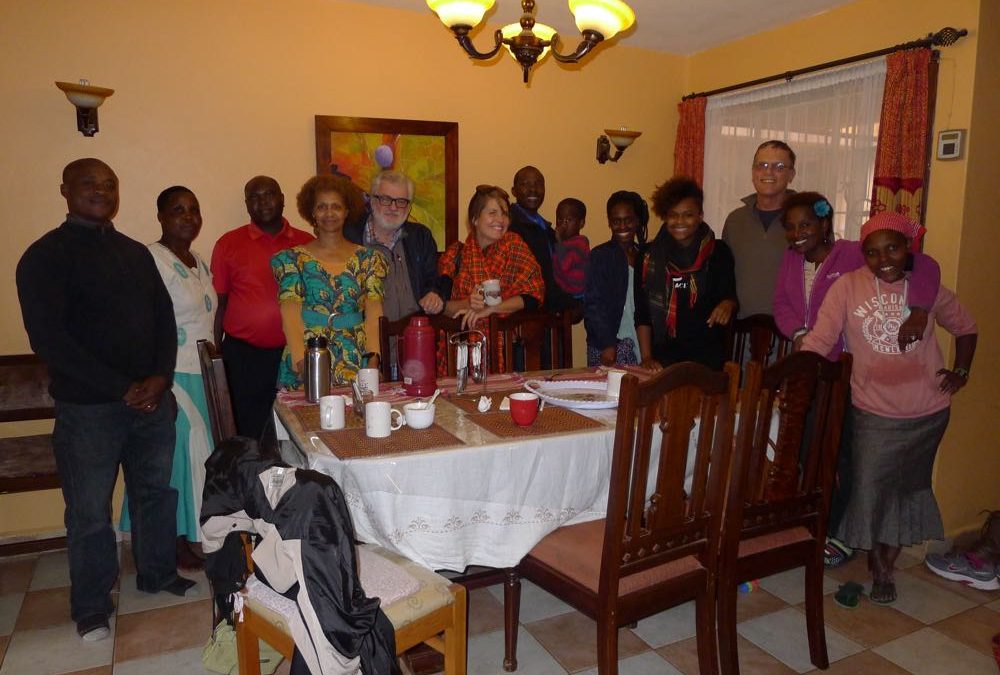 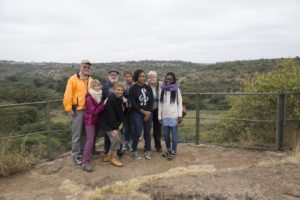 Our group overlooking the Serengeti

Sadly, our time in Kenya had to come to an end. We got on our plane in Nairobi to the New York via Dubai almost exactly two weeks to the minute from when we left Philadelphia on July 31. After nearly 26 hours of travel from Nairobi to Dubai to JFK Airport and then a 3-hour car ride to Philadelphia, we finally arrived home safe and exhausted. Both to and from Kenya we flew Emirates Airlines which was as cushy an economy passenger could fly: 4 course meals, including wine and beer, blankets, pillows and even a toothbrush. Nonstop movies, music and news at one’s finger tips and very professional attendants – one could not complain about the airline, just the length and time of travel.

I came on this trip expecting a life-changing experience and while it will take some time to discern just how that has occurred, there is no doubt that it has. 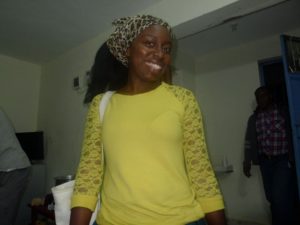 Celami (AKA Jaime) – our host

These things I know. I met some wonderful people, and if possible would love to return. I saw a dimension of poverty I could never have imagined, even though I had seen and read much about it. I saw people living full lives without all the benefits, comforts and privileges I take for granted. I met people with materially far less than me, but with hopes, visions and dreams that make my dreams seem small by comparison. I was loved and accepted unconditionally, despite the horrific events and legacy of colonialism and slavery I represent as a mzungu. Part of me feels like a concrete response is called for – sponsoring a child, contributing to Inspiration Centre – but Celmali stressed our presence was even more important than money and living at the Flatted Fifth in Huruma brought some sort of dignity to those living there. Despite the implied white privilege in that statement, in a limited way she was saying that we were WITH the people, not just doing things FOR the people; that much feels right. 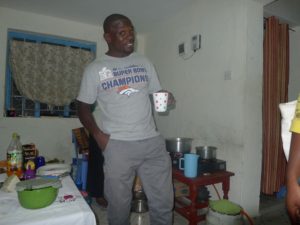 While we were in Kenya  on the East Coast of the US everyone was talking about how hot and humid it was – an indeed it was –  but what struck me as we drove home from JFK Airport was how clear the air was (and this was New York!) and how bright the sun was. I was struck by the cleanliness of the streets and sidewalks, and the fact there even were sidewalks; pedestrians and bikers did not have to share the road with cars and trucks. Driving away from the airport through Queens, we were caught in thick traffic, but compared to the traffic of Nairobi, the road seemed tame and well ordered. While the cars around us seemed to pressing and in a rush, I felt calm as if the urgency of getting somewhere at a certain time was not as important as just getting there when you could. 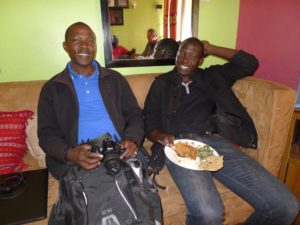 I am glad to be home, but Kenya and the people I met, are very much with me. I not only have Kenya on my mind, but also I have seen our nation from afar with both its good and bad aspects. I have seen how absolutely incredulous the people in Kenya are when they consider how we could even consider making Donald Trump the next US president. I have seen how the US offers opportunities for education that is hard to attain in Kenya for some. I have seen how many things as an American I have taken for granted: clean streets, fresh water, infrastructure in the form of public transport and well-maintained roads, and the support of family and friends.

I slept nearly 12 hours my first night home (with a break for supper) and then returned to my “normal” life, but that norm has shifted ever so slightly to now include Kenya in my thoughts and prayers. For that I am deeply grateful. 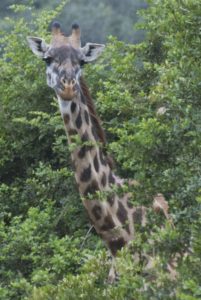 One of many wild creatures in the Nairobi Game Park