Joni and the Piano Man 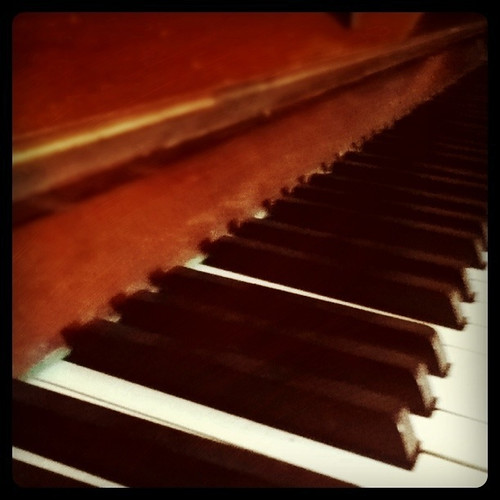 As I sat in the Chicago O’Hare Airport awaiting my flight back to Philadelphia, I heard a faint lyrical sound over the din and chaos of the crowded terminal. I picked up my bags and I walked toward the sound. As I got closer, I could tell it was the sound of a piano, not piped-in Muzak, but live. The sound was more meditative than melodic, like that of George Winston or an early Keith Jarrett. As I got closer, I could see a shabby brown piano oddly placed between a kiosk selling nuts and a waiting area filled with people. At the piano sat a fellow traveler, his bags placed on the floor by his feet. He played the same set of notes over and over again, but slowly in a reflective, contemplative manner. As I approached, I could hear him softly singing the words to a song, rocking side to side with his eyes closed. I stood there listening and noticed no one seemed to be paying him any attention, yet he did not seem to care. I moved closer, nodded my approval and then leaned against a wall, closed my eyes, and just took in the sounds for what must have been 10-15 minutes.

I had just come through a good but emotional week. On Sunday I arrived and spent the first three days with my daughter. Almost six months earlier an MRI had revealed she had contracted cancer and that she would require major surgery and six sessions of chemotherapy infusions spaced three weeks apart. The past six months had been a mental, emotional, and physical marathon for my daughter. For me, those months had been filled with feelings of self-doubt, powerlessness and a realization of my uselessness to do anything to relieve her suffering. As a family we took turns going to be with her during the weeks she had her chemotherapy treatments, staying with her during the four or five days afterward while she recovered from the painful aftereffects of the infusions. Prior to a time when I was going to be with her, I asked what I could do to help, and she said simply,” Dad, just be present.” So that was what I did, whether I was with her in person or in spirit back home in Philly. I sent her cards, I made phone calls, I prayed and asked others to do so as well, and I was as present as I could be even at a distance.

We had a fun few days together and then on the Wednesday morning of our visit, she went to have CAT-Scan to determine if the treatments had eradicated all the cancer cells. Later that same day, she drove me to a conference I would be attending the rest of the week. As we traveled from the northern side of Chicago where she lived to the southern side where the conference was being held, she received a text from the radiologist who had conducted her scan. When we arrived at the hotel where I would be staying, she pulled out her phone and read the text aloud— she was free of any cancer. I breathed a deep sigh of relief followed by a hesitancy to believe the good news. I hugged my daughter, held her close, and congratulated her on the good news. A week later a visit to the surgeon confirmed that we had interpreted the radiologist’s message correctly — she is cancer-free and now begins the long process of recovery to a “normal life.”  However, as I got out of the car and throughout that evening, I prayed to myself “God, please let it be so.”

The conference began the next morning and I immediately got swept up in its proceedings. It was sponsored by the National Association of Community and Restorative Justice (NACRJ) and featured the overriding theme of integrating the goals and practices of racial justice organizing with restorative justice principles. Over the next three days, I was repeatedly challenged to consider the ways I as a white cis-gendered man could do my part to dismantle the structures and policies of white supremacy so deeply embedded in our country’s laws, institutions, and national consciousness. I welcomed the challenge, but at the same time felt the urgency, coupled with a sense of helplessness and hopelessness that our nation could ever be free of its violent racist past and become a place of equity, fairness, and justice for all, and not just the privileged few. And so, I left the conference with more questions than answers and weightiness I could not begin to define.

With all this roiling around in my mind and heart, I leaned against the wall taking in the soothing sounds of my airport piano man. After a while, I opened my eyes, nodded my gratitude, and went on my way.

That healing experience came back to me this week when I came across an article about singer/songwriter Joni Mitchell’s surprise appearance at the Newport Folk Festival this past Sunday. Mitchell, now 78 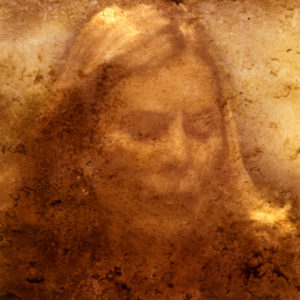 years old, had been one of my favorite artists over fifty years ago when I had been in college.  I marveled at the unique, off-beat way she wove her guitar and piano playing with her lyrics. You felt Joni Mitchell’s music as much as you heard it, and despite numerous attempts, I could never emulate her free-flowing, jazzy style. I lost track of her after college until 2015 when I read that she had suffered a nearly fatal brain aneurysm, and fans and critics alike deemed her music career was over. The article highlighted Mitchell’s career and the way she continued to grow and develop her music throughout her life.

There were links in the article to YouTube videos of her performance at the festival. Despite the dire predictions a few years earlier, there she was on the stage doing her thing with singers and other musicians less than half her age. For a final song, she sang her classic song, “Both Sides Now.” However, instead of singing it in the high lilting voice I had become accustomed to back in college, she sang in a slow, low tone drawing each line out in a way that one could follow each word. While I liked the song, I never really understood its message. Perhaps at 19 when she first wrote it, she didn’t either. But as I listened to her sing it this time, I realized “Both Sides Now” is about the tensions, the unanswered questions, and the paradoxes of life, things one only comes to appreciate with the passage of time and the process of aging. The last verse of the song ends with the words “I really don’t know life at all.”

That is what I was feeling as I listened to the piano man riff his soft song in the airport. That is what I grappled with as I watched my daughter go through the agony of surgery and chemotherapy. That is what I wrestled with as I consider the overwhelming challenge of dismantling the forces and structures of white supremacy, starting with my own inherent racism. I don’t have answers, only questions. But the poet Rainer Maria Rilke so wisely counsels sometimes that is all we need: to live the questions, listen to the music, walk forward with the paradoxes and allow the answers to emerge in their own sweet time.