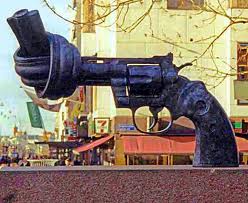 Over the past couple weeks I have been researching the gun industry in preparation for a workshop I will be doing in March on faith-based approaches to gun violence prevention. Through my research I keep bumping up against two realities in the ongoing debate between advocates of gun rights and advocates of gun control. First, I am deeply impressed with the ability of gun rights advocates to frame issue in terms that resonate deeply with a significant percentage of the American people. All one needs to do is go the website of the National Rifle Association (NRA) and click on one of their many videos and you will hear a heartfelt appeal for protecting the rights of individuals to have and use guns that taps into the American values of freedom, patriotism, individualism, and family. Whether one agrees with the NRA not, one has to be impressed with how they present and package their message.
Second, I have been equally impressed with the number of studies from such places as Harvard University, John Hopkins University, University of Pennsylvania, and University of California-Davis that have put forth compelling evidence that the proliferation of firearms in American society leads to an increasing number of deaths by those firearms. One thing that is startling to most casual observers is that the number of suicides by guns significantly outstrips the number of homicides by guns, and that the presence of a gun in a home is significantly more likely to be used against the gun owner’s friends and loved ones than an outside intruder. So there is compelling and overwhelming evidence that one way to reduce the number of gun-related deaths is to reduce the availability of gun is our society.
These two realities have brought me face to face with the dilemma for those of us who would like to limit the presence of guns in our society, and thereby reduce the number of gun-related injuries and death: the argument will not be one by more facts, figures, and logical arguments because the other side is not convinced by research, but by something much deeper in their psyche. While the society as a whole is divided over how much gun control is the right amount, generally speaking those who advocate for gun rights are far more motivated and passionate than those who think the laws might have to change. Because of the recent shootings in Tucson, the debate has heated up again, but if the pattern of the past repeats itself, pretty soon gun violence will go back to being a non-issue for most Americans, especially those who say there ought to be tighter restrictions. We who are working to change the laws need a mechanism to convince folks that this is an issue worth fighting for, because the other side is primed and ready to respond. 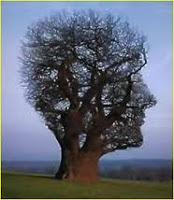 While logic and research are vitally important if we are to make wise decisions as a society, they will not win the day; we need to appeal to the cultural values that move and drive folks. Moreover our objective should not be so much to change the minds of the true believers on the gun rights side, but rather to motivate those who think the laws ought to change to put the issue on their front burner rather than the back burner. The key is to appeal to people’s sense of imagination and to tap into values that run deep in their spirits. In his book, The Hopeful Imagination, Old Testament scholar Walter Brueggemann (referring to philosopher Paul Ricouer) says “people are changed not by ethical urging, but by a transformed imagination” (p. 24). What Brueggemann and Ricouer say to those of us in the gun violence prevention movement is that we have to go deeper than facts and logic and tap into the deep recesses of what makes people human.
This is why I think the faith community, in particular the Christian community, is vital to the efforts to reduce the number of guns on our streets and in our homes because as people of faith we deal in symbols and the deep things of the spirit. We tap into the deep recesses of the human soul by singing songs, telling stories, and saying prayers. We share food and life together in a way that shapes and forms who we are as people. Stuart Murray,speaking about the Anabaptist Christian tradition of which I am a part says our churches need to “nurture unconventional reflexes and free our imaginations to explore creative possibilities” in dealing with issues of violence and conflict (Naked Anabaptist, p.132).
When I think of the history of the Civil Rights movement, I see this capacity to “nurture unconventional reflexes” and “free people’s imaginations” at work. How else would people walk in to fire hoses, refrain from resorting to violence and walk hundreds of miles for the dream of equality? What Martin Luther King and other civil rights leaders did was touch something deep in the soul of many people, black and white, so much so that they were willing to go up against the huge wall of Jim Crow segregation. Ultimately what won the day was something that resonated deeply with most Americans. That’s why the “I Have A Dream Speech” can still stir us 48 years after it was first spoken.
As I continue to explore this issue, I am encouraged that there are many people of deep faith, who likewise have taken on the gun violence issue in creative ways. I will share just one. Recently, I talked with a young woman, a victim of gun violence herself, who is organizing a campaign to go into urban communities, and telling her story and calling people to look at other ways of dealing with issues of violence and to put away the guns. She plans to start in the community where she grew up in and then go to other places. She hopes to mobilize young people and local organizations to work together to reduce the violence in their communities. I have no doubt she will be successful in her work because she can speak to the fears, doubts and hopelessness that often lead people to succumb to a life of violence. She is driven by her experience and by her faith in God that a different way of life is possible. 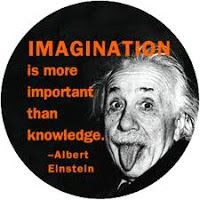 My hope is to come across many more folks like this woman, who can speak to the deep parts of people’s lives, whose imaginations have been set free by their faith in God, and who have been nurtured to respond in way counter to the culture of fear and violence that has so deeply gripped us as a nation and a people. My hope is that the efforts of which I am a part can draw on the creativity of people in such a way that something is touched in them, and compels them to take a stand for gun violence prevention. I know that is what grabbed me. I knew all the arguments and some of the relevant facts, but it was man’s story about the death of his brother that got me moving. I have no doubt that we can turn the tide of this debate, but I now realize more studies and compelling logic will not by themselves move folks to action. We need to find ways to tap into people’s  imagination and move them in the place within that lies beyond words.