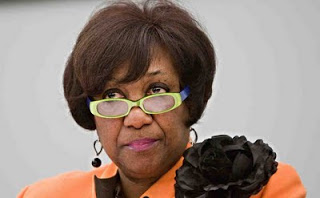 Amidst tremors from an earthquake on Tuesday and the impending hurricane this weekend, Philadelphia’s schools experienced another shock wave when now-former superintendent Arlene Ackerman went on the offensive against those who forced her out of her position with a $950,000 buy out. While I was never a huge Arlene Ackerman fan, I had great respect for her as an educator. Her Vision 2014 plan and her attempt to help struggle schools through her Renaissance Academy program was a move in the right direction. West Philadelphia High School, the school with which I am most familiar, has been designated a Promise Academy this coming year and along with a dynamic new principal, a brand new state of the art building and an infusion of funds, the school was slated to get the kind of support services common in more affluent districts and a huge help to the students of this school. Now some of those support services have been cut back due to state budget cuts, but still the school continues to move in the right direction. I give Dr. Ackerman much of the credit for that happening.

Dr.Ackerman was quoted several times as saying “I’m an educator.I’m not a politician.” Having attended a community meeting with her and watched her in action. I would amend her saying: she is an educator, but not a leader. She did not know how to work collaboratively with people; she chose to make arbitrary and one-side decisions. She asked for community input, but never seriously considered it. And when it came to working with political leaders to advocate for the school budget, she embarrassed the mayor and refused to communicate on even the most basic level with people she needed and wanted as allies. In this sense she was her own worst enemy.

After she had been released and given a $950,000 severance package, she not only had the gall to take the money, but then she went on the radio and blamed politicians, the SRC and her staff for her failures, never once taking responsibility for her own actions. She even urged parents to pull their students out of the school district, the district of which she was the chief executive officer! Given the generosity of the school district and some anonymous donors, given her so-called concern for students, and given her own failures as a leader, I would have hoped for more humility and personal responsibility and a little less spite. Effective leaders know that no matter what happens ultimately they must take responsibility for the organizations they lead. It is okay to call out people at certain points, but always it must be done with the pointing the finger at oneself too. Sometimes leaders know when to keep their mouth shut; that obviously is not a skill she ever cultivated.

What is most sad is that Arlene Ackerman not only shows no remorse, but at least publicly shows little insight into the dynamics of her own demise. Yes, Philly is a political town. Yes, it is a tough place to be a leader. Yes, the challenge of turning around a struggling urban school district is great. She should have known that going into her job three years ago. Apparently she leaves with no greater insight than when she came in, and instead leaves like a storm seeking destruction along the way.

Though Arlene Ackerman made some positive contributions to the educational system in this city, in the end we are much better off without her. Now we must pick up the pieces and try to move on. Hopefully, we as a community, and our political and educational leaders can show more reflective insight and humility than the woman they just fired. As an educational visionary she was a reasonable choice for superintendent, but as a leader she was a disaster.