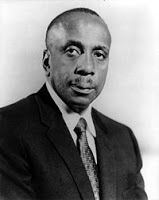 Like many people I have been pondering the meaning of Tuesday’s election results. It so happened that during the final stages of this election season, I was reading Howard Thurman’s The Luminous Darkness: A Personal Interpretation of the Anatomy of Segregation and the Ground of Hope. I also was reading the reflections of students to Ronald Takaki’s A Different Mirror: A History of Multicultural America. Both of these books provide me a unique lens through which to look at the supposed dramatic political turn that took place last Tuesday.

Howard Thurman came of age in the segregated South in Daytona, Florida. While he wrote The Luminous Darkness in 1965, his reflections reach back decades earlier to his childhood. He came to realize that in the eyes of whites in his community he was regarded as a non-being, whose thoughts, needs and desires were only important to the extent that they affected the white community. So, early on in life he developed a hatred for white people even though he and his whole family were devout Baptists. He came to regard whites as existing outside of his moral universe, so that his Christian ethic of love did not apply to whites. Likewise, he recognized that to the whites across town, he and his people were also beyond their Christian ethic, and so well meaning, supposedly ethical people carried on without regarding the needs, fears or being-ness of the other. The large difference between whites and blacks during segregation was that anytime whites wanted to exercise their power over against the black community, culture and law allowed them to do so freely. So for instance, most black children in Daytona never went to school beyond the 7th grade because the white power structure decided no more school beyond 7th grade was needed for blacks. Thurman himself was forced to leave home at an early age in order to go to high school as there were only 2-3 black high schools in the entire state of Florida. 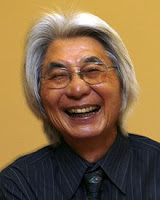 Ronald Takaki wrote A Different Mirror in 1992 and then revised it in 2008. He meticulously recounts the histories of non-European ethnic groups who either resided in North America or immigrated to the United States. His history records the oppression, violence and indignities that these groups experienced at the hands of the European colonizers. Starting with the near genocide of Native Americans and the enslavement of Africans, he goes on to talk about the histories of the Irish, Russian Jews, Chinese, Japanese and Mexicans. In every case, exploitation of these groups was justified for economic reasons, and blessed by the Church with a sense of Divine Providence and Manifest Destiny. What comes thru Takaki’s history is that the United States achieved its current greatness by treating and regarding many people groups as subhuman. This country would not have achieved its economic strength were it not for the free labor of the African slaves, the annexation of Mexican territory, the appropriation of Native American sacred lands, and the exploitation of Irish, Chinese and Japanese labor. Takaki does not recount this history with an ax to grind, but rather to bring to light the fact that the American story is a multicultural, multiethnic story, and not simply the story of enlightened Europeans claiming a new land. He concludes his book by asking whether we will continue to resist and deny our multicultural heritage, or will we move into the future embracing the multicultural society that we are. While at one level we are aware of this history and these questions, Takaki brings them front and center in a well-researched compelling narrative.

So what do Thurman and Takaki have to do with the election? 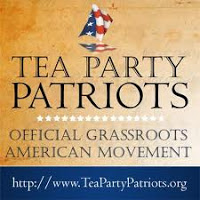 The rallying cry of many of the conservatives, who won election last Tuesday, was to “take America back.” People are worried about jobs, taxes, and the threat of terrorists. Simultaneous to the election was a vitriolic debate as to whether Muslims should build n cultural center a few blocks from Ground Zero in New York City. Furthermore, President Obama introduced an immigration reform bill that responded to the ongoing debate about Arizona’s restrictive immigration law. Moreover, the current economic recession has pushed more people into poverty than has been seen in decades. As this election proceeded the people under question were treated as non-beings: Muslims, undocumented immigrants, children of immigrants denied citizenship though raised in this country, and the people living near or below the poverty line. Their needs and concerns did not get any notice or play; they did not matter. Furthermore, these groups of people are not part of the America that conservatives are “taking back” and yet they ARE part of the American fabric. The Conservatives and Tea Party-ers placed a strong emphasis on personal freedom, but little to no words about community and living together amongst our differences. Thurman’s words about how blacks in the segregated South were regarded could easily apply to the current attitude of many Americans toward Muslims, immigrants and the poor. Yet these folks are here, they are part of us, and yet we think and act with no regard to their presence; and we do so to our own moral degradation and spiritual demise.

The United States of the next decades will be increasingly multicultural. By 2040 demographers expect that Hispanics will make up nearly 30% of the US population, and whites will be less than 50%. Nearly every people group on the globe in some way finds representation in our nation. The United States of 2010 is not the European-based nation that was founded in 1787. We are a collection of many voices, languages, cultures and perspectives. To try and ignore that or overpower that with rhetoric of “taking America back” is to piss into the wind; it will only come back on us.
In many ways the hope that inspired Barack Obama’s election two years ago was an attempt to embrace this multicultural future. Tuesday’s election in many ways was a step back from that embrace. I suspect that this back and forth will continue for decades to come, as we come to grips with the inevitable change in our national identity.
We can not treat vast numbers of people as non-beings forever. Muslims are part of the American fabric and must be given the same respect as any other religious group, no matter how threatening some radical elements of their religion are? (And remember Timothy McVeigh and David Koresh espoused forms of Christianity; do we deny Christians rights because of them?). 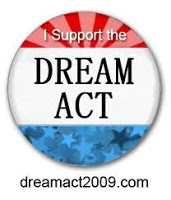 The thousands of people seeking to cross our borders despite walls, dogs, and border patrols reflect horrendous living conditions in their home communities, in large part created by the abuse of U.S. business in their home countries. We can call these immigrants “illegal” but the border is an arbitrary line we have allowed corporations to cross without taking responsibility for the impact of their actions. While we may not be able to absorb all who want to come here, we can not ignore the reasons they leave their homes. It is not that the US is so welcoming, but because the conditions at home are so unlivable.
Finally, the political rhetoric has got to incorporate the millions of people in this country who are living on the edge of existence. We complain about 9.7% unemployment, but I know communities in Philadelphia where the figure is over 50%. Urban and rural public schools are under-funded and thus turning out a generation of children who can not function effectively as U.S. citizens. With few other options many of these young people turn to the underground economy, which often includes drugs and violence. While residents of suburban areas may not want their taxes to go up, just a few miles from their homes are people who are going hungry, living without heat in the winter, and seeking just to survive. Despite our denials, such people can not remain outside our moral universe of concern forever, and so at some point they must show up on our political radar screen.
Howard Thurman and Ronald Takaki remind us that to deny people groups’ full participation in the American community is to do so at our own peril. The America that was is not the America that is, and certainly not the America that will be. For many middle and upper class whites in this country that is a frightening thought, but it need not be. The beauty of the American story is that despite our resistance to include the “other” we have continually done so. What we can learn from history is that such inclusion strengthens and enriches us, rather than depletes us.
Not long ago I wrote in my journal: “I envision a society and a world, where my wealth does not come at the expense of the poor and my race does not give me privilege, where I can just be ‘people’ with others.” I continue to do what I can to bring these issues to light, not because I am some bleeding heart liberal, but because I am convinced that we can do better as a nation, and that we can live up to our nation’s founding principles that all people are endowed with certain unalienable rights, and that no person should be denied the basic dignities granted to us as human beings created by a gracious God.