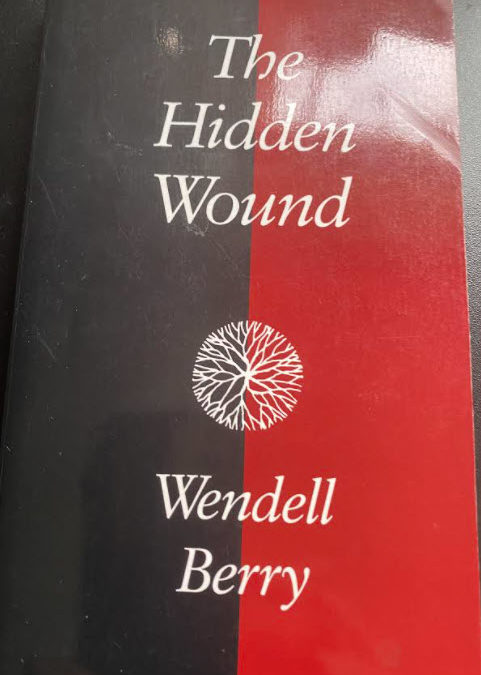 (Adapted from my book Disrupting Whiteness: Talking to White  People About Racism0

In the wake of the Derek Chauvin trial there has been a great deal of speculation and prognostication that Chauvin’s guilty verdict might signal a shift in the public’s understanding of the severity of police violence. At the same time there seems to have been a doubling down among a significant percentage of white America in the belief that Chauvin was the victim of bogus charges and hopes that the verdict will be overturned on appeal. This reaction has reaffirmed my observation of what Wendell Berry called white Americans’ “hidden wound.” Berry puts it this way:

If white people have suffered less obviously from racism than black people, they have nevertheless suffered greatly; the cost has been greater perhaps than we can yet know. If the white man has inflicted the wound of racism upon black [people], the cost has been that he would receive the mirror image of that wound into himself…. The wound is there and it’s a profound disorder, as great a damage in his mind as it’s in his society.

Political scientist Ashley Jardina in her book White Identity Politics has made a related observation on the increased anxiety and unsettledness among white Americans beginning in the early 2000s. In her extensive survey research on white political attitudes, she has found that because of the continued influx of immigrants, particularly from Latin America, and the election of Barack Obama as president, 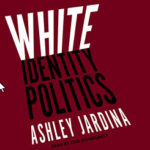 many whites are becoming aware of their racial identity coupled with a fear that they are losing their place of power and privilege to shape the cultural and political future of the United States. She further points out that Donald Trump effectively spoke to those fears in his successful election as president in 2016. The January 6, 2021 raid on the U.S. Capitol by avowed white nationalists and the continued influence of now ex-President Trump signal that the threat the 30-40% of white Americans experience to their dominant status not only continues but may have grown. And now that fear of threat is further enhanced in their minds because a policeman in the line of duty is convicted of murder while “doing his job.”

These insights by Berry and Jardina demonstrate that while racism and white supremacy have caused BIPOC (Black, Indigenous and other People of Color) significant hurt and damage throughout U.S. history, that same racism has disintegrating and damaging effects on white people as well.

I was first introduced to this idea in 1979, when I took a course on racism with the late Dr. James Tillman. In his book Why America Needs Racism and Poverty, he wrote: “The refusal of whites to acknowledge and discuss white racism is caused by insecurity and an unhealthy self-love” and is a sign of collective mental illness in which “the consistent use of race as the central and ultimate criterion by which the white [person] in Western Culture judges non-white people and therefore himself.”  The use of race in this way “produces in the white personality a defect which is expected in and patterned by our culture.”

James Tillman was not a psychiatrist but in the last decade what Tillman described has now been validated by recent findings in neuroscience about the nature, causes, and effects of historic trauma. Psychiatrists have long known the experience of trauma is clearly related to violent and tragic life events, like natural disasters, participation in war, physical and sexual abuse, and other forms of violence. 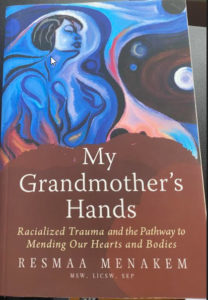 What has come to light more recently is how the impact of trauma, if not properly addressed, can be transferred intergenerationally, which may occur as dysfunctional behavior and thought patterns modeled by the parent are then picked up by the child. Even more significant is how trauma can actually alter a parent’s DNA so that the impact of that trauma is transferred at the genetic level. This discovery has led to a recognition of what is now referred to as historical trauma. Reesma Menakem, the author of My Grandmother’s Hands and an expert on somatic trauma, writes: “Historical trauma has been likened to a bomb going off, over and over and over again.”  In its simplest form, trauma is the human body’s natural defensive response to minimize or stop something perceived as dangerous to the body.

While much has been written about the historical racial trauma suffered by African-Americans and Native Americans in this country, the effect of historical trauma on white people has been largely overlooked. While most of Menakem’s work focuses on the historical trauma suffered by BIPOC, he devotes a chapter of his book to the effect of what he calls “white-body supremacy trauma” on white people. Reflecting on England’s brutality and its traumatic impact on the first European arrivals to the United States, he writes: “When the English came to America, they brought much of their resilience, much of their brutality and I believe, a great deal of their trauma with them.” Seen through the lens of historic trauma, the rigid brutality of the Puritans against those who violated their codes makes sense, as does their vicious dehumanization of the indigenous and African peoples. Likewise, the British persecution of the Irish helps to explain the brutal violence of the Irish against Black people in cities like New York and Philadelphia when they arrived in North America. Moreover, the institutions of slavery and the inhuman buying and selling of human bodies make sense in light of historical trauma. As the saying goes: “Hurt people hurt people.” Traumatized whites turned their pain toward those more vulnerable than themselves, which in turn institutionalized white supremacy in the nation’s political, economic, and cultural life. As Native American scholar Mark Charles states, “it’s impossible to be complicit with centuries of traumatizing oppression without becoming traumatized oneself.”

The clearest indication of the effects of white supremacy body trauma is what Robin DiAngelo calls “white fragility.” Because of the historical trauma experienced by BIPOC and white people, cross-racial interactions or even the topic of race in homogeneous settings can be inherently stressful. Second, in accordance with the nature of trauma, the defensive reactions of whites to the reality of race is automatic, triggered by the reptilian brain and not a function of conscious rational thought. Third, the discomfort caused by white fragility functions as a means of protecting the racial privilege whites possess by insulating or removing them from the uncomfortable situation caused by racial stress. 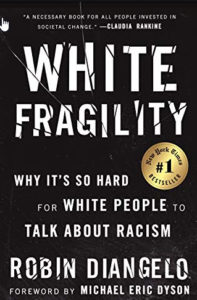 These insights from sociology, political science, and neuroscience lead to an interesting insight: that despite seemingly having benefitted over the centuries by their dominance and control over BIPOC in this country, the cost of that racial dominance has caused great hurt to white Americans’ psyches passed down from their ancestors, and have left them incapable to deal with increasing diversity in a multiracial, multicultural society. Racism has left whites with a “hidden wound” that makes them feel threatened.

In my interactions with white folks on topics of race, white fragility shows itself in at least two concrete ways. First, in my experience whenever the topics of race, racism, white privilege, and white supremacy are broached, a significant percentage of whites will respond by saying that I am trying to make them feel guilty. For some that guilt arises from a failure to address their racism despite their knowledge of it, and for others, it arises from a strong defensiveness against any suggestion that they had done anything wrong toward BIPOC. The second sign is an irrational fear that many whites express over either being called a racist or a fear of saying something that might insult a BIPOC person or call attention to their ignorance or lack of awareness of racial issues.

My response to these responses has first been to stress that identifying someone or oneself as a racist is not an accusation, but rather a diagnosis. Living in a society in which all our major institutions and systems regularly propagate and reinforce racist policies and practices, it is only natural that whites would hold attitudes and emotions associated with racism. However, seeing racism as a diagnosis rather than an accusation can empower whites to address those attitudes and emotions in a constructive and healthy manner.

To those who acknowledge their feelings of guilt, I suggest that whites are not responsible for the sins of their ancestors, but rather are responsible for addressing the consequences of that historical racism. They can seek to change the institutions and groups of which they are a part and to commit themselves to work in concert with BIPOC as they seek to address the laws, policies, and practices that continue afflict and hinder full access to their basic human rights.

To those who express fear, I suggest that living constructively in multiracial settings is not something most whites have been socialized to do. By contrast, at an early age BIPOC must learn how to navigate the institutions of our society steeped in white ways of thinking and acting as a matter of maintaining their sanity, and in some cases their very survival. By contrast for whites learning to effectively navigate multiracial spaces and concerns is like learning to ride a bike for the first time. We are learning a new set of social skills and attitudes, and sometimes we fall, sometimes we say the wrong thing, and sometimes we are at a loss as to how to respond to certain issues and events. However, just like the child who gets back on the bike and tries again, we who are white must learn from our mistakes and seek to grow and do better the next time.

Racism has hurt and continues to hurt white people in America. The impact of white-body supremacy trauma, white fragility, and white supremacist politics have made it difficult for white people to face their own racism and its debilitating effects. This does not mean we should go easy on white folks and refrain from speaking the truth about racism’s socially unjust and devastating consequences for BIPOC. However, this awareness can give those of us who are white insights into our continuing struggles to be effective allies and accomplices for racial justice and can help us appreciate the other white folks in our relational networks who express fear, defensiveness, and guilt whenever we bring up the topic of racism. This does not excuse us from disrupting white silence on these issues but can provide us understanding why whites often respond the way they do.

Robin DiAngelo (2018). White Fragility: Why It’s so Hard for White People to Talk About Racism

Reesma Menakem (2017). My Grandmother’s Hands: Racialized Trauma and the Pathway to Mending Our Hearts and Bodies.