Gun Violence as a Spiritual Issue 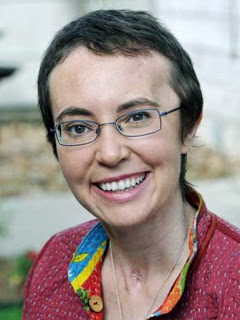 During my recent sabbatical I researched and wrote a paper on Faith Based Responses to Gun Violence. In this research I studied the gun industry, the media, the NRA, the culture of guns and the way in which faith communities can and should respond. Over the next several weeks, I want to share the fruits of my research in hopes that a greater awareness of the hideous and twisted nature of the gun industry and the havoc it wreaks may move us to more concerted action. In light of the violent flash mobs in Philadelphia and elsewhere, and the riots in London, not to mention the random gun violence plaguing our streets, this discussion and the need for action is as urgent as ever.
In this first segment, I set out my case (that will be developed further) that at its heart the struggle over gun policy in this country is a deeply spiritual issue.

On January 8, 2011 Rep. Gabrielle Giffords and several other people were shot by a lone gunman during a political town meeting in a Tucson, AZ shopping mall. The next day I posted a blog advocating for stricter laws on the sale and carrying of guns. In response to that blog a friend of mine who lives and works with young people in the Kensington section of North Philadelphia sent me a link a brief news article recounting a shooting in midday outside a local store (WPVI, 2011). My friend made no comment, but his point was clear. Even as the nation responded in shock and horror at what had happened to Rep. Giffords, literally thousands of shootings go unnoticed in urban communities all across the nation.

While much of the discussion following the Giffords incident focused on the polarizing political rhetoric which may have influenced the shooter, Jared Loughner, few Democrats and no Republicans dared to speak up for greater regulations on the sale of handguns. As Dick Polman noted: “The [gun] issue is off the national agenda because Democrats have been rendered mute by their terror of the gun lobby” (Polman, 2011).

The confusing response to the Tucson shootings highlights a continuing paradox in the ongoing debate on the place of firearms in American life. Numerous academic studies have documented that the proliferation of firearms increases the likelihood of those guns being used against innocent. National groups like the Brady Campaign for Gun Violence Prevention, and the Mayors Against Illegal Guns have sought to inform the public about the linkage between lax gun laws and death and injury by firearms. High profile shootings have occurred in surprising places like Columbine High School, Virginia Tech and Tucson. Even so polls show that the public remains deeply divided on the issue and the gun lobby continues to make advances in easing access to guns from local ordinances up to the Supreme Court.

Why is there an apparent disconnect between vigorous efforts to limit regulations on handgun sales and the voluminous data showing the danger the presence of firearms presents citizens? Why do gun violence prevention groups have continued difficulty convincing the American public and political leaders of the need to pass laws limiting and regulating the sale of handguns? How have the pro-gun advocates been so successful at dividing the American public on this life and death issue?

The answers to these questions lie in the effective way in which the gun industry and  its promoters have tapped into basic American values  and created a polarizing climate of fear and distrust whenever efforts are made to regulate the sale and usage of guns. While gun-related violence continues to afflict communities across the country, the gun industry uses effective marketing strategies and image manipulation to obfuscate the issue and continues to record substantial profits and exercise significant political influence.

Viewed through the lens of faith, the struggle over gun policy in this country is a deeply spiritual issue, reflecting what the apostle Paul called a battle against “principalities and powers” (Ephesians 6.12; Romans 8. 38). Even so the institutional church has been largely silent and inactive on this issue. However, Christians and people of other faith traditions have begun to challenge the gun industry, realizing they are uniquely equipped and called to work for common sense laws and policies regarding the sale and use of firearms.

Subsequent segments in this blog will attempt to show how this is true, and how Christians and other people of faith, can make a difference.
Sources: