Gratitude, Grief and Remorse at Thanksgiving 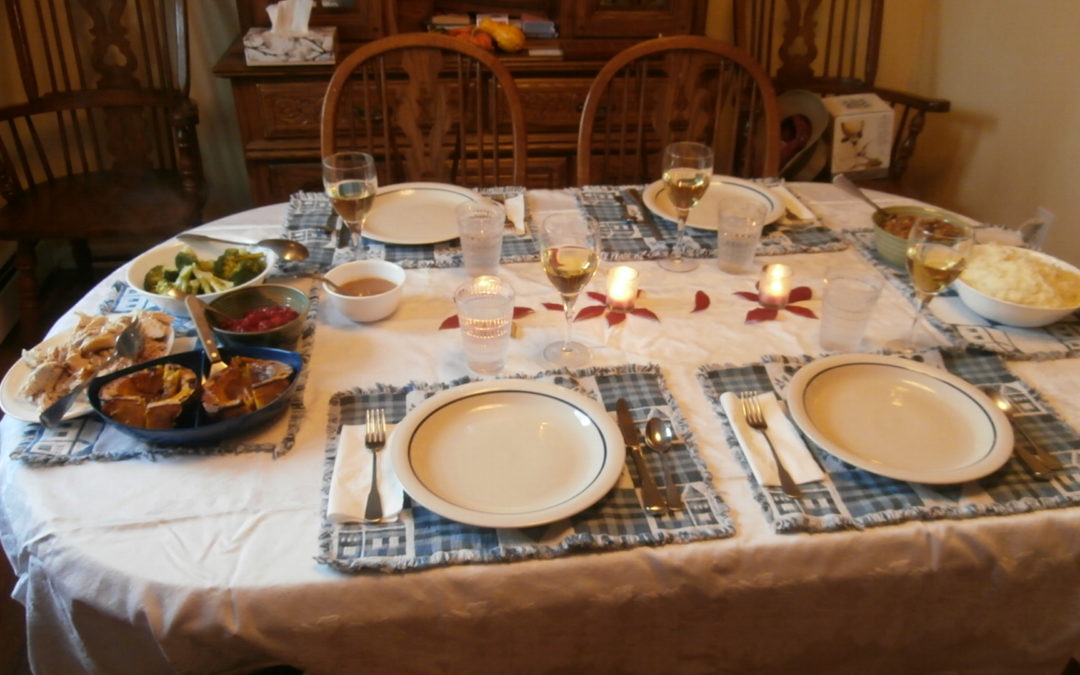 Thanksgiving is one of my favorite holidays. Every year in the days leading up to it, I take time to make a list of all the people, events and other things from the previous year that I am thankful for. I have been doing this personal ritual since my college days. And I am always amazed as I reflect back over the previous 12 months how many blessings and good has come into my life, despite the struggles and the difficult events of the previous year.

In her book What Does Justice Look Like? The Struggle for Liberation in Dakota Homeland, author Waziyatawin (Wah-zee-yah-TAH-ween) tells the history of Minnesota from the perspective of the Dakota ( also 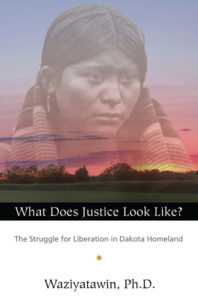 called the Sioux) peoples who occupied the land they called Minisota before the European settlers came from the east. Dr. Waziyatawin is a professor and scholar of the Dakota tribe who is committed to the Dakota reclaiming and restoring their sacred lands that were stolen when white settlers came to that area. In 1851 the Dakota signed treaties with the settlers under threat of being eliminated and eventually were moved to areas west in what is now North and South Dakota. However, the defining event in the history between the Dakota and the white settlers was the hanging of 38 Dakota men in the town square of Mankato, MN on December 26, 1862.

In December 1862 in a desperate attempt to reclaim their land and protect their sacred grounds, a group of Dakota warriors attacked the white residents of Mankato, MN and were roundly defeated. On orders from then-president Lincoln thirty – eight of those warriors were hanged in the center of town,  while hundreds of women, children and the remaining men were marched about 80 miles to Fort Snelling  (located just south of current-day Minneapolis) where they were imprisoned and where hundreds died of starvation and deprivation. While to many Minnesotans, Fort Snelling is a historic landmark, to the Dakota it is their Auschwitz.

Native American historian Vine Deloria, Jr. writes: “America has yet to keep an Indian treaty or agreement despite the fact the United States government signed over four hundred such treaties and agreements with Indian tribes. It would take Russia another century to make and break as many treaties as the United States has already violated” (quoted in What Does Justice Look Like, p.29).  This attack was a response to a series of treaties that had broken by the settlers going back as far as 1851. Governor Alexander Ramsay made his intentions clear when he proclaimed, “The Sioux Indians must be exterminated or driven forever beyond the borders of the State.” Though the Dakota had occupied that land for thousands of years, and now they were being driven from their ancestral homes.

Growing up I had heard of the Sioux Indians, and the so-called “Sioux Uprising” of Mankato, but not the whole context of that event. I had visited a reservation as part of a church mission trip. However,  I never heard of the genocidal violence foisted on the native peoples by the white settlers. Waziyatawin has dedicated herself to telling that story and calling upon Minnesotans to recognize the historic harm done to the Dakota and urging them to take steps to return and repair some of the lands that were stolen. 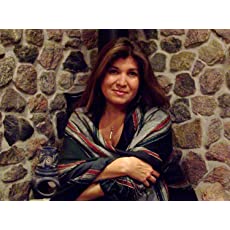 To that end she has started an organization Makoce Ikikcupi (which means Land Restoration), which solicits donations to purchase some of their traditional lands for the Dakota peoples to return to. While she has not yet been able to get the state or federal government to engage in an apology and a process of reparations, that is the ultimate goal. As part of the reparations, she has called for the tearing down of Fort Snelling and replacing or repurposing it as a place of remembrance for the incarcerated Dakota people who died within its walls, much like Auschwitz today serves as a memorial to the German genocide against the Jews.

I moved to Minnesota with my family when I was five years old, and called the state my home until I graduated from college in 1975. I  returned for six years with my own family from 1986-1992 and lived in the southern Minnesota town of Winona, named after a Dakota princess. And yet during all those years in the state, I never heard of this horrific history. To encounter this year all these years later is deeply disturbing. I admit I am partly to blame for not seeking to learn that history myself, and yet it is also our American tendency to cover up these troubling and sordid aspects of our national historic record.

The Dakota story is only one of thousands of similar accounts that can be told since the Wampanoags first encountered the Pilgrims on the shores by Plymouth Rock. And we must do better to come to terms with the good, the bad and the horrifically ugly in the American story. Just like the history of slavery, Jim Crow, and lynchings of African Americans, so too the full account of our national past must be reckoned with.

Thanksgiving is a time that I and many others stop to give thanks for the blessings of the previous year. Because of the COVID-19 pandemic for many, this will also be a day of remembering and mourning loved ones who have died. The suffering we are experiencing in 2020 gives a tiny window into the massive suffering of many indigenous tribes throughout U.S. history. So as we gather virtually or in-person for this special American holiday, let us to do so with a mixture and gratitude and remorse for a history of genocide that has been covered up and minimized.

And perhaps going forward we can listen to the voices of our indigenous brothers and sisters like Waziyatawin, and seek to work toward a repair of the deep and historic harm carried out by our ancestors and others.