Global Capitalism at War with Itself – While Migrants Languish 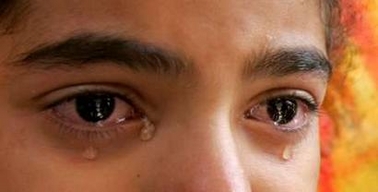 This week the threatened tariffs from Canada, China, and the European Union that were initiated in response to the U.S tariffs initiated by #45 have gone into effect. The U.S. Chamber of Commerce is protesting, the stock markets are wavering, and at least one manufacturer – Harley- Davidson – has decided to move some of its manufacturing to Europe to avoid tariffs on its motorbikes sold in the EU. Meanwhile, Mr.  “Art of the Deal” assures us that his phone is ringing off the hook with countries wanting to make a deal to undo this trade war. These developments follow on the heels of #45’s disparaging remarks about his G-7 partners, his threats to NATO, his embrace of North Korea’s Kim Jung Un, and his eagerness to meet with Russia’s Vladimir Putin.  It is as if the global capitalist powers are at war with themselves and despots and dictators are being embraced for the “strength.”

Meanwhile, thousands of migrant parents from Central America have been separated from their children, while others are being detained in tent cities in the blistering Texas heat. Simultaneously #45 and his conservative Congressional cronies and Jeff Sessions seek to “get tough” on immigration. At the same time, a similar scenario plays out in Europe where German Chancellor Angela Merkel is under fire for imploring the German people, as well as her European allies to develop an open and compassionate approach to immigration in this time of a global migrant crisis. In language that echoes the words of Jesus in his famous sheep and the goats parable of Matthew 25 (i), Merkel has challenged her colleagues and citizens with the idea that how they handle the migrant crisis is a reflection of whether or not they truly embrace the democratic values of justice and freedom they freely proclaim.

While these two issues at first glance may not seem connected, in reality, they are deeply connected as they are the result of a neoliberal capitalism run amok, benefitting the few at the expense of the many. For those who may not be familiar with the term, “neoliberalism” is a social, political and economic theory that believes “competition is the only legitimate organizing activity for human activity” (ii). Neoliberals from Ronald Reagan to Margaret Thatcher to Bill Clinton and Barack Obama believe that competition in the “market” leads to the best result whether talking about tires, schools, healthcare or how to treat refugees. It’s a philosophy in which there are winners and losers, with no regret or recompense for the losers. In the world of neoliberals Presidents, Prime Ministers, CEOs, hedge fund managers and the like are “winners,” and the poor and the migrants are the losers. Those in between are the pawns manipulated to justify the inequity. However, what is seldom acknowledged is that global capitalists made sure the game was rigged in their favor so that elections were bought and paid for, and few if any radical voices – like a Bernie Sanders or the new Mexican President Obrador – get in.

The refugees and migrants seeking asylum in Europe are a result of decades-old manipulation of Middle East geopolitics all for the control of oil in the Mideast and precious metals in Africa. The thousands of migrants gathering at the U.S. southern border are the result of decades of U.S. intervention in Central American politics that have left countries like Honduras, Guatemala and Nicaragua struggling with poverty and violence. No doubt the leaders in those countries are responsible too, but one can only wonder how much they have been manipulated and used in the cause of “development’ i.e. spreading global capitalism.

And now the capitalists are fighting among themselves, instituting tariffs as a way of somehow protecting their economies that are inextricably linked together in the global capitalist web. As much as I detested #45’s rude and arrogant behavior toward is G-7 counterparts, I could not stir up much pity for the recipients of #45’s remarks. Rather I could only marvel at how the people whose countries control an overwhelming percentage of world’s wealth could be so petty with each other and so callous toward the truly poor in their midst and the migrants on their borders. On one level, one can only hope the greedy lions devour one another except for the fact on another level, the ones who will suffer will not be the CEOs, bankers, stock brokers and political leaders, but it will be the people who are only numbers (GDP, GNP, Employment rates etc.) on a balance sheet (such as, the Harley Davidson workers who will lose their jobs). Meanwhile, God who abides with poor and the oppressed, looks on as thousands at borders long only for a comfortable bed, a safe home and the basic essentials of life, weeps.

We should weep with them and in our sorrow, march, as thousands did last weekend and continue to raise our voices for a new order built not on greed but on compassion.