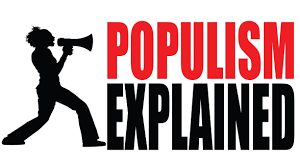 Ever since the November election, I have been in an intellectual and ethical (dare I say, even spiritual) quandary over the word “populism.” At its root the word means “pertaining to the populace, of the people.”  Dictionary  definitions include – “pertaining to or extolling the common person;” “grassroots democracy:” and “working class activism, egalitarianism.”  When I have thought about populism in the past , I have had these definitions in mind. However, there is another definition that seems to have become prevailing perspective: “often antiestablishment, anti-intellectual movements or philosophies that offer unorthodox solutions or policies and appeal to the common person rather than traditional policies or partisan ideologies.”  When pundits talk about Donald Trump (hereafter referred to as #45) or France’s Marie LePen as “populist,” this is the definition they are drawing on.  They are certainly unorthodox, but they are not necessarily serving the needs of the common person in long run, but rather a far right agenda designed to concentrate power and wealth in the hands of the elite few.

What is disconcerting for me is that I have always been an advocate of bottom-up political action; efforts that come from people coming together around common concerns to advocate for social change and just policies that benefit those who are often overlooked by our oligarchic and plutocratic government system.  While we may be distressed with the undue influence of the top economic  1%, a close reading of the U.S. Constitution reveals that is exactly what the founders intended; white men with property were the only ones given the capacity to vote, presumably because they were the only ones who had the freedom, education, and philanthropic capacity to do what is best for the whole populace. Since 1787 we have come to see the fallacy of that view and worked to undo the fallacy of the founders by working for rights for women, the poor, people of color and other groups previously shut out of the democratic process. These changes came about due to populist movements such as the movements for the abolition of slavery, women’s rights, and Civil Rights. But that is a much different kind of “populism” we have gotten with #45. 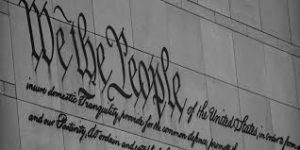 Now part of the problem is the issue of who or what defines the “common person.” Often whites and various people of color groups have been pitted against one another by ruling elites, so that these groups often see each other as competition rather than potential partners. In the 1930’s some unions in the emergent Congress of Industrial Organizations ( the CIO of the AFL-CIO) came to Highlander Education Center in East Tennessee to learn about how to organize unions in the South. Myles Horton, Highlander’s director, said he would only do so if the white union members would include African Americans in their organizing. At first the white union members resisted, but thru consistent efforts Horton was able to show them that they were stronger together than apart, and they won great victories that benefited all involved both black and white.  Too often there have not been enough leaders like Horton to challenge the “divide and rule” strategy of corporate and political leaders, and so poor whites and people color see each other as adversaries rather than allies.

So this past November the predominantly white voters for #45 were hoodwinked into seeing immigrants, Muslims, and people of color as a “threat” to their advancement in a “populist” appeal. But as became evident with  #45’s tax plan revealed this week, it appears that his supporters are being thrown a tiny bone, while the super wealthy make off literally like bandits. The last time there was a tax plan to give the wealthy such huge tax cuts was in the 1980’s when Ronald Reagan was president. His rationale then was that the wealthy and corporate leaders would take their tax breaks and “trickle down” the wealth and provide jobs for the middle and lower class. What was supposed to provide greater wealth for all  started the trend leading to  today’s growing disparity between the wealthiest 10% and everyone else. If the wealthy want to create jobs, they have enough money to do so, and so more money won’t do anything. Sure some small businesses may be able to expand their workforce, but the major corporations will only continue to reap profits at the expense of the rest of us. That’s what we learned 30+ years ago and here we go again.

What we need is a populist movement of the grassroots democracy type that brings all the people who are being jacked by #45’s lies, deceit and personal greed, and come together across lines of race, class, ethnicity, religion and whatever else has been used to divide us. Then we can proclaim “populism” as a positive force for keeping the wealthy elites accountable for their manipulation of our system. If we don’t come together we will continued to be manipulated by the faux-populists and hurt all of us in the long run. 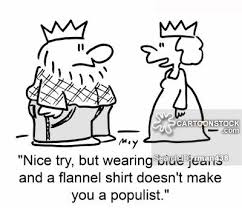