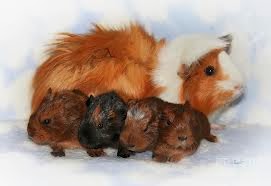 When I was about 7 or 8 years old I went to visit my cousins who lived in the Chicago area. They had some guinea pigs who had just had babies. After the babies were born they took the adult guinea pigs out of the cage because as my aunt explained if the adult guinea pigs were not removed, they might eat their newborn babies. That memory came back to me the other day when I read about Dick Metcalf, a long time columnist with Guns & Ammo magazine who was fired for writing a columnentitled “Let’s Talk Limits” in which he challenged the idea that the there ought not be any government regulation on gun use or ownership. He wrote: “…. way too many gun owners still seem to believe that any regulation of the right to keep and bear arms is an infringement. The fact is all constitutional rights are regulated, always have been, and need to be.” In the past Metcalf has advocated regulation of concealed weapons and called for carriers of concealed weapons undergo training and preparation for responsibly bearing arms.

According to the editors of Guns and Ammo Metcalf went too far this time. Two days after the column appeared in late October, Metcalf was told that two major gun manufacturers, Ruger and Remington, threatened to pull their ads from the magazine unless Metcalf was fired.  So you know what happened. Metcalf is only the most recent of respected journalists and leaders in the pro-gun community who have been vanquished for questioning the “all or nothing” mentality of the NRA zealots and gun manufacturers.  Note that people like Metcalf are hardly what one would consider “moderate” on the issue of gun rights, so the fact that he would be ostracized shows just how narrow and rigid the “pro-gun” advocates are. The Second Amendment has become the holy grail in the minds of its worshippers, granting them absolute freedom to do whatever they want in the area of gun use and ownership. Newtown, Aurora, Virginia Tech, Columbine, Tucson – nothing must dampen their worship of the almighty right to bear arms.
This most recent issue is illustrative of what is happening in the conservative political community in general. The Tea Party advocates like Ted Cruz and Rand Paul are creating havoc within the Republican party, so much so that even House Speaker John Boehner, who is about as conservative as they come, has called them out for being too rigid and unyielding. Even Boehner knows that most of the gridlock in the House last year came about because Tea Party hardliners are trying to foist their rigid views on the rest of the Republican Party.  Like my cousins’ guinea pigs, they appear to be devouring one another.

Those of us who stand outside that intra-conservative debate should take note. Seeking to dialogue or reason with the ardent, hardline Tea Party, pro-gun types is not a logical strategy. However, joining forces with some who have been ostracized by their own people might make sense. On the other hand, we need to realize that as intractable and annoying as the John Boehners of the world may seem, they are only part of the problem. At issue is a deeper sickness in our culture.
While I get an admittedly sick joy in seeing conservatives beating up on one another, at the same time I am troubled by the uncompromising mean-spiritedness and narrow-mindedness that seems to be endemic in our culture. Last month I attended a rally commemorating the one year anniversary of the Newtown, CT shootings. The main speaker was former Democratic governor of Pennsylvania, Ed Rendell, who during his term had attempted unsuccessfully to pass legislation restricting the sale of handguns through a predominantly Republican legislature. At the rally last month Rendell’s solution and charge to those gathered was that we become “one-issue voters” like the pro-gun folks. In other words, he was asking us to become as rigid, narrow-minded, and unyielding as our adversaries.  While I have yet to think of an appropriate alternative I found Gov. Rendell’s solution to be a less than satisfying.
Developmental psychologists tell us that one of the marks of maturity is the ability to live and work with ambiguity. By that standard our culture (as illustrated by the pro-gun rigidity and Gov. Rendell’s response) has regressed to a pre-teen level. Such a culture has no more room for a thinking person on the left as it does for a thinking person like Dick Metcalf on the right.  Perhaps those of us who are a bit more grown-up (i.e. those who realize that ambiguity and compromise are not bad things) need to let the purists devour themselves, while we try to figure out a way to live and work together productively. Holding strong opinions and views on issues is not the problem, nor is holding to one’s position on some issues. However, when rigidity and narrow-mindedness become the only response, then like those guinea pigs all we are doing is eating each other alive. 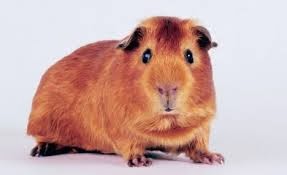