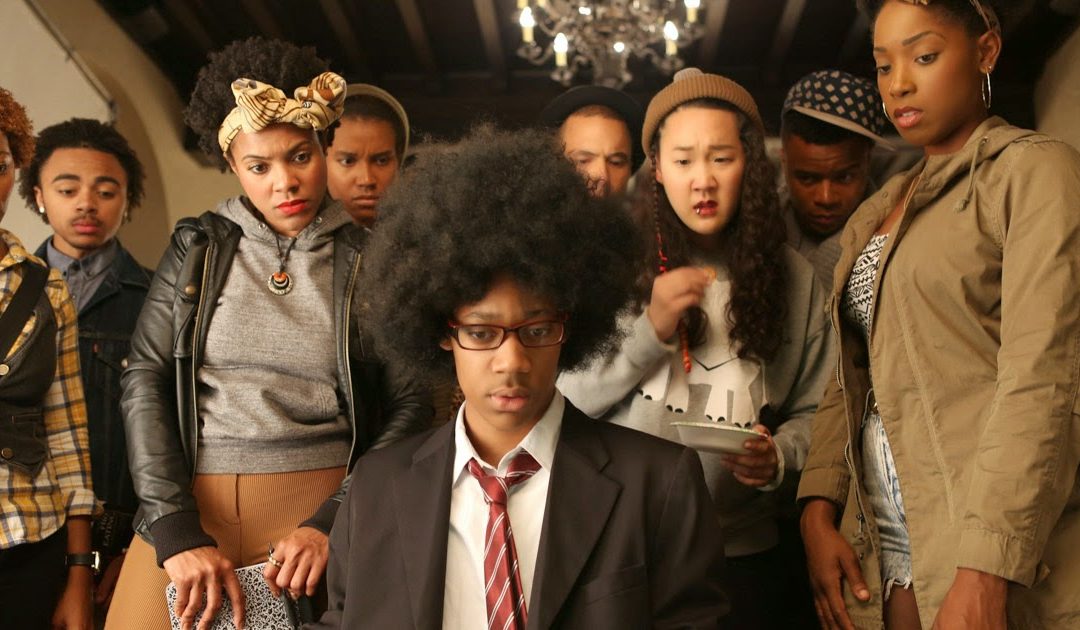 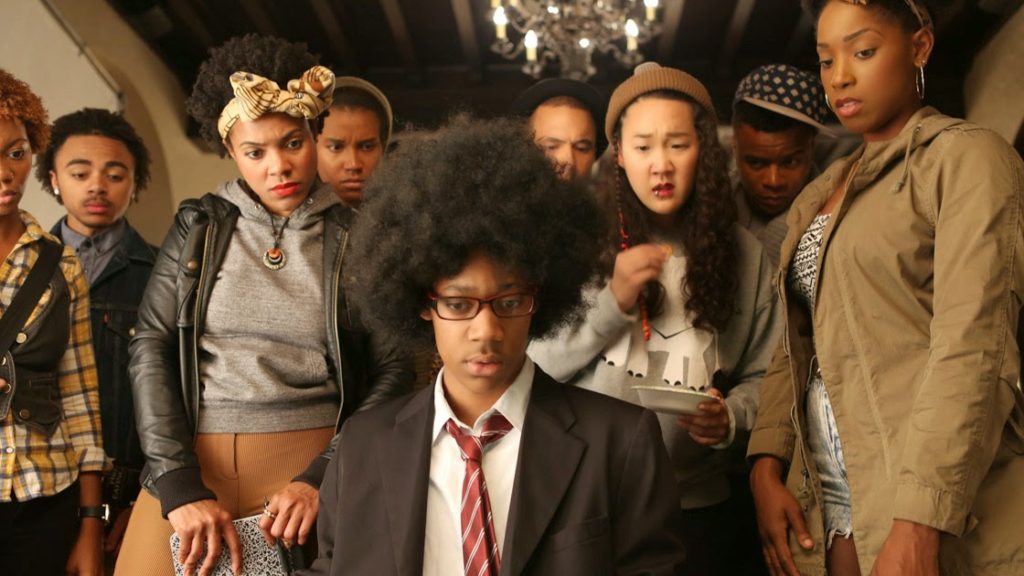 Last weekend I went to see the film “Dear White People.”Having seen all the trailers and promos on the internet, I expected to see a Spike Lee type film designed to put White people in their place because as a group Whites tend not to get this “race thing.” Instead I was surprised to discover the film to be a serious and intelligent look at what it means to be Black in the United States in 2014. If I were to guess the meaning of the title, it would be in essence to say “Dear White people, don’t put us in boxes and stereotypes. We want the freedom to shape our identities in any we want, just like you.”
In her ground breaking book, Why are All the Black Kids Sitting Together in the Cafeteria, Beverly Tatum points out that developmentally the college age years are a time of exploring, experimenting and eventually shaping one’s adult identity, and for many Black young adults this means joining in Black fraternities and other social clubs to explore the meaning of being Black in 2014.  She convincingly contends that Black kids stick together not primarily out of resentment of hate of Whites, but because they are trying to navigate the ambiguous and often hostile terrain of racism in U.S. culture. I could not help but think about this book, along with Spike Lee’s “School Daze” as a backdrop to this film.
One of the precipitating events in the film is the election of Sam, an apparently militant Black Power

anarchistic biracial feminist as head of the all Black dorm at prestigious Winchester University. While on the outside she seems to have her stuff together, as the film progresses we learn that she is as confused as her peers wanting to express herself, but sneaking off with a white boyfriend while simultaneously worried about the health of her desperately ill white father whom she loves deeply. While this is going on internally, outwardly she leads a campaign to exclude all White people from the Black dorm’s cafeteria, and heads up a campus wide radio program called “Dear White People” in which she chides White people not to try and  “act Black” because they don’t get it.

In response, an all-White dorm decides to host a Halloween party where invitees are encouraged to “get in touch with their inner Negro.” Despite attempts by the president and dean of the school to stop the party, it happens anyway and white students come dressed up in the most demeaning and stereotypical black roles. As administrators are wont to do they shut down the party while insisting to alumni and donors that there is “no race problem at Winchester.” Denial and suppression have all too often been the tactics of the Baby Boomer generation when it comes to things racial.

What I appreciated about the film is how it depicts the current Millennial generation’s struggle to understand the dynamics of racism in the 21st century. I disagree with Roger Ebert who wants to avoid the whole focus on race “because it is so exhausting.” As one who spends a great deal of time with this generation and teach a class on Race and Ethnic Relations, I found that the movie helped me articulate some of the generational differences between my perspective on race and that of my students. Millennials have a cursory knowledge of the history racism in our country, and in my course when they are confronted with that history, they are blown away by the way that history informs interactions today.  They want to think of themselves as post racial, but when events like Ferguson or Trayvon Martin’s murder occur, they revert back to the angry activism of the 60’s, yet without a clear focus. While it is true this generation, especially those in higher education, have had far more casual interaction across racial lines than their  Baby Boomer parents, they feel no need to deal with or even talk about race issues. Yet below the surface, both Black and White students have many fears, questions and uncertainties, and don’t often know where to go for answers.
I would love to use this film as a starting point for discussion in my course, because it shows that the deepest power of racism is its influence on how we view ourselves and how we see the racial “others.” Some respond to this power to shape identity with denial, others with fear, others with hopelessness and others with anger. That is what comes through so clearly in this film.
Were I to have had input in the film I would have wanted to have more racial diversity than simply Black and White; Asian and Latino students make a temporary appearance, but the film does not break away from the Black-White polarity that shapes so many discussions around race. Other racial/ethnic groups experience racism too, but in ways unique to their experience and background. Secondly, I would have liked to have seen the same diversity portrayed among the White students as the Black students. Just like the Blacks in the film, my experience is that Whites have varying degrees of awareness and willingness to confront the reality of racism in our day. Like many Blacks they want to believe that we are past needing to deal with racism, yet when confronted with racism’s reality, they don’t know how to respond constructively.
However, I think the film’s purpose was to show that while in one sense civil rights for Blacks have come a long way (otherwise they would not have been at such a prestigious university), the spoken and unspoken barriers of racial discrimination still continue to confront this Millennial generation, and like those before them, both Blacks and Whites have their own challenges to overcome as we move toward Dr. King’s dream of the Beloved Community.

This is a  film I would like to see again. I felt the nuances and subtleties of racism in our era are beautifully captured, and as such, I am sure there is much I missed. However, what I did take from the film has had me thinking all this past week. So in my mind it is worth seeing again.