Combatting Intentional Ignorance with the Truth 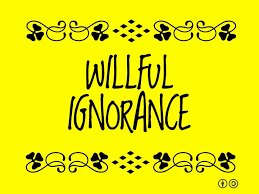 Why Don’t We Know?

Once a black student in one of my courses asked: Why is it so hard for people in America to acknowledge that the country was, in fact, built on slavery with white supremacist ideas? We were talking about mass incarceration of African Americans in the U.S. criminal justice system. For this student, the connection between slavery and mass incarceration was so clear – why couldn’t others see that?

Recently, I came across an article on the “sociology of ignorance,” that seemed to answer her question. In the article Dr. Jennifer Mueller,  a sociologist at Skidmore College in Saratoga, NY, argues that her fellow sociologists spend a great deal of time and energy researching epistemology (why and how people know what they know), but do not spend nearly enough effort studying why individuals, institutions and cultures cultivate willful, purposeful ignorance. Dr. Mueller goes onto show that when it comes to racism, whites and predominantly white institutions cultivate ignorance when it comes to the devastating impacts of racism in our society. Mueller’s article answered my student’s question; we do not understand the connections between our history of racism and current affairs because white supremacy at work in our educational institutions works to keep us ignorant of such things(1).

As I was reading Mueller’s article, I could not help but realize that in our many efforts to fight injustice, very often we are fighting against power structures that are highly invested in denying reality and confusing people with so-called “alternative facts.” Mueller makes reference to the 2014 documentary “Merchants of Doubt,” which describes commercial and political efforts devoted to obscuring the truth in the name of power and profit. The film uses the example of the tobacco industry, which insisted that nicotine did not cause cancer when their own researchers knew it did. For decades the tobacco companies profited by denying what they knew to be true. Eventually, their lies were uncovered for the world to see, and they were sued for millions of dollars in a mass class-action suit brought by the federal and many state governments. Today we see the Trump administration doing the same thing, engaging in various campaigns of ignorance in their denial of climate change, their refusal to maintain necessary environmental regulations instituted by the EPA, and their rejection of overwhelming evidence of Russian interference in the 2016 presidential election.

The Opportunity and Challenge of This Moment

As the consequences of our current COVID-19 pandemic have emerged, the fissures and cracks in our society have become glaringly evident. The pandemic has revealed in a stark way the inequities that exist in our society in who has access to health care. It has shown how many people in our society literally live paycheck to paycheck, and now stand in line for hours to get a bag of food or to apply for unemployment insurance. We have seen how disproportionately African-Americans have tested positive for the virus, revealing the quality of life inequities that have been there for centuries. We have seen how many “essential” workers like nurse’s aides, janitors, and grocery store clerks are underpaid for their important work. We have seen how wealthier school systems were able to quickly transfer their teaching online because of adequate tech tools, whereas poor districts have had to scramble to be able to even make contact with their students, much less be able to effectively teach them. We have seen how huge swaths of our society, such as the homeless, the addicted, the incarcerated, Native Americans, and the undocumented, live precariously close to sickness and death every day.

As tragic as the suffering is from these inequities, their obvious presence has heartened many progressive activists into thinking that this pandemic might be the catalyst for significant changes in our healthcare and economic systems. However, Dr. Mueller’s insight into the dynamics of willful ignorance should give us pause. The power behind organized ignorance is formidable and the battle for change will not be easily won. A great deal of power and money is invested in ignorance and the great inequities they create.

As Mueller points out, at the heart of the word ignorance is the active verb “ignore.” When Mueller speaks of ignorance, she is not referring to someone’s inability to know or understand something. Rather, she is talking about powerful forces at work whose goal is to obfuscate the truth.  These forces want to coverup the consequences of racism, classism, and greed at work. Despite the obvious pain and disruption caused by the pandemic, these forces deny the impact. The President, Sen. Mitch McConnell and their cronies hide, divert and deny any evidence that undermines their personal and political agendas. Even now, Republican politicians like Lindsay Graham are arguing against financial assistance to unemployed workers, saying such help will incentivize people not to work (like a couple thousand dollars will somehow meet all their needs). And what is unfortunate is that many working-class people, overwhelming white, will swallow these lies and support political views and policies that will actually adversely impact them.

The Power of the Truth

In the 1970s there was a pop story/song by Harry Nilsson called “The Point.” In that story was a line that has stuck with me since I first heard it: “You see what you want to see, and you hear what you want to hear.” So 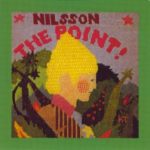 it is with what we seek to know, and what we chose not to know. After reviewing all the various ways that ignorance operates in our society (and there are a lot of them!), Dr. Mueller chastises her fellow sociologists for choosing to be “ignorant of ignorance” and notes how in the world of academia, as in the rest society, “ignorance is so fundamental to the mechanisms by which racial and other forms of domination are enacted and maintained.”

Mueller reminds us that if we want to “flatten the curve” on inequity in our society, we will not only have to fight for the rights of all marginalized people, but we will also have to combat against the willful ignorance that keeps those inequities in place.   While we may not have the power of money and political position on our side, we do have the Truth. No matter how prevalent and powerful the force of ignorance may appear to be, it cannot win. As William Cullen Bryant said and Dr. King made famous: ”Truth crushed to earth  will rise again.”  Against the forces of ignorance we have what Gandhi called satyagraha (truth-force). I choose to believe with Cullen, King, and Gandhi that Truth clearly and strategically articulated still has power. I believe that with persistence we can push back against the walls of ignorance that continue to hurt so many people. We have no other choice. Truth must prevail. Programmed, institutional, intentional ignorance must be overcome. We shall overcome. Truth will overcome.

(1) Jennifer Mueller, (2018). Advancing a sociology of ignorance in the study of racism and racial non‐knowing. Sociology Compass 12 (8).