Christmas Greeting – A Year of Transitions 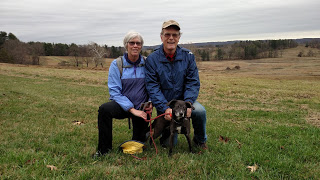 Christmas 2015
Dear Friends,
This past year has been a year of transition for the Boyd clan. Perhaps the most significant transition occurred in July when Cynthia retired after 21 years at Family and Community Service of Delaware County where she had been a social worker serving people with AIDS. Over her time there she witnessed a diagnosis of HIV/AIDS go from being a certain death sentence in the early 1990’s to a chronic condition that people could survive with proper medication and personal care. Since July she has been able to go to the gym regularly, reconnect with friends and enjoy hobbies like knitting and sewing she had set aside for a time.
Drick also has been going through a significant transition as Eastern University where he has worked for the last 18 years. Eastern went through a significant downsizing and reorganization. While he maintained his role as a professor and chair of the Urban Studies department, the increased demands created by the loss of staff has been very stressful. However, on a positive note, he saw the publication of his book White Allies in the Struggle for Racial Justice (Orbis, 2015). The book, which chronicles the lives of 17 Whites who worked for racial justice through U.S. history, has been positively received and opened up some new opportunities.
Hannah and Bill have grown into their life as homeowners in Lansdale, PA having made several improvements to their house. Hannah continues to work as a special education teacher, while Bill continues in the film industry. His biggest project was working on the movie “Creed” starring Michael B. Jordan and Sylvester Stallone, which was filmed entirely in the Philadelphia area.
Esther and her partner Tom relocated this summer from Washington, D.C to Chicago where Esther now works for Interfaith Youth Core, and organizations that works for cooperation among people of different faith traditions. Esther loves her job developing curriculum to be used in college classrooms. Esther and Tom also added Beau, a Great Dane puppy to their household. Still looking for permanent work Tom has kept busy as an Uber driver.
After over a year working with children in the woods with Trackers, Phoebe now works as a barrista in Portland, OR. We had the opportunity to visit Phoebe in her new hometown this summer, also spending time at a family reunion in Bend, OR with Deb, Perrin and their horses, as well as a week on the Oregon Coast with Wint and family.  Oregon is a beautiful part of the world, and we can see why Phoebe loves it, though we wish she was not all the way across the country.
While there is much in our world that is frightening and frustrating, we are thankful that our family is doing well amidst all these transitions, and wish you all a Merry Christmas and Blessed 2016!
Love,
Drick and Cynthia (& Sadie)