Books That Shaped my Life (#12) – Starting All Over Again: Hints of Jesus in the City (by John Vincent)

Note: I continue my series on books shaped my life, while sheltering in place due to COVID-19. I share the story of a man who showed me where to find Jesus. I also offer a mediation for this time when we are contending with the COVID-19 pandemic.

In the summer of 1981, I moved from the Boston area to Jersey City, New Jersey. With the help of a number of friends from our years in Boston, we packed up our U-Haul truck and headed off to a new adventure. I had been called to be the pastor of the First Baptist Church of Jersey City and Cynthia was starting her Masters of Social Work program at Rutgers University.

Jersey City was the most international, the poorest, and the most polluted city I have ever lived in. The congregation at the church consisted of about 14 different racial and ethnic groups, where at least seven different languages were spoken. At the same time, homeless people roamed the streets, sometimes slept under our porch and often knocked on the door of my office. Less than half a mile was a massive toxic waste dump that exacerbated my allergies every summer. I had come to Jersey City feeling called to urban ministry, and I had landed in a  place full of all the challenges my calling could ask for.

The church-owned house where we lived was next door to the church on a busy main street. All day and night we heard the roar of trucks and cars rolling past our house. Quiet was something we did not have. We just became accustomed to the constant noise.

For the previous 4-5 years, I had been reading books by authors like Henri Nouwen, Thomas Merton, and Richard Foster. All of these authors stress the importance of prayer and mediation as part of the Christian life. Prior to coming to Jersey City, I had tried my hand at mediation and found it extremely taxing and altogether unsatisfactory. When we moved into our house in Jersey City, finding a place for a “quiet time” of prayer and mediation was just plain impossible. So I gave up trying.

A year or two after we moved to Jersey City, I was invited by a colleague to come and meet with an urban missioner from Great Britain named John Vincent who happened to be in the area. I had never heard of John Vincent but was nonetheless eager to learn from someone who had more experience than me in urban ministry. The afternoon we spent with Vincent was rich with interesting stories and insights that I found practical and encouraging. He had also brought some books with him, and I bought two of them – The Jesus Thing: An Experiment in Discipleship and Starting All Over Again: Hints of Jesus in the City. 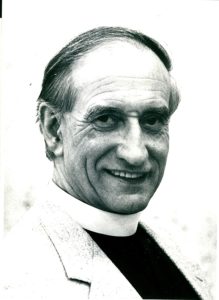 While John Vincent worked under the auspices of the Methodist Church, he was clearly frustrated with the way the local church seemed disconnected from the issues and struggles of people’s everyday lives. He criticized the continual effort churches made to get people to come into their worship, rather than seeking to make the effort to reach out and be among the people in the neighborhoods around their buildings.  Vincent believed and wrote that Jesus was present on the streets every day in the lives of everyday people many of whom never darkened the door of a church building. He wrote:

Thus the mysteries of Jesus are not pieces of truth about a few people called Christians who ‘opt into them” at baptism, crisis, and death…Rather they are the whole truth of what is happening to everybody, all the time, in vocation, marriage and family relationships, politics and leisure – the whole of life of [people]” (The Jesus Thing, p 58).

In other words, Jesus was not to be found only in some religiously sanctioned time and place, but also in the everyday activities of people’s lives. What Vincent was attempting to do was not bring Jesus to people, but to call attention to his presence already among them. His job, and by extension,  and the role of all followers of Jesus, was to seek him out in the marketplace, the street corner, the office building and at the dinner table.

Fragments of an Urban Spirituality

Near the end of the book Starting All Over Again, Vincent offers what he calls “Fragments for an Urban Spirituality.” In that section he suggests that all the rituals and ceremonies of the church are acted out every day among people of kindness and goodwill. All sorts of “religious concepts” like Jesus, Church, Adoration, Confession, Intercession and the like, can be tied to common everyday events. But what really struck me were his characterizations of Prayer and Meditation

Is sitting and listening

Is touching the children

Is resting on the bosom of fellow disciples

Is saying the truth over  and over again 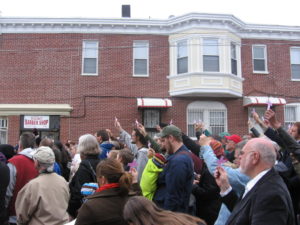 Is sharing blessings with Jesus-people

Not the leap of the soul into infinite soul

Not” he walks with me”, nor “getting the spirit-filled before pouring out”

Is walking the streets

Is looking at photographs

Is listening to life stories

Is looking over Jesus’ shoulder

Not putting myself away from reality: for all is already in it

What I took from these words and the whole of Vincent’s work is that God is actively at work in the world and our role as Christians to find God, point God out and join in the work.

As for my meditation and prayer, I began to realize that the noise, the bustle of people,  and the efforts to erase poverty, racism, and injustice were where I would find God, not in a quiet and cloistered place. I realized that for me, where I would meet Jesus was more often in the midst of people than alone by myself.

At the time, following Vincent’s words, I considered what I was pursuing was an “urban spirituality.” But since living and working in many different settings, I now think of it as “engaged spirituality”, where my spiritual life such as it is, is focused on finding where God is at work in the community and the world, following God’s lead and joining in.

While I do take time to pray, read and meditate in the morning, I have come to terms with the realization that I am not nor ever will be a mystic in the classic sense. Most likely I will not find God in the inner reaches of my being. Instead, I meet God on the streets, in the crowd, in the marches and demonstrations for justice, and wherever people of kindness and goodwill seek to leave their mark on the world.

I never saw or heard from John Vincent again, but a quick Google search revealed he has had a long and challenging career in the Methodist Church of Great Britain and has written many more books. Nonetheless, my chance encounter with him set me on a path on which I am still journeying and learning.

Engaged Spirituality and the COVID-19 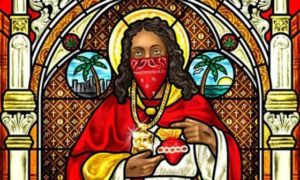 These days in this time of the COVID-19 pandemic, like most people I am largely confined to my home. I don’t have the requisite medical training to help those infected, but I see Jesus at work in those who do, and I am in awe. In the spirit of John Vincent’s words that touch me nearly 40 years ago, I offer these words of prayer and meditation for those of us today.

Encouraging those within my sphere of influence to use safe practices

Keeping in touch with friends and family cloistered in like me.

Grieving with those who have lost loved ones.

Being thankful for the nurses, doctors, technicians, first responders, police and others on the front line

Recognizing and appreciating the fragile gift we call life

Continually reflecting on how to be a good neighbor, a good friend, and a concerned citizen.