Are We At The Growing Edge? 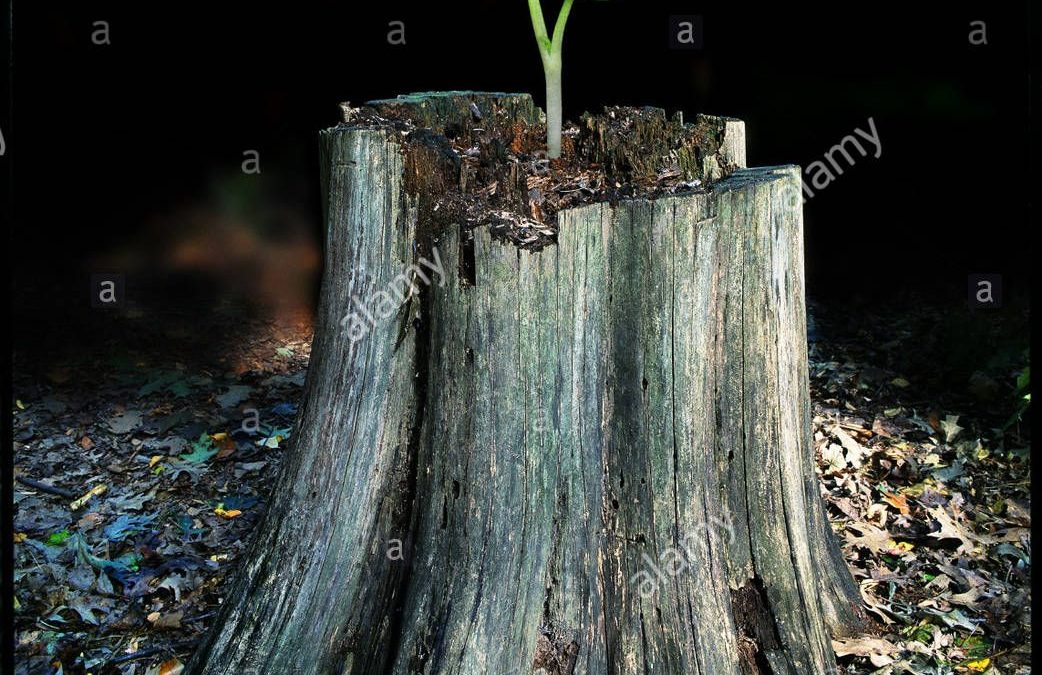 As I write this, it has been two weeks since George Floyd was choked to death by Minneapolis police officer Derek Chauvin; two weeks since Chauvin’s partners quietly looked on as he held Floyd down with his knee on Floyd’s neck for 8 minutes and 46 seconds. Fortunately, a brave young woman videotaped the whole thing. So it has also been two weeks since Floyd’s death ignited an international call to end police violence against black people, to dramatically transform police practices, and to end white supremacy in all of its institutional manifestations in the United States. Like many people I have been caught up in the events of these two weeks, attending numerous Zoom town halls and meetings, and in my private thoughts, I have struggled to grasp what all of this means for the country, for white Americans, and for me. Some governors, mayors, and legislators have announced plans to abolish certain police practices. Even so, I expect that the marches and rallies will continue. In the midst of all that is going on, I have been reminded of the words of the late Dr. Martin Luther King, Jr. who asked, ”Where do we go from here: chaos or community?

I want to speak not as some sort of expert, but to speak personally, as to how I have taken in and processed all that occurred over these past two weeks. In a word, I have been overwhelmed.

I have been overwhelmed by the thousands of people who have taken to the streets to march, protest, and let their voices be heard. I have been impressed to see the “leader-full” approach first promoted by the founders of the Black Lives Matter movement, an approach that does not look for a charismatic leader to lead the charge, but rather calls on people who feel the call to bring together their portion of the movement. In every major city there has not just been one rally or one march, but numerous marches and rallies sometimes simultaneously, coming and going from a different place and at different times. I have been encouraged by the energy, the diversity, and the persistence of the marchers.

I have also been overwhelmed by the police and National Guard presence, such that my city and many cities around the country feel like they are under military occupation. I have seen the President call out the U.S. military to “dominate” rather than serve. I have seen the gross misapplication and distortion of local police who are charged to “protect and serve” engage their citizens as if they were enemies. Police supporters and police themselves will say they had no choice but to spray tear gas and pepper spray, fire rubber bullets, and tasers, and to drive the protestors back. But what have we come to where citizens regard police as adversaries rather than protectors? This is not an indictment of individual officers as much as the cultural mindset that police have adopted. Some police who knelt with and engaged the protestors sought to overcome that barrier, but most did not. And that is deeply troubling.

Finally, I am overwhelmed by the glaring reality of racism that has been so clearly on display these past several months. Late-night host Trevor Noah in an 18-minute soliloquy said it best. Noah referred to the murder of George Floyd and the attempt of Amy Cooper to use her white privilege to get an innocent birdwatcher Christian Cooper, arrested by the police for no other reason than he was black. Noah said: this is white supremacy, a system ”where every day someone ha[s] their knee on your neck.” It is not as if I did not know racism exists; I have dedicated much of my adult life fighting racism in its many forms. But I have never lived with the feeling that someone has their knee on my neck every day I walk out my door. The in-your-face nature of the deaths of George Floyd, Breanna Taylor, Ahmaud Arbery and so many more, plus the powerful response of the protestors, has weighed heavy on me.

I am old enough to remember the Civil Rights Movement, the Black Power movement, the Anti- [Vietnam] War Movement, and the feeling that the world as I knew it was on fire and in epic turmoil. I feel much the same today. In fact, though it would seem that many strides toward racial justice emerged out of that time, in other ways it feels like we are right where we were 50-60 years ago. While its manifestations may be different today, the racism that was being challenged then is still before us today.

And that is a sobering, discouraging thought, one that has given me a heavy and sometimes hopeless heart.

But I have been helped by an essay published in the mid-1950s by late Dr. Howard Thurman called “The Growing Edge.” Thurman writes: “There is inherent in the nature of life what I call ‘the growing edge.” He takes as his text verses from the Biblical story of Job, where it says

For there is hope of a tree,

if it be cut down,

That it will sprout again,

and that the tender branch thereof

Thurman uses the image of a tree that can be cut down and still rise to new life as a metaphor of the enduring hope inherent in natural life processes. He goes on to say, “…no experience, no event at any particular moment in time and space, exhausts what life is trying to do. There is always a growing edge…We must not scale down the horizon of our hopes and our dreams and our yearnings to the level of the event in our lives…I will not allow the events of my life to make me their prisoner.” As an African-American man who grew up in the midst of lynching, Jim Crow, and segregation, Thurman knew what it was like to have the knee of white supremacy on his neck. Yet he speaks of the growing edge, the conviction that “brooding over all of life is a Presence” who guides our steps and the course of our history.

We as a nation, as black people, as white people, as people of all races and ethnicities, are at a growing edge at this historical moment for our country. We can do the hard work of working for substantive change in our systems and institutions, or we can fall back into complacency and let the anger and fear of oppression continue to seethe. As white people, we can live in our castles of denial, or we can do the hard work of learning what it means to live in solidarity and unity with those who have been denied basic rights, safety, and human decency because of their skin color.

In the words attributed to CNN commentator Van Jones, this work  of bringing about systemic and cultural change will be “like running a marathon in the mud.” There may be some quick fixes, but the task of undoing racism goes much deeper than most of us can imagine. This is the growing edge we are at. The old, the decrepit, the destructive, the racist things must die, and what will take its place we can only know if we are committed to the process this moment calls us to.