Anger and Hope: The Fuel for Resistance 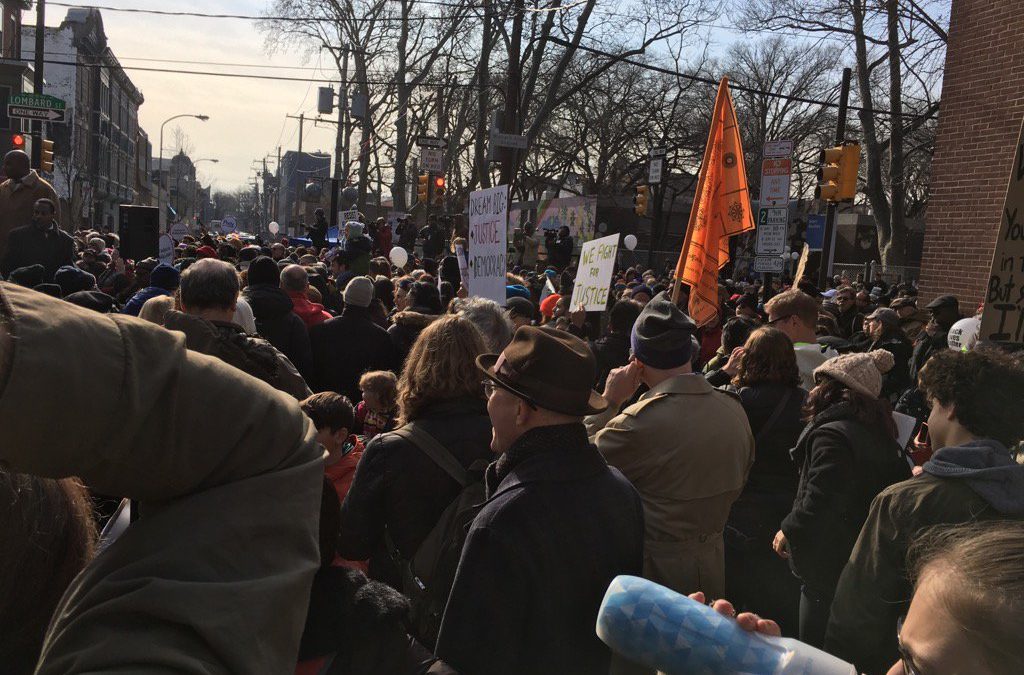 I write these words the day after the inauguration of Donald Trump as the 45th  president of the United States, the day of the Women’s March in Washington, DC and cities across the nation. Circumstances do not allow me to participate, but my prayers and thoughts are with all those marching today. I even learned yesterday of a bus from Alaska that left 5 days ago in order to be in DC today. The reality of Donald Trump’s ascendancy to the office of president sobered and depressed me yesterday, but today I have returned to my earlier stance of anger and hope.

In Philadelphia this past Monday on the Martin Luther King, Jr. holiday, I participated in a “March for a Better America” along with a couple thousand other folks. A coalition of thirty faith-based, labor, environmental and activist groups came together and developed a “21st Century Declaration of of Rights for a Better America. The list of ten principles spoke of representative democracy, freedom from racism, shared prosperity, gender justice, LGBT rights, environmental issues, public education, a fair criminal justice system, a pathway to citizenship of undocumented folks, the right to quality healthcare, and the right to unionize. A cadre of about 15 speakers gave brief, but powerful expositions on each of the principles. The crowd listening and participating were young, old, and middle-aged; black, white, Latinx and Asian; rich, middle class and low income; able-bodied and in wheel chairs; and religious and non-religious. The common call was for action to counter the soon-to-be expected assault on these rights by the incoming Trump administration. 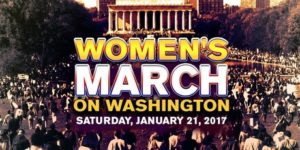 As I was leaving the demonstration, I heard someone comment that there seemed to a great deal of hope in the gathered crowd that the various calls to action could make a difference, while at the same time there was  great a deal of anger. This person was not sure how to reconcile those two competing emotions. However, for me those two emotions (which I agree were most evident at the march and I expect will be present at the Women’s March) are part and parcel of one another in what  is called the prophetic spirit.

In their writings about social change, liberation theologians  describe the work of the prophet as one of denunciation and annunciation. First, the prophet denounces the source of injustice that causes the suffering endured by the victims of injustice. The prophet denounces the unjust landowner, the rapacious corporation and the corrupt government practice. Like the prophets in the Hebrew Testament, they call out the wrong they see being done and the ones doing the wrong. However, at the same time the prophet is denouncing injustice, he/she is announcing a new reality toward which the people are being called. The prophet calls forth a vision of what could and should be,  what justice will  look like when it is achieved. In essence the Declaration of Rights  presented at the MLK march was announcement of what must be if there is the be a “better America.”

In order to be about the business of denouncing, activists must be fueled by a righteous and moral anger. The pain, the fear, and the frustration must be channeled into the energy of anger, whether one has experienced the oppression firsthand or is allying with someone who has. Realities like the school-to- prison pipeline, underfunded public education, the elimination of affordable healthcare and the plan to build a wall on the southern US border should outrage us and be denounced loudly, and persistently. Anger is a dangerous but necessary tool. Sometimes it can become uncontrollable rage and violence. I am sure it was this kind of rage that led protesters on the Inauguration day to smash windows in downtown DC. Such expressions of anger, while understandable, are not productive. So in calling for anger, we must always find ways to channel that anger in ways that do not destroy either persons or property indiscriminately. That is why we also need hope.

If all we have is anger, we will burn ourselves out  and hurt innocent others in the heat of our own anger. That is where announcing the new and preferred future comes in; this is where hope comes in. Hope allows us to see beyond what is to what could and should be; to look beyond the injustice to the vision of equality, democracy and peace promised by a vision of justice. Hope gives a picture of where we are headed. That vision must be real enough to seem feasible, while at the same time large enough that it takes generations to achieve. I know when I first got involved in activism in my 20s, I thought we would have it solved by the time I was 50; and indeed, there have been victories along the way. However, now that I am in my 60s I see that the vision will outlive me, and my job in part is to help equip and support the next generations. Denunciation of the current sources of injustice clears the way for the annunciation of a new vision of possibility. Anger clears the way for hope; they are two sides of the same coin, two steps in the revolutionary process. Denunciation alone leaves us angry and frustrated. Annunciation alone makes us naive dreamers. Anger needs hope and hope needs anger. As Paulo Freire said: “[We must] go beyond rebellious attitudes to a more radically critical and revolutionary position, which is in fact a position not simply denouncing injustice but of announcing a new utopia” (1). 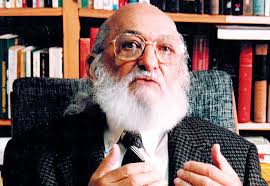 In between denunciation and annunciation is what the liberation theologians call praxis, the hard work of resistance toward unjust policies and practices, and living and working into the new reality hope calls us to.  Praxis is writing letters, marching, hounding legislators, supporting victims, raising our voices, and giving our bodies for the hope we are called to. Praxis also involves learning as we go, reflecting on what works and does not work, being willing to change directions, amend our tactics, and incorporate new understanding. Praxis recognizes the call to justice can not be reduced to a formula, a methodology or a simplistic
ideology, but must be willing and develop in our efforts to realize the dream that calls us

I have no illusions that the rights announced on MLK day or the demands at the Women’s March  will be achieved in a year or two or ten, but they are rights and demands worth fighting for. The barriers limiting all people from enjoying those rights must be removed. The vision of a just society and world can not be set aside. So, I am fueled by hope and anger, announcing and denouncing, in the spirit of the Hebrew prophets, and in the spirit of all those activists who march today, who came before me and who will come after me. Across the generations, races, genders, cultures, citizenship status and so much more,  together we seek to achieve the vision of world known and characterized by equity, fairness and respect for all communities and persons.