A Teachable Moment on the True Nature of Racism 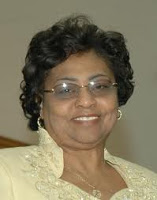 The recent accusation of racism that led to the firing, apology and offer of a new job to Shirley Sherrod is instructive of many things on several levels. For those who may have missed it, conservative blogger Andrew Breitbart took a statement of Shirley Sherrod out of context to make it look like she discriminated against a white farmer in her role as an official in the Agriculture Department. FOX News ran the story as an example of Obama administration racism against whites, Ms. Sherrod was fired, and the NAACP (to whom her speech as addressed) denounced her words; then the truth came out. Ms. Sherrod’s story was exactly the opposite and the white farmer in question said she was an invaluable help to him. The Obama administration apologized and offered Ms. Sherrod another job, which at this moment she has neither accepted nor rejected. To read more on this incident go to this link.

Putting aside the out and out character defamation of Mr. Breitbart, the opportunistic race-baiting of FOX and the knee-jerk ineptness of Obama’s Agriculture Department, let me add a thought on why even if Ms. Sherrod had done what she was accused of, it could not be considered racism.

It seems that many folks are so uptight about race in this country, that we are afraid to honestly look at the underlying issue of institutionalized, systemic racism in our nation. The election of a black President did not eradicate racism in this country, it only made it more confusing for many to discuss, and raised the level of fear among many whites. The election of a black president, like the changing demographics of the United States as a whole, has a lot of whites in this country scared. By the year 2042 most demographers predict that white people will comprise less than 50% of the population. Whites will still comprise the largest racial/ethnic group, but Hispanics will be over 30%, while African-Americans will comprise about 12-13% and Asian/Pacific Islanders 6-8%. English will be one of many languages spoken. “American” history will by necessity have a different slant, as the various peoples who make up our populace will include less people from European backgrounds and more from Africa, Asia and Latin America. For a group of people who have always had their culture, their history, and their way of thinking and speaking as the norm, this signals change, and change generates fear for many white folks.

Having said that, the systems that are in place (education, law enforcement, health care, etc) still overwhelmingly serve white citizens much more effectively than they serve citizens of color. Why do schools with predominantly Latino and Black students generally receive significantly less funding than white school districts? Why do areas where people of color live experience more crime and less security than white neighborhoods? Why does the health care system not serve people of color with the same effectiveness as it does white patients? Why do African-American drug offenders consistently receive harsher sentences than their white counterparts committing the same crimes? The answers to these and related questions are both simple and complex. The simple answer is that racial preference and bias is built into the very systems that inequitably serve different groups of people. The complex answer is trying to figure out a way to make those systems serve all people equitably.

When people look at the laws and policies on these issues, one sees that while they may seem “fair” on the surface, the results they generate create tremendous inequities. For instance, funding public school systems with property taxes seems “fair” and yet when one looks at the disparate results, one sees that that system creates schools with widely different levels of resources. State and Federal governments are now trying to compensate by funneling additional funding to underfunded districts, encouraging charter schools and offering vouchers, but these actions are band-aids on an oozing sore. What is needed is a totally revamped system of how education is funded and delivered in this country. The people working in this system may be sincere, dedicated, and personally non-biased when it comes to race, but the system they work in is irretrievably discriminatory against people of color, especially when they are also poor.

Now that doesn’t mean that there aren’t some white schools or communities that lose out, or that there aren’t white citizens who sometimes are discriminated against, but the overarching pattern favors one group over another. The laws, the policies, the structures and the institutions that have served whites very well over the long haul, do not serve their fellow citizens of color at the same level. That’s racism; and one sees the effects of that racism by looking at the results these systems produce. Like doctors we need to use the symptoms to diagnose the underlying problem. Simply treating symptoms does nothing to address the underlying disease.

Had Shirley Sherrod chosen not to help a white farmer because he was white, that would have been an act of prejudice. If she had consistently chosen not to serve white farmers at the same level she served black farmers, that might be a pattern of racism on her part. However, the Agriculture Department where she worked historically takes quite good care of white farmers, and therefore would not be institutionally racist.

People like Andrew Breitbart and the folks at FOX News use distortions to distract folks (especially scared white folks) away from the deep systemic issues that need to be addressed in this country. I suspect that there are smart people at FOX, so I can imagine (though I don’t know) that their distortions and character assassinations are a deliberate attempt to keep the systems that privilege whites over others intact. They use half-truths (which are really lies) and out of context statements (like Breitbart’s video) to paint a picture that makes whites feel like they need to fight to “take the country back,” when in fact the systems in this country continue to serve them just fine. Parading a black spokesman like Republican National Chairman Michael Steele in their reports confuses the unsuspecting and gives flimsy justification for those who seek to keep the systems as they are. When it seems opportune, they then throw in the non-sensical charge of “reverse racism,” which is what happened in Sherrod’s case.

As a white person, I am not interested in developing a system that punishes whites; that is not in my interest. However, as a white person of faith who is concerned for justice, I am committed to creating a system that serves all people equally. Honesty compels me to recognize that as a white person I can take for granted many things that my friends of color cannot: from the schools their kids attend, to the way they are treated by the police and courts, to how often their trash gets picked up to the kind of health care they receive to how they are treated by the media to who knows what.

One lesson we need to take from this unfortunate incident is to take a look at what is actually going on in this country. The disparities mentioned above are widely cited. Can we wake up and see what is going on? Shirley Sherrod told her story to illustrate her personal growth in race relations, but at the very worst she might have been prejudiced against one white man (which she was not). On the other hand, all of us live within a network of systems that is inherently racist and must be significantly overhauled, if this “land of the free” is going to offer that freedom equally to all.