A Restorative Approach to Addressing Violence in Our Cities 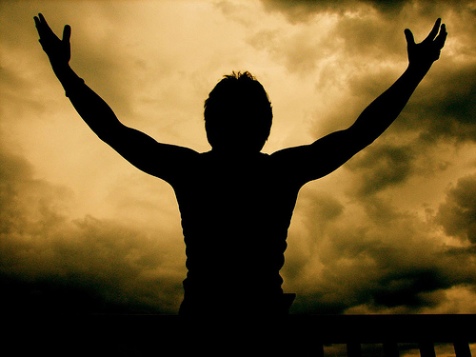 As of this past Sunday( December 13) more than 370 people, mostly young Black men, have died due to gun violence in Philadelphia. Since 2015 there have been 8500 shootings in the city, not all fatal, but all traumatic and a sign of deep hopelessness in the poorest neighborhoods. The Philadelphia Inquirer reported that of all those shootings only 21% have resulted in an arrest and only 9% have led to a conviction. These statistics might seem to call for a more “ law and order” approach to violence, and yet that has been what has been used – all to no avail.

While to some the number of deaths might seem to be a call to “get tough on crime,” to many others, including me, it is a sign that there needs to be another way. More than that, it is a sign of trauma and hopelessness in some of the city’s most under-resourced neighborhoods. For years I thought if we could just restrict the access to illegal guns, the murder rate would go down, and it might because almost all guns used in these kinds of shootings are illegal purchased. However, restricting the flow of guns is only part of the solution. What is needed is a new approach and a new perspective on why gun violence occurs in these neighborhoods in the first place, and how to address the deeper issues.

Richmond, California, a small city north of San Francisco, faced a similar crisis. In 2007 they were the ninth most dangerous city in the country, with a murder rate 11 times that of New York City. (By contrast in 2019 Philadelphia was not among even the top 50 most dangerous cities). That same year the city government hired DeVone Bogan who created the Richmond Office of Neighborhood Safety (ONS). Instead of adopting a law-enforcement approach to violence, ONS focuses on accountability, empowering local community residents, and using the power of relationships to transform lives.

ONS was able to identify approximately 30 individuals who were responsible for most of the shootings in the city. Bogan hired a team of people whom he called “neighborhood change agents.” The primary qualification for the job was that one had to have been formerly incarcerated and preferably on gun charges. These neighborhood change agents’ first task was to develop relationships with the young men in the community and to build trusting relationships with them. Once trust was established, the change agents offered the young men a “peacemaker fellowship,” which included social service support, life skills training, job training, employment, and in some cases the opportunity to pursue higher education. Later, they even added a cash stipend for participating in the program. In essence they paid people not to shoot each other.

Not surprisingly gun violence dropped dramatically. Bogan’s philosophy was simple: “I wanted them to desire to live.” You see many young people in under-resourced communities don’t expect to see their 20th birthday. DeVone and the ONS gave them a future, and a reason to choose a way out of violence. In the first five years, homicides dropped over 60%, and a city wracked with violence began to feel safe again.

In 2008, Danielle Sered, a restorative justice practitioner, founded Common Justice in the Borough of Brooklyn in New York City. Common Justice has as its mission the following:

Common Justice develops and advances solutions to violence that transform the lives of those harmed and foster racial equity without relying on incarceration. Locally, we operate the first alternative-to-incarceration and victim-service program in the United States that focuses on violent felonies in the adult courts.

Through an agreement with the Brooklyn District Attorney, Common Justice offers people who have been arrested for a violent crime the alternative of going through a rigorous three-year restorative justice process instead of court and serving time in prison. If the person who has been harmed, commonly called the survivor, is willing to meet with their attacker, they go through a long process receiving counseling and other forms of support to heal from the trauma of being attacked When the survivor is ready they meet with the person who harmed them through a process that includes truth-telling, calls for accountability and making amends. In preparation for meeting with the survivor, the person who caused the harm goes through an intense course of counseling and life skills training in preparation. Even after the restorative process is complete, they must go another year without committing any crimes. In that time they may receive drug or alcohol rehabilitation treatment, anger management, trauma healing, education, or other forms of support to help address the reasons for being involved in crime in the first place. After successfully completing that three-year program, their record is expunged and they are free to go about their business with no charge or labels hanging over them.

While this seems like a lot of work for just one person, in her book Until We Reckon, Sered claims the cost of the Common Justice process is only a fraction of what it costs to litigate and incarcerate a person. Moreover, she cites research that shows that instead of decreasing community violence, incarceration actually contributes to an increase in violent crime. Removing persons from the community actually destabilizes already-fragile family systems and inflicts trauma on those left behind, which is a major source of violence. As the saying goes “Hurt people hurt people,” and incarceration increases the hurt, not only to the person in prison but also to all those he or she left behind. At this point, Common Justice does not deal with people arrested for killing someone, but Sered claims their restorative approach can work with some of the most violent offenders. While some of the people going through the Common Justice recidivate, the percentage is in the single digits, much lower than the current system.

Is There Another Way?

I am not a criminologist or a psychologist or a lawyer, but I do know that when one approach is not working, it is wise to look at alternatives. “Getting tough on crime” has not worked in Philadelphia or in other cities across the country to stop the violence. The reason is simply that the law and order approach is based on faulty assumptions. Young people engaging in the violence are not incorrigible or anti-social or inherently violent. Mostly, they are scared and traumatized. Recently, I heard about a young man who has been shot eight times in his life and is afraid to go outside the three-block radius around his home. Such a person can’t seek employment, pursue education, or just shoot baskets at the local park without fearing for his life. He most likely has inflicted violence on others, so is a target of retaliation, and caught in an ongoing cycle of hurt and violence. The work of the Richmond ONS and Common Justice provide two ways of breaking that cycle.

Fania Davis, a civil rights lawyer, and restorative justice activist, in her book The Little Book of Race and Restorative Justice points out that our current criminal justice system harms people who harm other people to let them know that harming people is wrong. In other words, the current approach to dealing with violence actually participates in the cycle of violence rather than interrupting or stopping it. We need to look the other way. 8500 victims of violence in five years or 370 deaths in one year is far too many. There are other ways. We must think smarter and not just keep doing the same thing expecting a different result. DeVone Bogan and Danielle Sered represent two such alternatives; there are others. We need to consider them because what we are doing sure is not working.

To learn more about the Richmond ONS you can read We Keep Us Safe: Building Secure Just and Inclusive Communities by Zach Norris and the Richmond, CA Office of Neighborhood Safety (https://www.ci.richmond.ca.us/271/Office-of-Neighborhood-Safety)

To Learn more about Common Justice, read Until We Reckon: Violence, Mass Incarceration and a Road to Repair by Danielle Sered and the website for Common Justice (https://www.commonjustice.org/)