A Pacifist Response to Libya 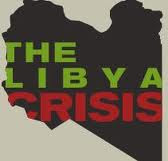 Monday night (March 28) Pres. Obama addressed the nation explaining his reasons for ordering military action to enforce a “No Fly Zone” in Libya. Essentially, he said that (1) he wanted to prevent the slaughter of innocent Libyan citizens by Libyan government forces and (2) that taking that action was in “our national interest.” While he did not spell out what those interests were, it’s pretty certain that a major factor in the decision had to do with the fact that Libya pumps out a lot of oil.
A few days earlier I was indirectly challenged by two people (a close friend who is clearly states he is not a pacifist, and a former student who is considering joining the Navy) to offer a pacifist response to the current situation in Libya; so here it is.
The root of the word “pacifism” is the Latin word “pace” or peace. In Biblical Hebrew the word for peace is “shalom,” which is a robust word not only meaning the absence of  conflict, but also the restoration of people to each other and to the creation. Shalom is celebrated in the passage from Isaiah where  the prophet writes:
The wolf will live with the lamb
The leopard will lied dies with the goat
The calf and the lion and the yearling together
And a little child will lead them (Isaiah 11.6)
Shalom is a picture of former adversaries living in harmony and trust, devoid of hatred or fear. As a pacifist I yearn for and work toward this vision of the world, realizing we might not get there fully, but we can get closer than we currently are.
Sam Keen, philosopher and author of Fire in the Belly, comes close to my position on war when he writes: “It would be Utopian to wish that men should no longer kill one another … But a much sounder Utopia is that which insists that murder no longer be legitimized” (p. 114). Applied to Libya it means, yes it may have been necessary to send war planes to bomb military sites and advancing armies in Libya in order to save lives, but let’s not try to legitimize or glorify the fact that we had to do it. The foot soldiers in Qadaffi’s army are as blindly “innocent” as the citizens who they threatened and the rebels fighting against Qaddafi. In war there are no winners.
More importantly we need to look at how we got in a position where it was “necessary” for us to invade Libya. Qaddafi has been in power for 40 years. A little less than 40 years ago in the mid-1970’s the United States faced an oil shortage which caused us to ration gas and wait in long lines to fuel our cars. Then-President Jimmy Carter implored the nation to turn down their thermostats, wear sweaters, drive fuel efficient cars and generally change our lifestyles. We didn’t listen, ridiculed Carter, started driving SUVs, chewed up more and more farmland for suburban neighborhoods and generally ignored the early warning the 1970’s gas crisis gave us. Since then we have had the hostage crises in Iran, two Iraq wars, a war in Afghanistan, ongoing conflict between Israel and Palestine, various crises in Lebanon, Egypt, and other Middle Eastern countries; and now Libya. Moreover, Colonel Qaddafi didn’t become a tyrant 10 days ago; he’s been a tyrant for 40 years; President Obama admitted as much the other night. So what is the common denominator connecting all of these events over the last 40 years? Our dependence on oil. President Carter was right then and is still right today.
I have no objection to a standing military that helps earthquake victims in Haiti or ferries victims of Hurricane Katrina to safety, or is currently helping the Japanese people cope with their recent earthquake. I don’t even object to the military trying to stop innocent slaughter in places like Bosnia in the 1990’s or Libya today. But when we must continually turn to military solutions, let us see these incursions for what they are: a tragic failure of we who are the wealthy of the world to curb our voracious lifestyles. This invasion would not have been “necessary” were it not for the oil. Qaddafi would have been a minor desert warlord were it not for the oil. He would not have been tacitly supported as the world looked the other way, had we been working to change our lifestyles so that we were not so oil-dependent.
In 1945, Dietrich Bonhoeffer, a German pastor forsook his pacifist stance to take part in a plot to kill Adolf Hitler. The plot failed, Bonhoeffer was imprisoned, and was executed for his crime days before the Germans surrendered to the Allies. However as theologian Walter Wink notes Bonhoeffer never considered his participation in the plot a “justifiable action” but rather a sin, and he threw himself on the mercy of God for what he had done. At the time he saw no other option, but he never sought to justify it.
President Obama and the NATO forces are to be commended for the limited role our military has played in the Libyan situation. However, seen in the larger context of our voracious consumptive American lifestyle, and the “interests” we protect to maintain that lifestyle can not be justified. Our continual dependence on carbon based fuels to support our lifestyle continues to lead to wars, destroys the environment, drains resources for addressing desperate needs in our own country, and makes all the world’s people vulnerable to tyrants whose land happens to be sitting over an oil well.
Libya should cause us to heed the call Pres. Carter gave us nearly 40 years ago. The world can not afford us; we can not afford ourselves. A world beyond war, a taste of shalom, can only happen as we not only stop tyrants like Colonel Qadaffi, but also look at ourselves, and ask how are we willing to change so that war does not become necessary to protect our “interests?”