A Moment or a Movement: A Good Friday Reflection 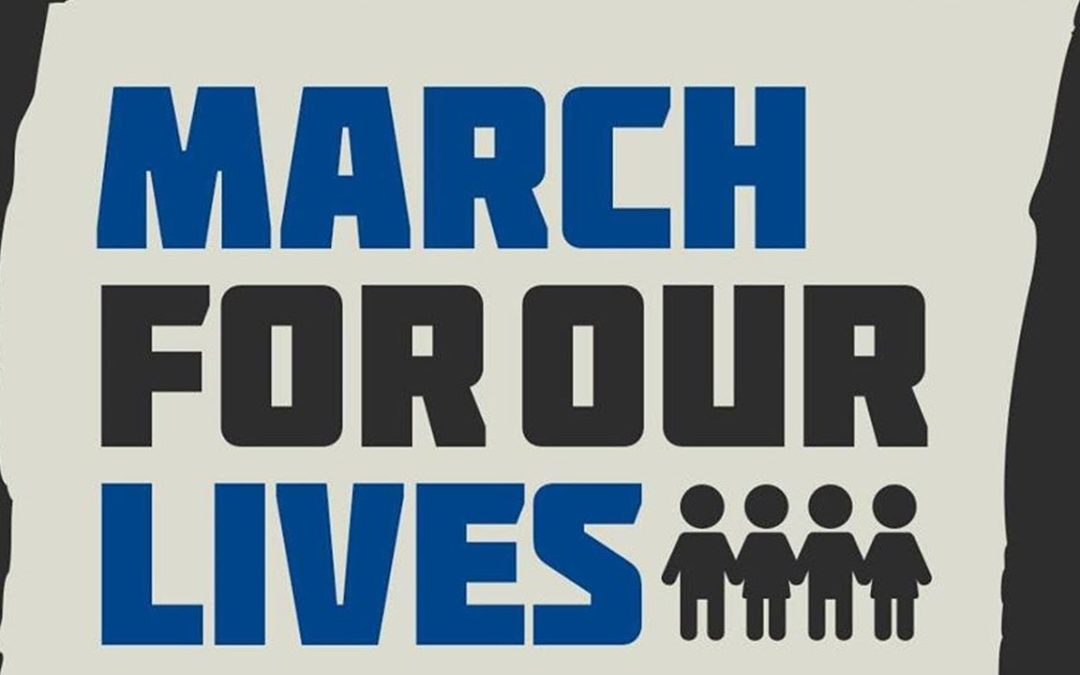 On Saturday, March 24 I joined an estimated 7000 people in Philadelphia and millions across the country participating in the March for Our Lives. Marching thru Old City Philadelphia and down by the Delaware River, hearing young people voice their passionate concerns, and listening to the stories of those connected to the victims of the Parkland, FL shooting was deeply moving. I also appreciated that right up front the organizers, who were largely white and from suburban schools, acknowledged the ongoing violence experienced in many urban communities that never get the media play that Parkland did. It was clear that the organizers sought to link all gun-related injuries and deaths regardless of their geography or race. 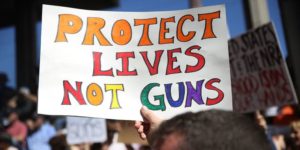 I could not help but think of 20 years ago when I was a fill-in preacher in a local Philadelphia church on the Sunday after the Columbine shooting. I don’t remember what I said that day, but I was deeply troubled and scrapped my prepared sermon to address the shock and horror of that event that was to catapult us into our current era of mass shootings in public spaces. I also thought back nine years when on a cold January day on the eve of Barack Obama’s inauguration as president of the United States, I joined eleven others in illegally blocking the entrance to Colisimo’s Gun Shop in response to his refusal to sign an agreement to reduce the number of straw purchased guns that were sold out of his store; at the time Colisimo’s was the fifth largest source of illegal guns in the entire United States. While we were arrested and spent time in a jail cell that day, we were eventually acquitted in a highly publicized trial and Colisimo’s serendipitously was shut down by the U.S. Attorney’s office.

Like the young people on stage Saturday, after the Colisimo’s victory, I felt we were on the verge of breaking the grip the gun industry and the NRA had on Congress and our state legislature. Yet here we are nine years later, fighting the same battles against opponents whose strength only seems to increase as the violence, death and insanity continue.  The President and leading Republicans want to arm teachers, and the likes of Rick Santorum say kids ought not talk about gun control, but should rather learn CPR to help their dead friends. But as one Parkland students responded, if a person is shot, CPR won’t mean a damn thing. Gundamentalists (a term I heard for the first time at the march) have criticized the young activists as naïve and uninformed, but they were speaking far more logically and truthfully than anything their critics said. The road ahead will not be easy, yet their message was basically “register to vote and in November or in 2020 (if you aren’t old enough this year) vote the NRA lackeys out.” It sounds like a pretty clear plan to me.

However, I am left to wondering if this is just a moment (like our Colisimo’s “victory”) or another expression of a movement that has yet to fully emerge. I am encouraged to think the latter (a movement) for three reasons.

First, one of the shortcomings of the gun violence prevention movement (a term I prefer to “gun control”) is that it has overwhelmingly consisted of old white folks like me. It is not that folks of color are not interested, but too often these groups have been directed by older white folks, who are well-intentioned, but are not as close to the pain as those who live in violence-ridden neighborhoods. For myself, I know people thru the movement who have lost loved ones to gun violence, but gun violence has not directly touched my life.  On Saturday I saw millions of young people across the country, many of whom had been directly impacted by gun violence speaking up in passionate voices. Social justice evangelist Tony Campolo has often said that “the young are hard-wired for heroism.” What I saw and heard on Saturday was a focused commitment and call to action that only the young who have experienced the pain can bring.

Related to that first point is my second recognition that historically most successful social justice movements have been led by the young. Martin Luther King, Jr. was in his mid-twenties when he stepped into the pulpit of Dexter Ave Baptist Church in Montgomery, Alabama and called people to boycott the busses in defiance of their segregation policies. In 1961 four young first-year students at Greensboro A & T, fed up with being treated as second-class students at the local Woolworth’s, sat down at lunch counter demanding to be served and sparked a sit-in movement that swept the South. When I was in high school, activists no older than me began protesting the injustices of the Vietnam War, and I myself handed out leaflets for an anti-war march in Minneapolis. Soon I was marching and began what would be 40 years of activist involvement. In all those cases and more, older folks told us we were naïve and unrealistic, but like the young people leading us this past weekend, we were right and turned their world upside down. So, though they are being despised and belittled, the students of today are right and that gives me inspiration and hope.

Finally, I am reminded of the insights of Quaker activist Bill Moyer (no relation to the PBS journalist Bill Moyers) that there are cycles to movements and often the groundwork goes on unnoticed until the more visible aspects of the movement emerge. A perfect example is the women’s movement over the course of U.S. history. The movement for women to fully enfranchise themselves emerged initially as part of the abolitionist movement in the early 1800’s; then there was the Seneca Falls Convention of 1848 , followed by a long period where there was little visible progress even as women like Elizabeth Cady Stanton and Sojourner Truth were working and speaking tirelessly; then the Suffragette movement emerged that led to women getting the right to vote in 1920; the Equal Rights Amendment was first introduced in 1921 with no success, but the Feminist movement remerged in the 1960’s. The ERA ultimately failed and we seemed to be regressing until Third Wave Feminism of today came on the scene, and just this past year #MeToo moved many abusive men out of their seats of power. A movement’s visibility and seeming power may ebb and flow in and out of the public view, but the work goes on whether visible or invisible. 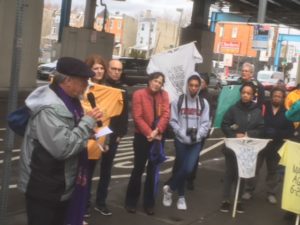 The effort to limit the access and availability of guns ebbs and flows, but the movement continues. And veterans and new activists can and must work together. The young people who organized the March for Our Lives had the technical assistance of established veterans who helped them pull the events together, the old and young, the visible and invisible joined forces to make the events happen. And so perhaps this movement that has been largely unnoticed has been preparing for this moment as groups like Heeding God’s Call, CeaseFire PA, Everytown USA and many more have been quietly doing their work. Maybe now all that quiet persistent work will finally gain strength and begin to make the inroads so many have longed to see come into reality.

So these three historical insights: the energy and idealism of the young, the historical reality of young people’s social justice heroism, and the ebbs and slows of social movements generally give me hope. All along I have been advocating, writing letters, going to vigils, attending marches, writing blogs and articles seemingly with no visible success. I and others like me have been working and waiting for this moment to come. To paraphrase God’s words to the Hebrew prophet Habakkuk: Stand back and watch what I will do and come along!

Saturday, March 24 was a powerful Moment, and I am hopeful that the Movement that has been going on for nearly 30 years since the Brady Campaign to Prevent Gun Violence began in the late 1980’s will continue to gain strength and exert the power of our numbers and convictions  and cower the NRA-sycophant legislators into reconsidering where their loyalties lie.

But for me, this battle is not simply about politics or strategies, but a spiritual battle as well. Walter Wink, building on the words of the apostle Paul, reminds us that institutional evil has a transcendent dimension that supersedes and often overtakes individuals involved. This effort to work for gun violence prevention is a spiritual battle as well as a political one. That is why on Good Friday, six days after the March for Our Lives, I went on a Good Friday vigil (as I have done for the last nine years) praying with other like-minded souls at the sites were gun-related deaths occurred. We remembered the lost, we mourned with their families and we called again upon God’s strength, compassion, and persistence to transform these many moments into a movement that can change our society and save lives from the evil madness that encircles us.