A Letter to My Doctor 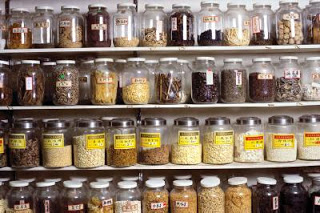 A couple weeks ago I wrote the letter below to my primary care doctor, Dr. Jason Chen, thanking him for taking an approach that was much more humane and personable than most doctors I have known. Ironically, I read this article while waiting for over four hours for a small operation. In that setting I was treated a number on an assembly line – the exact opposite sort of treatment for which I thank Dr. Chen. After receiving the letter and thanking me, Dr. Chen asked that I publish the letter to get the word out about the need for reform in the medical profession. Here follows my letter with some minor amendments. I also encourage you to read the article for which a link is provided.

Dr. Chen,
I was reading an article in UTNE Reader the other day on the controversy around so-called alternative medicine, and thought of you. While the efficacy of particular alternative treatments can be questioned, the same could be said about traditional remedies. What stuck out to me in the article was the importance of talking to one’s patients and taking a preventive, proactive approach to healthcare, rather the approach of waiting for symptoms and then prescribing medication – all approaches I have experienced with you since our first meeting last fall.
I thought of you because in our first meeting, as the article describes, you took over an hour to get to know me and my health history, as well as my perceptions, feelings and hopes regarding health care.  In my case this approach, along with your ongoing concern, has yielded dramatic results: 30 pounds lost weight, lowered cholesterol and blood pressure, a return to a more active lifestyle and general overall healthier outlook on life. There have been some medicines and treatments along the way to my health recovery, but I don’t think any of that would have had the same effect without your holistic concern for me as a person.
This letter and article is my way of saying “THANK YOU” for your concern. At our last appointment, you seemed rushed and even said something about “working for the man” which suggested to me that you were feeling the pressures of our current health care system. As mentioned by one physician in the article: “The current system makes it nearly impossible for most doctors to be the nurturing caregivers who take the time to listen to us, bond with us, and guide us toward healthier lifestyles and lower levels of stress.” I hope you can fight that pressure and live in the tension between what you are sometimes required to do as part of the health system, and what you know and have shown to be most effective – at least in my case.
Peace,
Drick Boyd