A Beginning and New Era for a Troubled School 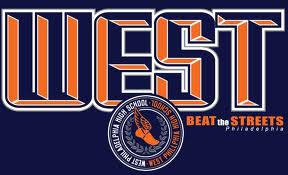 On Tuesday, September 6 I attended the opening ceremonies for the new West Philadelphia High School (WPHS), best known to most folks as the alma materof actor-singer Will Smith. However, the school has had long and, more recently, a troubled history characterized by violence, revolving door leadership, and persistently low test scores. At the same time it has been nationally recognized for its innovative Auto Mechanics academy, and the Urban Leadership academy, which involves students in addressing local community issues such as vacant lots and abandoned buildings. Despite these positives the public image of WPHS has been persistently negative. However, as one who has met students and teachers, I have come to know it as place where committed teachers and students have struggled to provide a quality education amidst of environment of political rancor and declining resources.

For the past four years I have been part of the West Philadelphia Community Partners (WPCP), a collection of parents, community members and other interested persons advocating and working to assure that the students of WPHS get the quality education they need and deserve. While the opening ceremonies featured political luminaries such as Mayor Michael Nutter, Councilwoman Jamie Blackwell  State Senator Vincent Hughes, and acting superintendent Leo Nunnery, the real heroes were the students, alumni, parents and community members of WPCP who had labored for years to get the new state of the art school built.

The Community Partners came together nearly ten years ago when then-superintendent Paul Vallas announced plans to construct of new school buildings throughout the city, including WPHS. Through the organizing efforts of the Philadelphia Student Union and support from the Philadelphia Education Fund, WPCP met monthly to propose plans for a small school model for the new school that would have 3-4 smaller learning communities in the large building. We proposed a particular architectural design to fit this proposal in consultation with Concordia LLC, an architectural firms specializing in innovative school design. Along with several others I attended a meeting with then-Superintendent Arlene Ackerman to advocate for our design and the small schools approach. When Dr. Ackerman announced that WPHS would be part of her Promise Academy program, the WPCP advocated for a partnership with John Hopkins University. While in the end all of the specific suggestions and proposals put forth by the WPCP were rejected, we continued to be a voice of the community advocating on behalf of students and parents for quality urban education.

I joined WPCP about four years ago after reading about several highly publicized incidents of violence between students and teachers. While I do not live in the community, I am a member of West Philadelphia Mennonite Fellowship, which meets just a few blocks from the school. As a representative of our church, I helped organize a breakfast of local faith community leaders in support of the WPCP’s efforts. I offered my expertise and input when necessary, but mostly I simply “showed up” in what some have called a “ministry of presence.” Currently, I am a member of the School Advisory Council, a group of community people who work closely with the new principal, Mary Dean, to keep the lines of communication between the school and the community open.

At the opening ceremonies I sat next to a woman whose 11th grade son was transferring from a private school to West Philadelphia High School She sounded so proud as she told me that he had joined the football team and was excited to be in a new state-of-the-art school building. As the students filed into the gym with their new uniforms and took their places in the bleachers, she beamed with joy. In that gym there was a feeling of hope and sense that a new chapter in the 100 year old school’s history was about to begin. I felt privileged and excited to be part of the process that helped put a glow on that mother’s face. I continue to serve in this way seeking to come alongside those folks so long denied privileges I can too easily take for granted (like a quality public education) by joining with them in seeking the justice they deserve.