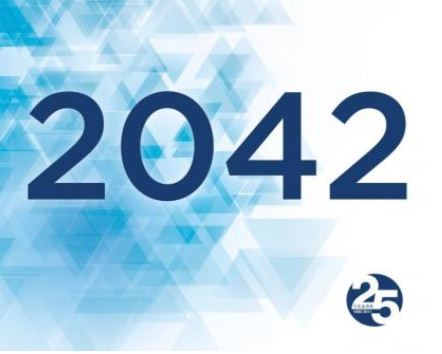 My father died nearly five years ago in May 2016; he was 89 years old and outlived my mother by 11 years. Seeing how long my father lived has caused me to wonder how old I will be when I die; a morbid thought perhaps, but quite natural when one is the oldest living child of the deceased, as I am. If I live to the same age as my father, I will pass from this earthly life in 2042.

Now it turns out that the year 2042 is significant in another way.  Sometime during that year demographers who follow population trends believe that a Brown or Black or indigenous or Asian-American child will be born, and a white person will die, and white people will comprise less than 50% of the U.S. population. They will be the largest plurality, but by 2050  30% of the population will be Latinx, 15% will be Black, and 9% will be of Asian background and whites will comprise 46% of those who call themselves American. Apart from being an interesting set of statistics, the changes taking place between now and 2042 could very well have a lot to do with why over 1000 mostly white folks raided the capitol on January 6, 2021

Isabel Wilkerson in her book Caste: The Origins of our Discontents, describes a conversation she had with former NPR newscaster Gwen Ifill at a New Year’s Eve party as 2015 turned to 2016. They were talking 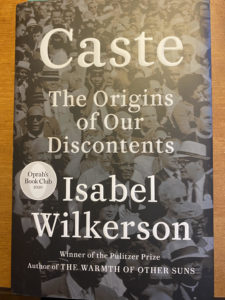 about the presidential election that would happen that year. There had been no debates and the respective political parties had not chosen their candidates, but both of them had a feeling that Donald Trump would not only become the Republican candidate but could very well win the election. That was the last conversation Wilkerson had with Ifill, who died of cancer later that year.

In thinking about her gut sense about the election, Wilkerson explains, ”Caste does not explain everything  in American life, but no aspect of American life can be fully understood without considering caste and embedded hierarchy.”  Throughout her book, she illustrates how in U.S. culture and society there is an assumed hierarchy that shapes people’s perceptions and sense of “their place” in society. When that hierarchy is challenged or disrupted, there is a sense that things are changing for the worse among those who hold higher positions and greater power. She writes: “Trump channeled insecurities and disaffection that went deeper than economics.”

But it did not begin with him. The first signs came with the emergence of the Tea Party after the election of Barack Obama. The Tea Party saw itself as working to keep America as is, and Obama by his very appearance as a Black man shook many Tea Party-ers to their soul who wanted to “take America Back.” The pressure grew as the Republicans under the leadership of Mitch McConnell pledged to do all they could to thwart any legislation Obama proposed, even refusing to fill a Supreme Court nominee 8 months before the election and 10 months before Obama would leave office (which they hypocritically reversed confirming Amy Coney Barret just weeks before the 2020 election.) Then came Donald Trump promising to “Make America Great Again,” a clear coded message to restore white supremacy in all its fullness. Throughout his term, Trump sought to reverse or eradicate any policy or legislation that had Obama’s name or signature on it. At the same time, Trump’s unfiltered racism encouraged white nationalists to come out of the shadows which they did in violent fashion in Charlottesville, VA in 2017. 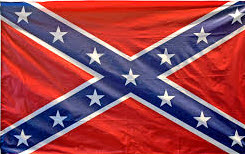 In November of 2018 Wilkerson met up with friend and fellow race historian Taylor Branch. (Branch is best known for writing the three-volume history of the Civil Rights Movement under Martin Luther King, Jr.). A month before, worshippers in a Pittsburgh synagogue had been gunned down by a white nationalist. They talked about the massacre and where they saw the country going. Both agreed the future looked bleak and that the population trends leading to 2042 were a major factor.

In that conversation Branch raised a question that has haunted me since the January 6 insurrection. He asked, “If people were given the choice between democracy and whiteness, how many would choose whiteness?” We saw the answer on January 6. At first it baffled me that the insurrectionists carried Trump signs, American flags and Confederate flags. Until reading Branch’s question, the clash of the American and Confederate  flags seemed contradictory, but not when you realize that to many white Americans to be American means to be white, to “Take America Back” is to reinforce white supremacy and that “Make American Great Again,” means to make America white again. The claim of a stolen and fraudulent election, for which there is not a shred of evidence, is a cover for trying to put BIPOC folks and the whites who seek to be allies back in their subordinate place.

The attempted insurrection by white domestic terrorists has been a long time coming, and the fact that Joe Biden’s and Kamala Harris’ inaugurations will be held in an armed camp is a sign it will not be the last time we see the attempt to lay siege to our democracy. In the late 1970’s Harvard law professor Derrick Bell began articulating what today is known as Critical Race Theory. One aspect of Bell’s theory is that one must always ask, “What role, does race play in court cases, policy decisions and legislative actions?” The events of the past four years and especially these last few weeks have shown clearly that Trump’s presidential tenure sought to re-establish the white dominant caste system which has been disrupted in significant ways by the election of Obama, the emergence of the Black Lives Matter and the immigrants’ rights movements, and the election of Kamala Harris as vice-president. 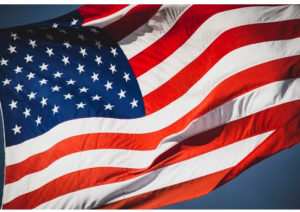 As such I think we can expect additional and possibly more violent assaults on our system and the people who lead them. We can expect more “take America back” type political efforts. So we must be vigilant and prepared. The road to 2042 will be difficult but it is where we are going and therefore something we must help the vast majority of nonviolent white Americans to see that this can be our future and it can be something to look forward to rather than fear.

I hope to live longer than my father and be able to experience the crossing of the threshold in 2042. However, more importantly, I want  to be part of the effort to help all citizens of this country (in the words of Dr. Martin Luther King, Jr. ) “to live out the true meaning of its creed that all [people] are created equal.”

Derrick Bell (1992).Faces at the Bottom of the Well: The Permanence of Racism. New York: Basic Books.