Today we visited Central High School in Little Rock, Arkansas where in 1957 nine African American students entered the all-white high school to fulfill the dictates of the 1954 Brown vs. Board of Education Supreme Court decision outlawing segregation in schools. It was chilling and inspiring to walk down the street that Elizabeth Eckford (one of the nine) walked by herself trough a rabid and hate-filled crown of white hecklers. As she walked thru the crowd Elizabeth looked for a friendly face and thought she had found one in an older white lady, but when she looked at her the woman spit on her.  Even as she turned to go home, she was harassed and spit on, until a white lady got her to a car to take here home.

We also heard from Phyllis Brown, younger sister of Minnijean Brown also one of the nine. Even after they were allowed in school they faced harassment every day from white students: spitting, name calling, being pushed down stairs, assaulted in gym and bathrooms, acid thrown on them and much worse. While each student had an armed guard assigned to them, they still fell victim to daily incidents by a small group of white students determined to make their life hell. The students tried to just go about their business without retaliation, but after about three months of this kind of treatment Minnijean dumped a bowl of chili on a student who was yelling epithets; for her actions she was expelled while the other students was sent home to change clothes and changed. Minnijean was later permanently expelled and was sent to New York to complete her high school years.
Each of the nine had/have their own stories, and while some fared better than others they all faced the same kind of harassment an degradation. I think back to high school as a time of fun, friends and fun. How must they look back on their experience?
The few white students who tried to reach out and befriend the nine themselves were threatened and harassed as were there parents. Thus, most whites afraid of ostracism and harassment themselves stood on the side, not helping the nine or stopping the harassment. So often even today we think if we didn’t actively participate in racist or oppressive acts that we are innocent of any wrong. But to stand aside and allow others to suffer without stepping and helping is to perpetuate and allow the evil to go on. I wonder, if I had been a white student at Central High that year, how would I have responded? Would I have stood aside like so many others?
However, the other thing that struck me today and throughout this trip was the long term effects of this kind of treatment on both the victim and the perpetrator. Supposedly, we are now in the “New South” and indeed life is much more peaceful than in the 1950’s and 1960’s. Yet the hate and prejudice among whites, while submerged, continues as seen in the Tea Party-type reactions to Barack Obama a few years ago til today.For other whites there is tremendous shame and guilt over what has happened. Among some African-Americans there is what Spencer Perkins calls “black residue,” this deep pain, anger, and distrust of whites that lingers deep and eats away at people’s souls. I know from my reading that Elizabeth Eckford has had a lifelong struggle with depression resulting from her experience in 1956.
Racism is a hideous evil, not only for the lives that were lost and damaged in the past, but for the ongoing pain and shame it causes both blacks and whites, and the way it continues to impact us today. Many whites are blind to the ongoing reality of racism, and consider it a thing of the past. Other whites, while more aware, feel guilty but often powerless to make a difference. Many blacks struggle with the residue of centuries of abuse expressed in so many ways: distrust of whites, black-on-black crime, low self-esteem and much more. The folks in the movement sang “We Shall Overcome;’ I pray that we can and do, but I am left to wonder if we can and will. 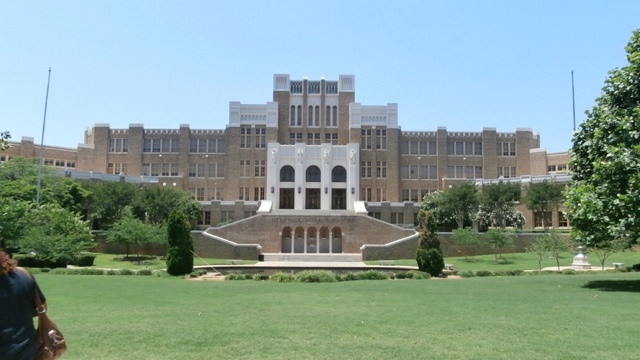 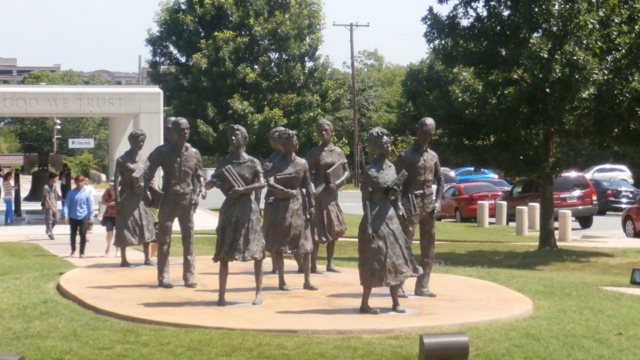