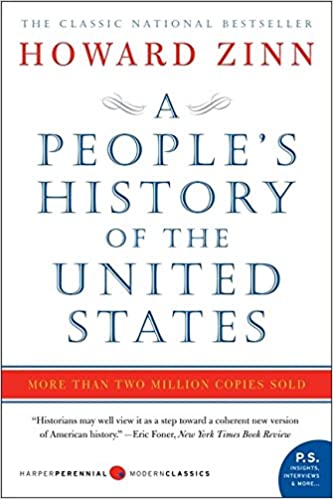 Donald Trump is confused. Just before Labor Day he criticized programs dealing with white privilege and critical race theory and said he didn’t think that institutional racism exists in his government. Months earlier had admitted to Bob Woodard that institutional racism did exist, but not in his administration. Then just last week the president criticized Howard Zinn and his groundbreaking book, The People’s History of the United States, which relates those parts of the American story often left out or minimized, such as the brutality of slavery, the experiences of indigenous people, the women’s’ movement, the battles for labor equity and much more. Now the White House is trying to keep that part of our history out of the curriculum in our schools. By such actions, he is giving us a perfect example of institutional racism.

When we talk about racism, we need to recognize that it exists in four different dimensions: the internalized, interpersonal, institutional, and systemic. The challenge is to see how racism has shaped us and not run away from the truth we see. So what is institutional racism?

Institutional racism is the expression of racial discrimination embedded in the structure, policy and practices of an organization. Most of the established institutions of our society were founded at a time when racial equity and inclusion were not the norm or major concern. Corporations, government agencies, hospitals, churches, nonprofits, universities and other such organizations came into being at a time when racial exclusion and division were the rule rather than the exception. Until the landmark 1954 Brown vs. the Board of Education Supreme Court case, racial segregation was not only the norm but also the law in most communities across the country. Thus, these institutions were established to reinforce those disparities and enshrined them in their policies and practices, which became locked in and self-reinforcing to the degree that people in those institutions did not have to think or act in racist ways; the organization did it for them. Because these practices are deeply embedded in organizational structure and culture, changing them can be extremely challenging and time-consuming.

Numerous examples of institutional racism have come to light in recent years. The 2014 shooting of Michael Brown by Ferguson, Missouri, police officer Darin Wilson revealed how normalized the shooting of African Americans by white police officers had become in police districts around the country. This pattern has been repeated numerous times and most recently in the shootings of Bronna Taylor, George Floyd, and Jacob Blake. Parents of children of color have begun to advocate for a more inclusive history curriculum in local schools and called attention to unfair disciplinary policies. Companies such as Denny’s Restaurants and Pepsi had to face class-action lawsuits for engaging in racially discriminatory ways. Even the President’s desire to tell the American story without reference to the struggles of Native Americans, Blacks, Latinx and numerous racial/ ethnic groups to gain acceptance and inclusion in American society embeds racism in the way U.S. history is told.

Closely related to institutional racism is systemic racism, wherein the interrelationship of a network of institutions has incorporated racially discriminatory policies and practices over time that have become the accepted norm and practice. Legal scholar Michelle Alexander has called attention to systemic racism in the U.S. criminal justice system and has documented in exquisite detail the way in which young African American men have been treated in racially discriminatory ways from the time they are arrested to the way they are judged in the courts, from the length of their sentences to the severity of their jail terms and release from prison. Through the passage of laws in the War on Drugs during the Reagan administration and the adoption of stop-and-frisk and racial profiling practices by police to sentencing guidelines in local courts, Alexander shows that the U.S. has instituted a “New Jim Crow era” in the criminal justice system. Similar examples of systematized racism can be found in the housing and real estate industry, state education systems and the practices of political parties, to name just a few.

Daria Roithmayr, author of Reproducing Racism, shows how systemic racism works in housing segregation, explaining how various institutions, including government agencies, banks, realtors and neighborhood associations coordinated so as to exclude families of color from moving into certain neighborhoods. This process then “locked in” racial segregation in housing. She calls these arrangements “racial cartels,” which over time normalize these practices and eventually are enforced without much thought or intention. Other institutions and systems like workplaces, schools and health facilities adjust their practices to accommodate the racial disparity. Eventually, the system reaches a tipping point, where the ability to undo the racial disparity requires a complex, Herculean effort because people and institutions are highly invested in the status quo. As in the case of institutional racism, systemic racism is self-reinforcing and becomes the standard practice by which everyone operates. Only when groups marginalized and oppressed by these systems begin to speak up and act in defiance of systemic practices does the embedded systemic racism begin to be challenged and changed.

The demonstrations and marches this summer have been calling attention to these kinds of inequities. Police brutality against African Americans is not new, nor are disparities in health care, housing and education. These expressions of institutional and systemic racism have been with us for all of U.S. history. Those most directly affected have been calling for change for a long time. It just that some of us are hearing these cries for the first time or in a new way that grabs our attention. Saying it doesn’t exist does not make it go away. Something must be done.

The Fallacy of Saying One is Not Racist

So often in conversations about racism, whites will defend themselves by claiming they are not racist. They don’t use the N-word, they don’t support white nationalists. They try in every way to treat people equally and agree with Dr. King’s charge to judge people by their character and not the color of their skin. In every way they seek to live a life where racism is not evident or even tolerated.

The fallacy in this claim is that it assumes that racism is only a personal belief or action and not woven through all aspects and levels of American life. Moreover, the claim of not being racist, is a denial of one’s participation in the systems and structures of society. Ibram X. Kendi, African American history professor and author of  How to Be an Antiracist, puts it this way: “The opposite of ‘racist’ isn’t ‘not racist.’ It’s ‘antiracist.’” Kendi continues: “One endorses either the idea of a racial hierarchy as racist, or racial equality as an antiracist. One either believes problems are rooted in groups of people, as a racist, or locates the roots of problems in power and politics, as an antiracist. One either allows racial inequities to persevere, as a racist, or confronts racial inequities, as an antiracist. There is no in-between safe space of “not racist.” The claim of “not racist” neutrality is a mask for racism.

As long as whites remain complacent in their stance of not being racist, they remain part of the problem to be overcome and enable institutional racism to persist. As long as we do not challenge and change the policies and practices of our institutions, institutional and systemic racism will continue to afflict the most vulnerable in our society. Racism is a cancer in our society. Either we work to overcome it or succumb to it. There is no middle ground.

While the President likes to boast he is “the least racist person there is,” by using the power of his office to influence the way U.S. history is told and supporting those historians wanting to write Howard Zinn out of the curriculum, it is one of the ways he is actively promoting institutional racism. There are many more examples we could point to. He really is confused.

[Excerpts of this blog come from my forthcoming book Disrupting Whiteness: Talking to White People About Racism due out November 2020]